A TOUR de France spectator is to be sued after she caused a major pile-up of cyclists while apparently trying to get on television.

The woman, who has not yet been identified, is currently being hunted down by police after she caused the crash which forced one cyclist to leave the race due to injuries, and caused multiple other cyclists and spectators to be hurt.

It appears the spectator was attempting to get on television when she walked partly into the road holding a large cardboard sign which read 'Allez Opi-Omi!', roughly translating as 'Come on Grandad-Granny!', in a mixture of French and German.

The woman appeared to be looking straight at the TV cameras with her back to the cyclists, and German cyclist Tony Martin cycled directly into the cardboard sign and was sent hurtling to the ground. 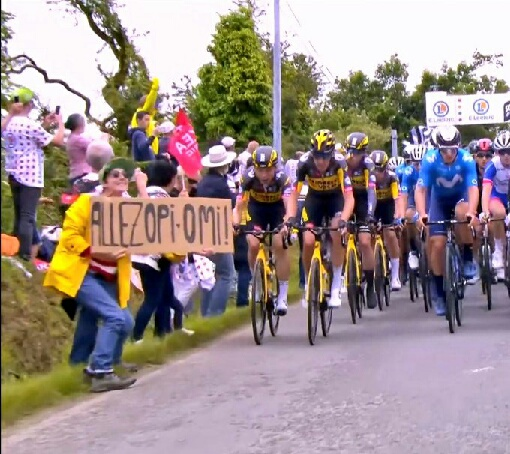 Martin's fall created a domino effect, with multiple other riders crashing into Martin and creating a pile-up on the road almost 50km from the end of the race.

Police are now searching for the woman who caused the crash, who is believed to have fled the scene; local officers have appealed for information from the public to track the spectator down. 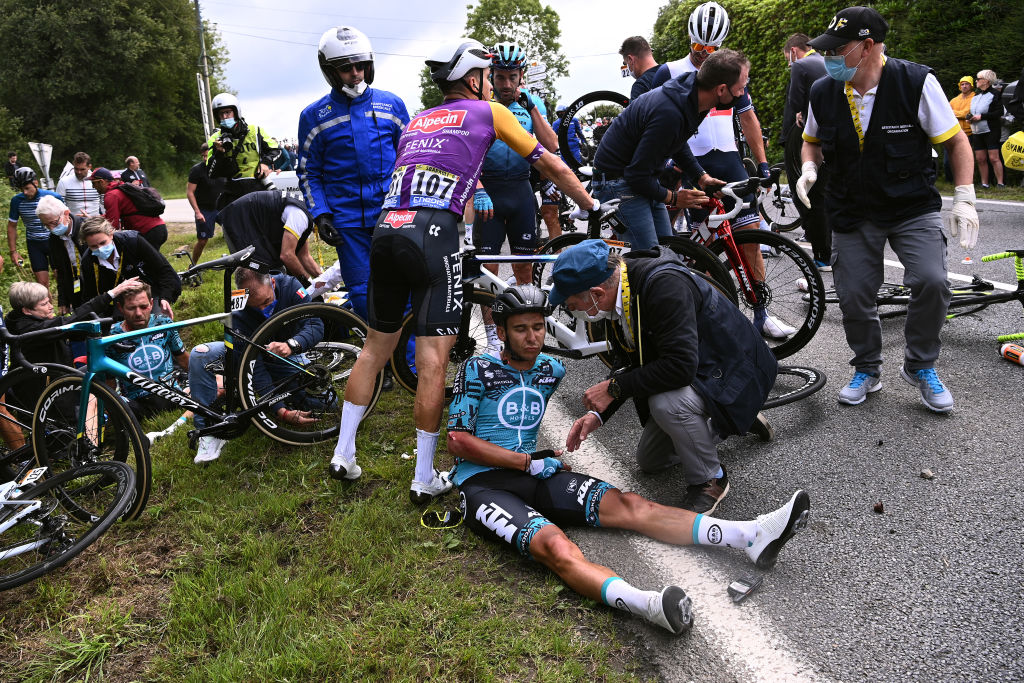 As can be seen in the image released by police, the woman was wearing dark glasses, a yellow coat, white jumper and blue jeans.

Tour deputy director Pierre-Yves Thousalt confirmed to the AFP news agency that the woman would be sued "so that the tiny minority of people who do this don't spoil the show for everyone", Sky News reports.

Following the incident, Tour de France organisers took to social media where they said while they were "glad to have the public on the side of the road", people must "respect the safety of the riders" and not "risk everything for a photo or to get on television".