GLASGOW'S first permanent memorial dedicated solely to the Irish Famine, An Gorta Mór, has been unveiled.

The Tower of Silence, created by Donegal sculptor John McCarron, is the result of years of hard work and fundraising efforts from Coiste Cuimhneachain An Gorta Mór (the Great Hunger Memorial Committee).

The memorial, located in the grounds of St Mary’s Church on Abercromby Street in Calton, remembers those who died or were displaced by the Great Famine. 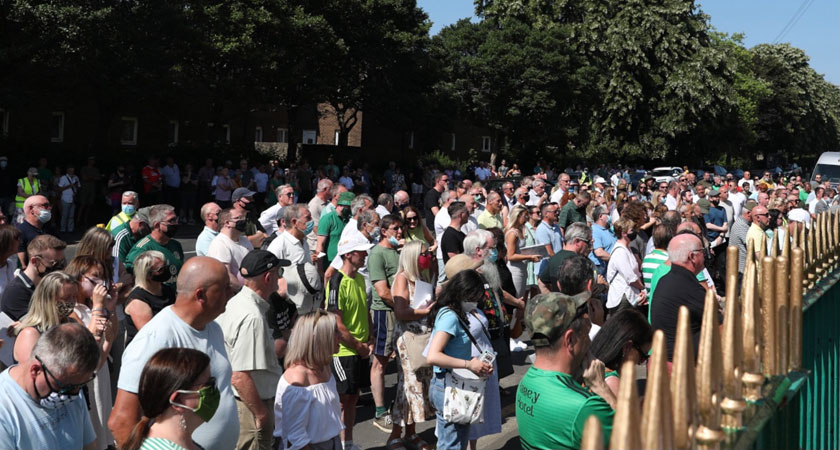 Around 100,000 Irish people fled to Scotland in the 1840s to escape the death and devastation wrought by the Famine.

Speaking at the unveiling last week, Canon Tom White, Parish Priest of St Mary’s, expressed his pride after his church was chosen as the location for the monument.

“It seemed natural that this church, which was built by the Irish to shepherd and care for the Irish, would host a living memorial to their memory," he said. 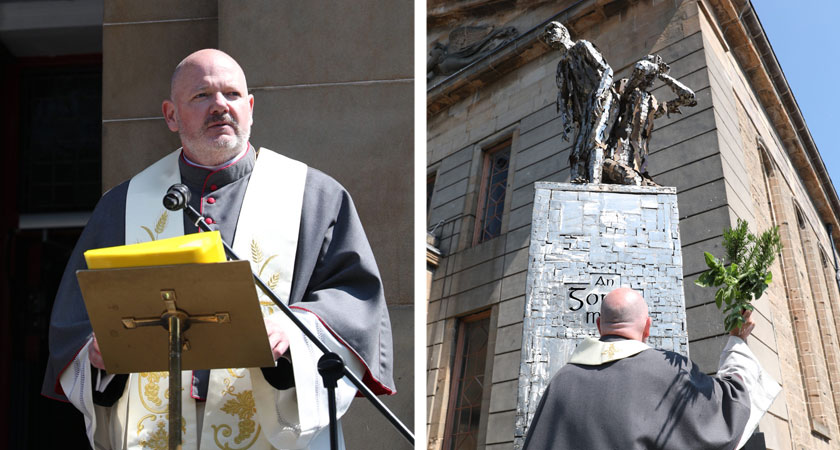 “This memorial here, this tower of silence, will speak volumes, and I’m delighted and grateful to the committee, who pioneered this work, commissioned this work and saw it fruitfully executed to this day."

'Today is our day'

Jeanette Findlay Chair of Coiste Cuimhneachain An Gorta Mór, said the memorial, as well as being a symbol of what Irish people endured, also reflected the efforts of those Irish and their descendants who thrived in Glasgow.

“Today is our day, the day for the children of those impoverished and brutalised people who managed to reach these shores, to finally see that part of history, that terrible part, acknowledged and remembered in a physical and permanent way,” she said. 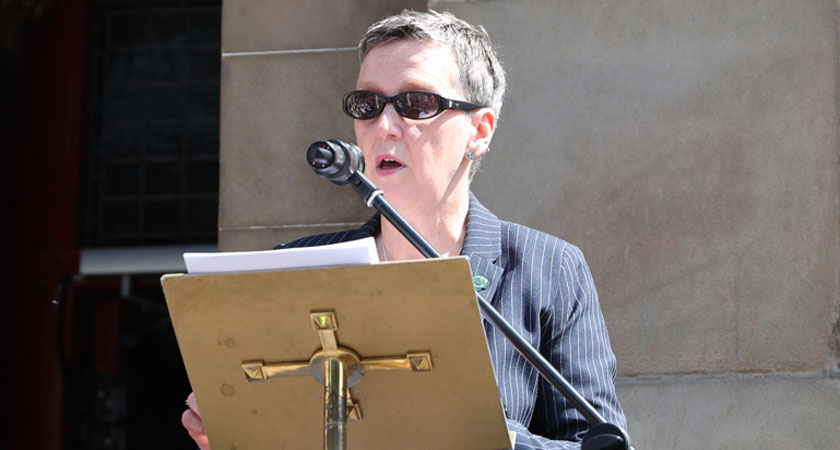 “So in that sense, while it is a time for reflection on the awful reality that they endured, it is also a time for celebration that they did endure, they did survive and they, in large part, flourished in this city.”

Findlay also said the memorial should act as a reminder of how Glaswegians today should treat immigrants to the city.

“This memorial should be a reminder to us that we owe it to our own ancestors to be the welcoming community to new arrivals in Glasgow that we wish our ancestors had met all those decades ago, and to treat them as we wish our own had been treated, and were treated, by the honourable few,” she said.

McCarron's memorial was chosen after a public consultation on three proposed designs.

It combines a stainless steel column representing the industrial city of Glasgow, with steel patchwork echoing the stone cabins the rural Irish were forced to leave. 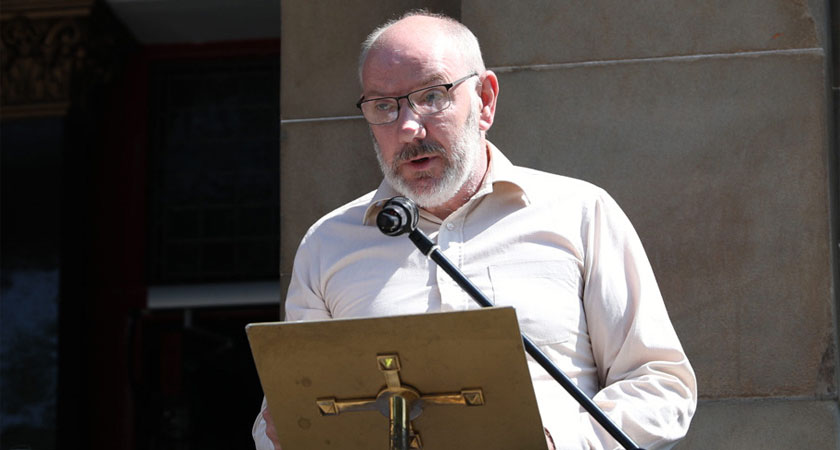 Semi-abstract steel figures on top of the column show the desperation of those who fled to Scotland.

The column contains the final verse of the poem The Stricken Land written in 1847 by Lady Jane Wilde under the name Speranza.

It is the first memorial in Glasgow dedicated solely to the Famine, following a previous memorial that paid tribute to An Gorta Mór as well as victims of the Highland Famine of the mid-1800s.

On Tuesday, Labour MSP Paul Sweeney lodged a motion at Holyrood calling on the Scottish Parliament to congratulate Coiste Cuimhneachain An Gorta Mór and all involved on their efforts.

Memorial to victims of Ireland's Great Famine is unveiled in Glasgow