TRIBUTES HAVE been paid to Irish soldier Private Mark Mahon following his passing earlier this week.

Pivate Mahon was stationed at Stephens Barracks in County Kilkenny when he suddenly passed away yesterday, Thursday 11 February, after falling ill.

He was found by a colleague, who called for medical assistance, but despite the best efforts of emergency staff and the staff at St Luke's Hospital, the 26-year-old was sadly pronounced dead. 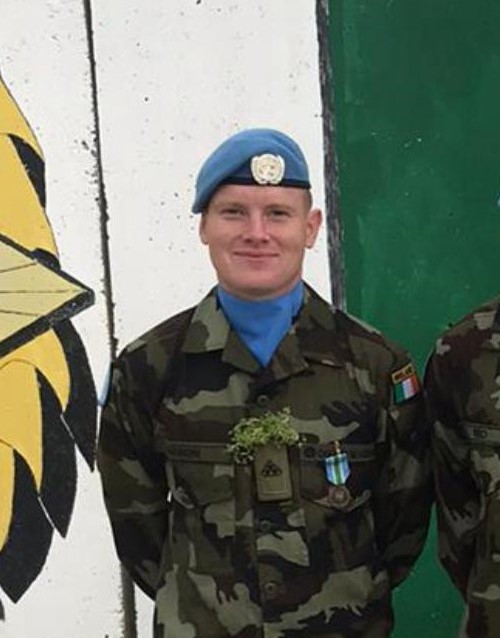 The Irish Defence Forces/Óglaigh na hÉireann confirmed Private Mahon's sad death in a statement, where they paid tribute to the "integral part" of the 3 Infantry Battalion.

"Mark was an integral part of the 3 Infantry Battalion where he served with distinction both at home and overseas. He will sorely missed by all of his friends, comrades and colleagues serving in Stephens’ Barracks Kilkenny.

Private Mark Mahon, an avid sportsman who joined the Irish Defence Forces in 2015 and served as a peacekeeper in Lebanon with distinction, leaves behind his parents, younger sister, beloved girlfriend and heartbroken extended family and friends.

A family liaison officer has been assigned to assist Private Mahon's family in their grief at this difficult time, the Irish Defence Forces confirmed.

'Don't have too much fun without us': Irish soldiers stationed abroad send their Christmas messages home