CHRISTMAS HAS come extra early for film fans this year with the launch of a new channel showing nothing but festive favourites in the run-up to December 25th.

There are still 90 shopping days left before the big day arrives but that hasn’t stopped True Movies getting the festivities kick-started early with the arrival of spin-off channel True Christmas.

True Christmas will be showing nothing but Christmas films for the next three months in an attempt to get everyone in the mood for what is to come.

Best (or worst) of all, the channel is free to watch on all the major digital TV platforms including Freeview (Channel 62), Sky (185) and Virgin (424).

Anyone tuning in in hopes of watching classics like Home Alone, Miracle on 34th Street or maybe even Die Hard could be left bitterly disappointed though.

Rather than showcase some of your most beloved Christmas movies, True Christmas’s schedule features some previously unheard of festive fare.

There’s the Single Santa Meets Mrs. Claus, a made-for-TV movie starring Police Academy and Three Men and A Baby actor Steve Guttenberg as a Santa-in-waiting in search of love.

Or, failing that, Santa Jr. might take your fancy.

Another TV movie effort, this one stars Dumb and Dumber’s Lauren Holly alongside The Breakfast Club alumni Judd Nelson and centres on St. Nick’s wayward son. 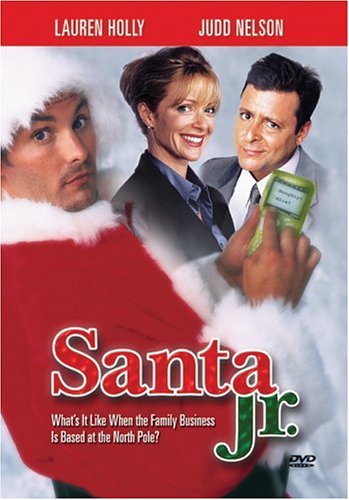 This one fared slightly worse on IMDB, with a user rating of 5.7/10.

With three months of schedule to fill with Christmas movies, the suspicion is that the good ones are being saved until some point closer to the big day.