ASK SOMEONE to pick their favourite Christmas film and it’s unlikely they would plump for Arnold Schwarzenegger’s Jingle All the Way.

Purporting to showcase the true meaning of Christmas, the plot centres on Howard Langston (Schwarzenegger), a mattress salesman who embarks on a mad Christmas eve dash to try and secure the Turbo Man action figure he promised his son.

A brash, middle-of-the-road comedy that relies heavily on slapstick humour, Jingle All the Way’s biggest crime came from the fact it presented itself as a satire on materialism despite the fact Turbo Man action figures were created and sold to tie-in with the film’s release.

Despite poor reviews and a modest box office return, Jingle All The Way has been able to garner a cult festive following, helped by Schwarzenegger’s manic central performance and the efforts of co-stars like Sinbad and the late Phil Hartman.

The film’s festive setting has also ensured it is broadcast regularly throughout the Christmas period with those repeat viewings resulting in something else: fan theories.

A popular pastime of a select few on the internet, fan theories offer up a unique perspective on an often watched classic. Christmas films like Home Alone have enjoyed more fan theories than most.

Like the one suggesting Kevin McCallister’s dad is a career criminal or the one purporting that Elvis can be spotted in the background on one scene during the film.

Now Jingle All the Way has been given fan theory treatment thanks to the good folk over on the Ireland sub-Reddit.

It comes from user u/TerrifiedCup who made a rather startling discover: Gerry Adams was in Jingle All the Way. 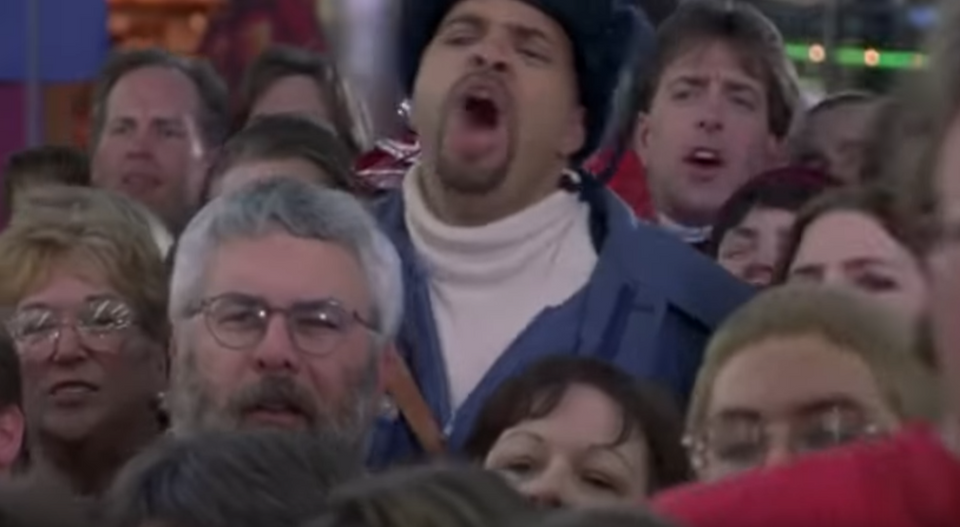 Or someone who looks a lot like Adams, at least.

The beard, hair and glasses combo are all present and correct. He could certainly pass for Adams if you squint.

It’s all a bit of fun, of course and plenty of fellow Reddit users were happy to weigh in with some tongue-in-cheek jokes around the Adams sighting.

"Gerry is not, and has never been, a member of the Jingle All The Way cast," one wrote.

"However, Gerry has never disassociated himself with the cast of Jingle All The Way," another chipped in.

The Jingle All the Way IMDB page makes no mention of Adams featuring in the cast, so we’ll have to put this one down to a case of mistaken identity.

Still, it’s nice to imagine Schwarzenegger going toe-to-toe with Gerry for one of those coveted Turbo Man dolls.