But, much like John McClane at the Nakatomi Plaza, Die Hard got invited to the Christmas Party by mistake and has been making a nuisance of itself ever since.

The internet continues to debate its merits as a festive flick, but here at The Irish Post we’re in no doubt as to the film’s rightful place alongside Christmas classics like Home Alone, Miracle On 34th Street and, er, Jingle All The Way?

Here are just a few reasons why.

Let’s start with the most obvious reason, shall we? Like the fact the events of that fateful night, high up in Nakatomi Plaza, take place on Christmas Eve, no less.

Leaving aside the absurd notion that any employer would hold their Christmas work do on Christmas Eve, it’s worth noting that the original book the film is based on, Roderick Thorp’s Nothing Lasts Forever, is also set on December 24th. So it was always Christmas themed.

John McClane is a modern-day Santa 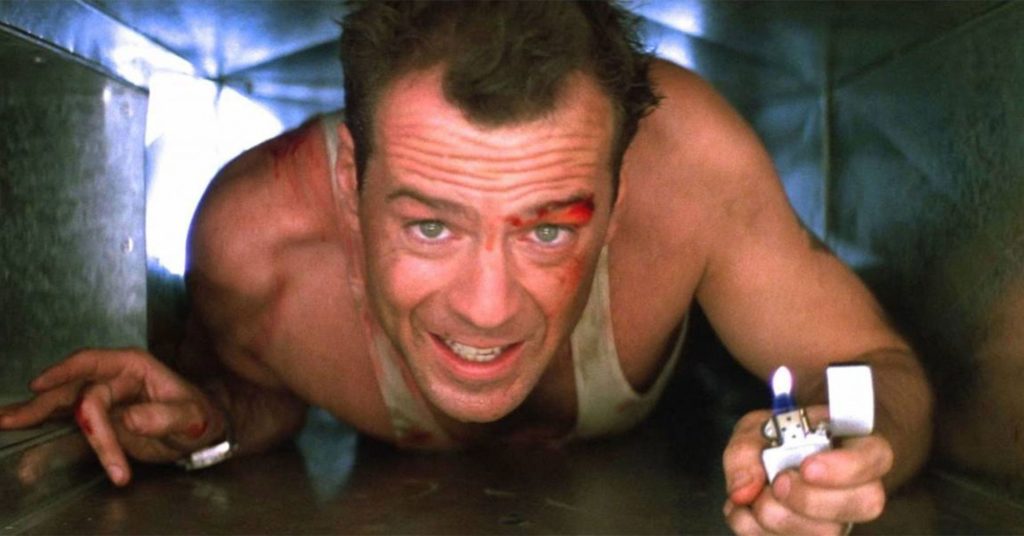 Think about it this way: a mysterious stranger turns up at Nakatomi Plaza. No one knows who he is at first, but soon enough he begins his mission of spreading joy to the good folk being held hostage.

That man is no ordinary guy - he's John McClane and he's a gun-toting Santa. As he picks off the hostage-takers McClane is "making a list and checking it twice" gradually finding out "who’s naughty and nice".

He also "knows if you’ve been bad or good" so no fake American accents are going to fool him. And remember to "be good for goodness sake" – or you'll end up like the film's office drug-fiend Harry Ellis.

It’s basically the story of The Nativity

Die Hard doesn’t just work as an allegory for Santa spreading his message of Christmas cheer via machine gun though - it’s also got biblical connotations.

John McClane is Joseph, the weary traveller of the tale, who arrives at the Plaza seeking shelter with his family and spends much of the film looking for footwear of any kind.

He’s travelled a long way to be there too and is happy to rest anywhere. Throw in the fact that one of the Nakatomi employees is a heavily pregnant woman and the parallels are pretty clear to see. 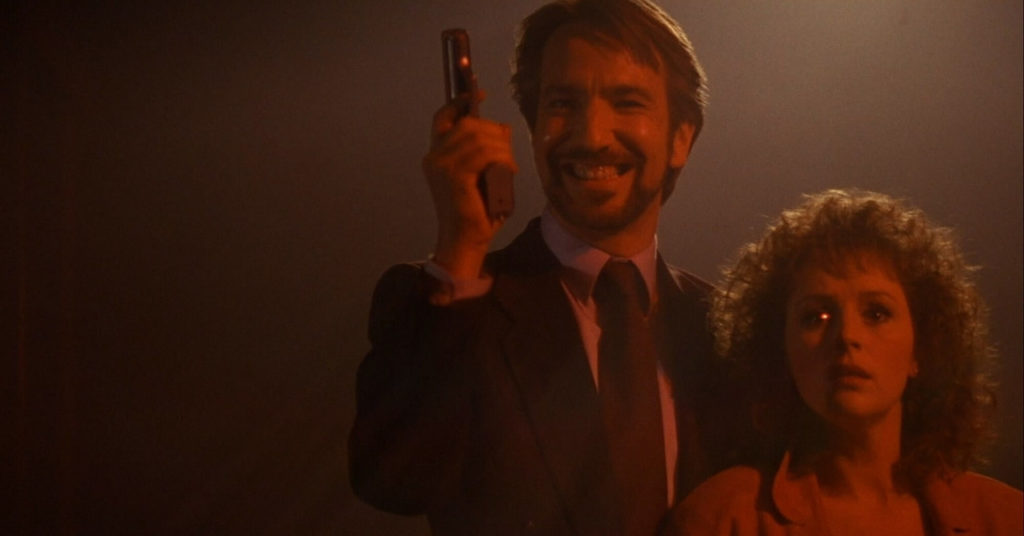 Forget Love Actually or any of that mucky romantic rubbish – at the heart of Die Hard is a love story that resonates more with most common folk than any of that fluffy junk.

It’s about a man and a woman who spend the majority of their time together bickering but eventually put that all to one side and end up having a happy Christmas. That sounds like pretty much every family Christmas since the beginning of time. 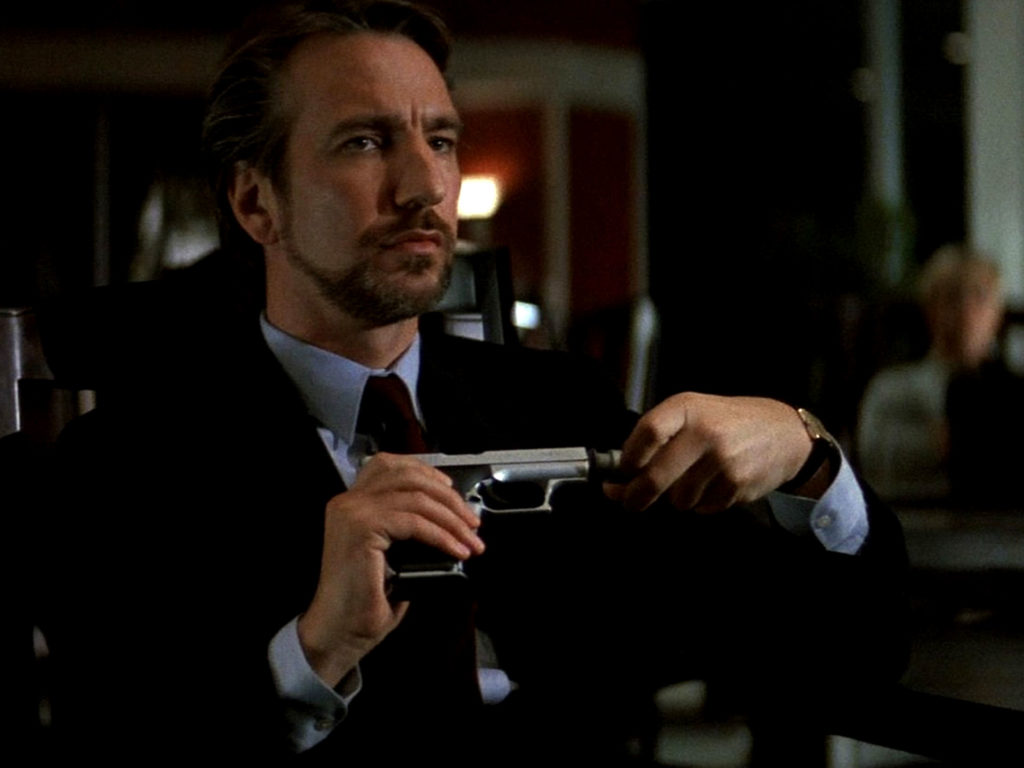 A creepy looking dude with a sneaky grin and an evil plan to ruin Christmas? The late Alan Rickman’s Hans Gruber is basically a human incarnation of the Grinch, with a dash of Ebenezer Scrooge thrown in for good measure.

By the end of the movie, Gruber has realised the error of his ways though. It's just a shame that that moment of realisation comes as he falls from the top of a skyscraper.

A bit late for that, Hans, booby.

It’s got lots of Christmas cheer 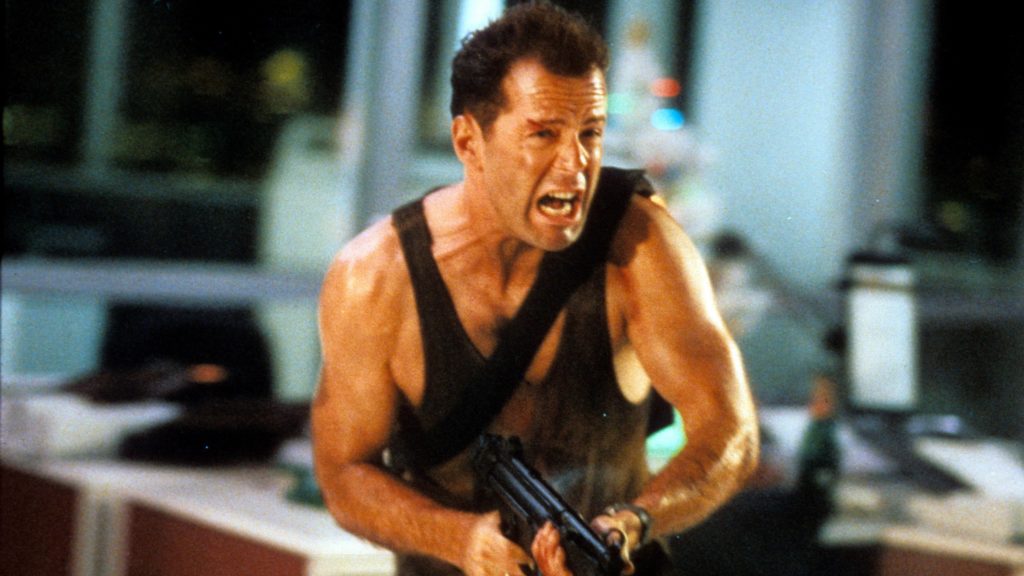 Stuart and de Souza’s script is full of memorable lines and a few absolute zingers that are sure to keep you laughing after multiple views.

There’s also something deeply satisfying about watching an office getting machine-gunned to bits, safe in the knowledge you won’t have to return to work until after the New Year.

It’s a story about friendship

All good Christmas movies are about bringing people together and there are few bonds stronger than the one that develops between McClane and Sergeant Ray Powell, the cop who keeps in contact with him via radio during the siege. It’s the ultimate bromance and a great extra touch that adds to the Christmas feel of the movie.

Watch their first face-to-face meeting and tell us you don’t get goosebumps. Ray shot a kid, but John helped him get his humanity back. And all it took was a major terrorist situation. Ah, bless.