The UVF, UDA, PIRA and the INLA: Paramilitary groups of Northern Ireland explained 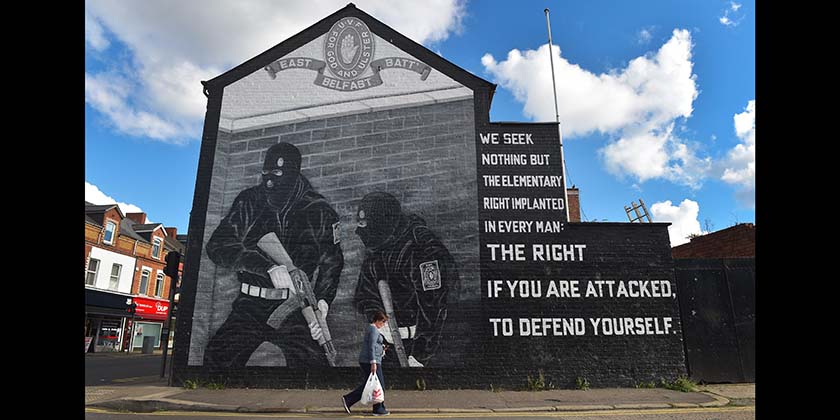 The UVF was formed in 1966, as a response to what some saw as a rise in Irish nationalism coming up to the 5oth anniversary of the 1916 Easter Rising. It's first leader was Gusty Spence, a former British soldier.

Headquartered in Belfast, the goals of the UVF were to combat Irish republicanism and to remain part of the United Kingdom.

According to this report by the PSNI and MI5, the UVF was responsible for the first three deaths of the Troubles in 1966. Between 1966 and 1999, the UVF and a closely linked group, the Red Hand Commando, were responsible for 544 further murders.

The UVF called a ceasefire in 1994, however, it is believed that the group has very "limited" control over its members, with some involved in organised crime and loyalist feuds with the Ulster Defence Association. In the summer of 2000, the UVF/UDA feud culminated in the deaths of seven people. They called a ceasefire to the feud the following December.

In June 2009, the UVF formally decommissioned their weapons, stating their weapons and explosives were, "totally and irreversibly beyond use".

Irrespective of the declared ceasefire, in 2013 the PSNI warned the UVF were no longer on ceasefire after a 15-year-old boy was shot in both legs in Coleraine. During the same incident, the UVF distributed leaflets naming and threatening people they alleged were involved in anti-social behaviour. 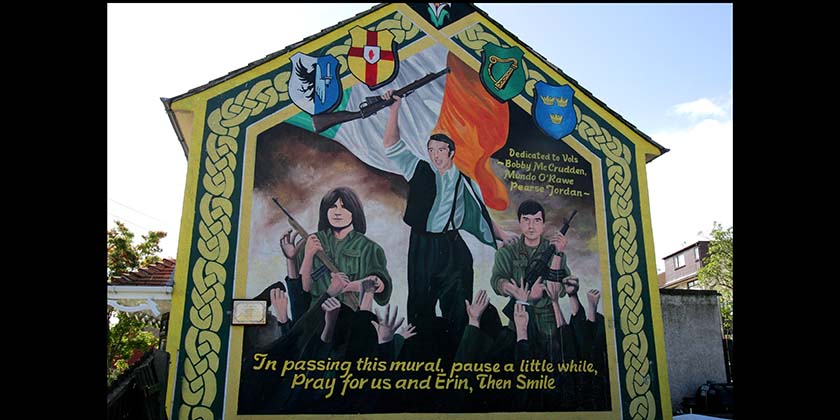 The Provisional Irish Republican Army (PIRA) broke away from the Official IRA in 1969 over how to deal with rising violence in Northern Ireland.

With their official headquarters unknown, the PIRA's primary goal was to force British Forces to withdraw from Ireland and to form a republic encompassing the whole island of Ireland.

They called a ceasefire in 1997, and supported the 1998 Good Friday Agreement. In 2005, the PIRA officially disarmed under the Independent International Commission on Decommissioning which was set up to oversee the decommission of paramilitary weapons in Northern Ireland as part of the peace process.

Since the ceasefire, the PIRA has had several splinter groups emerge, primarily the Continuity IRA and Real IRA.

There is evidence to suggest the Continuity IRA is still involved in dissident activity as officers from the PSNI discovered weapons and pipe bombs in a Continuity IRA area recently. 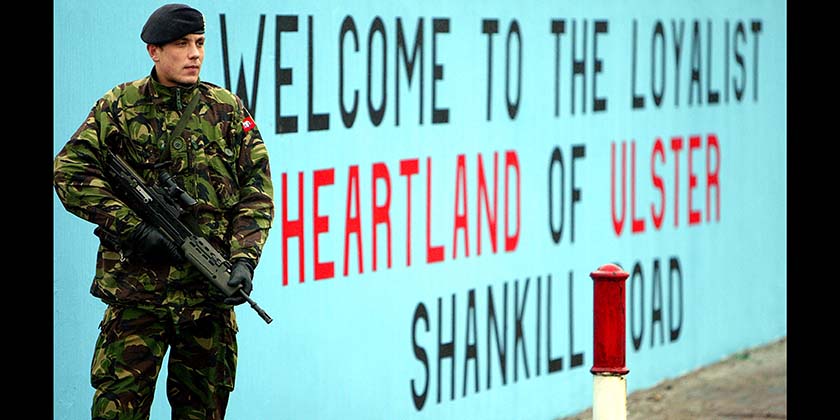 A British soldier in front of a UDA mural on the lower Shankill road, Belfast. (Photo: Stringer/Getty Images)

Formed in 1971 and headquartered in Belfast, the UDA's primary motive was to defend Ulster loyalist Protestant areas and combat Irish republicanism, primarily by the IRA.

On the evening of Sunday, August 7, 2016 former leader of the North Belfast brigade of the UDA, John Boreland, was shot dead in the Ballysillian Road area in the north side of the city. Other UDA members have also associated with criminal and sectarian gangs. 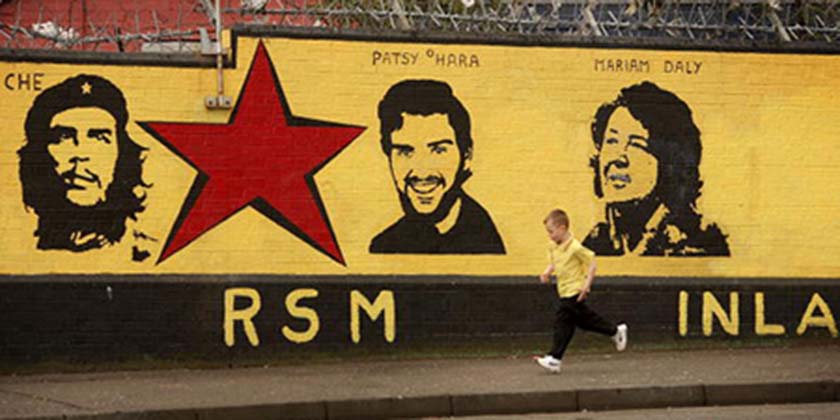 Smaller than the PIRA, the Irish National Liberation Army (INLA), were mobilised first in 1974 during the Troubles. Its primary aim was to remove Northern Ireland from the United Kingdom and create a socialist republic encompassing all of Ireland.

High profile attacks by the INLA include the Droppin Well bombing, the 1994 Shankill Road killings and the assassinations of Airey Neave, the shadow secretary of state for Northern Ireland and Billy Wright, commander of the Mid-Ulster Brigade of the UVF.

The INLA called a ceasefire in 1998, and the following year declared the "war is over".

The INLA ended their armed campaign in 2009, instead saying they would pursue their political objectives by "exclusively peaceful political struggle."

According to the PSNI/MI5 report, as of October 2015, "the INLA is otherwise focused on the principally on criminal activity for the personal gain of its membership."