Vikings invade Wicklow...but don't worry it's only for a chance to be on TV

Ireland has gone back to its bearded warrior roots this week with hundreds turning out to audition for a part in the epic History Channel show Vikings.

After last week's successful  auditions in Dublin’s Temple Bar, fans are today lining up in Wicklow town for their chance to be cast as an extra in the up-coming new series.

From punk hairstyle to sporty types over six foot, castings directors have been meeting scores of budding TV stars – many of whom have made the trip over from Britain to secure their part in the fourth season.

To help create an authentic setting, fishermen, musicians, animal handlers, tree surgeons, archers and blacksmiths had all been encouraged to audition for one of the 8,000 extra parts being filled for the Irish-Canadian production.

"It's actually like Vikings have landed in Wicklow...bearded and long haired men everywhere you turn," Wicklow's Katie Roche tweeted today. 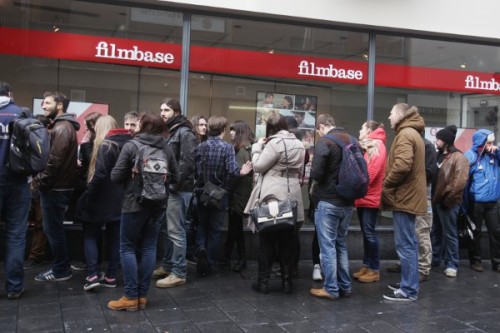 Filming for the series, which takes place in Wicklow, will run from this month until the end of the year.

Wannabe extras queued for over five hours last week in Dublin to be considered for a part in the 16 episode series.

Kildare’s Brandon Gately posted on Facebook: “Queued from 10 o'clock, four and a half hours later, got in, hopefully it was worth it.”

While Dubliner Lee Thompson added: “Just back from interview, absolutely chuffed. The man seemed to like the way I look, said to keep the beard and hair growing so must want me to come back, with a bit of luck.” 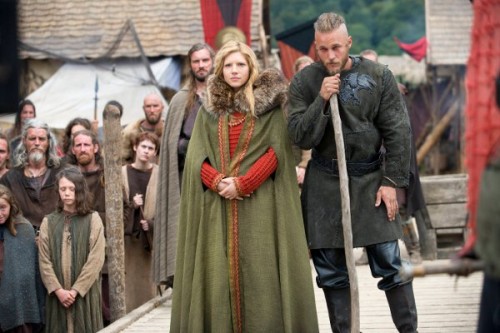 Warrior King Ragnar Lothbrok, pictured above, is one of the main characters in the History Channel series Vikings

The fourth series is expected to focus on King Lothbrok’s son Bjorn.

In a shout out to dedicated extras and fans who’ve appeared in previous series of the show, Vikings producers described how the extras has overcome “long hours, harsh terrain and rough weather” while filming series three last year.

“We have been lucky to have a group of folks that have been loyal to the show since season one,” they said. “Add to that people consistently coming and going as new characters and plot lines develop, and the atmosphere has been fantastic.”