Which member of the Royal Family made the racist remark about Harry and Meghan's baby?

ON SUNDAY EVENING the most anticipated interview of the year was released, and it didn't disappoint.

Whether you love or loathe the Duke and Duchess and Sussex, or indeed the British Royal Family, you must admit that the relationship between the two parties has just been strained to an almost irreparable degree.

During their two-hour 'big reveal' with Oprah Winfrey, Meghan Markle and Prince Harry hinted at, intimated and outright declared that the Royal Family had a lot to answer for.

But perhaps the most damning indictment was their accusation that a member of the family had made a racist remark about their yet-to-be-born baby Archie.

So who was it that made this remark? Here's everything we know, so far: 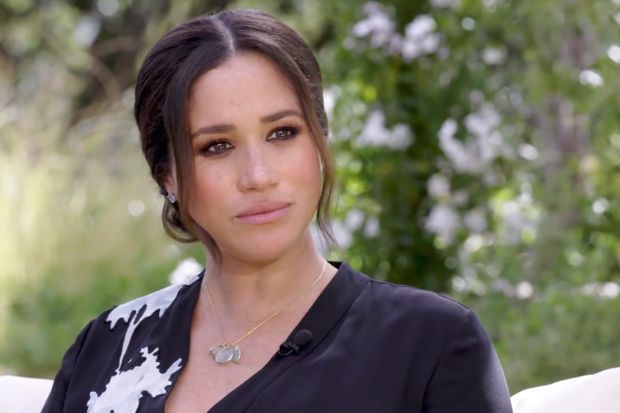 What did Meghan say?

Meghan has claimed that while she was pregnant with her baby Archie, who is now 22-months-old, there were "conversations" happening in the Palace about how dark her son's skin might be, and suggested that an unnamed member of the family had raised "concerns" about this.

She told Oprah: "In those months when I was pregnant, all around this same time, we have in tandem the conversation of he [Archie] won't be given security, he's not going to be given a title, and also concerns and conversations about how dark his skin might be when he's born."

So which family member made the racist remark?

Neither Meghan nor Harry have disclosed who the supposed culprit is, but made sure to rule out the Queen, as well as her husband the Duke of Edinburgh Prince Phillip.

The indications are though that it was close family member who raised the concern, and some have speculated that remarks may have been made by Prince Charles, his wife Camilla Parker-Bowles, Prince William or possibly his wife the Duchess of Cambridge.

What did Harry say?

"That conversation, I'm never going to share," he told Oprah.

"But at the time it was awkward, I was a bit shocked."

Some, including Piers Morgan, have slammed Harry and Meghan for throwing an accusation of racism at a member of their family, without revealing which family member is the guilty party, unfairly smearing the entire family in the process.

What did Piers Morgan say?

Morgan tweeted on Monday: "As for the racism claims, if this happened we need names or everyone there gets smeared with the same terrible charge."

"They trash everybody," Morgan said during Monday's episode of Good Morning Britain.

"They basically make out that the Royal Family are a bunch of white supremacists, by dropping this [racism] bombshell.

"They didn't name anyone. They just throw it out there, it could be any member of the Royal Family, they didn't name which one it was, and Harry says: 'I'll never say who it was', well you better say it fast.

"It's odd though because [Harry] was comfortable sharing everything else in that interview, but [he] was prepared to just let that bombshell lie just completely unanswered, so we now have to think it could be any one of the Royal Family that was apparently racist about the skin colour of your child.