EARLIER this week Archbishop Diarmuid Martin said he was "unhappy" with activities alleged to be taking place at Ireland's national seminary.

The Catholic clergyman also said he would be removing his priests-in-training from the Maynooth-based college and instead sending them to Rome.

The Archbishop's comments come amidst anonymous allegations of misconduct and gay sexual activity at the Co. Kildare-based seminary, which is home to 55 priests-in-training.

Once noted as the oldest seminary in the world, St. Patrick's College is this week at the centre of a series of controversial claims.

When contacted by The Irish Post both Maynooth seminary and The Irish Catholic Bishops’ Conference said they would be making no further comment on the matter.

We look at the story so far... 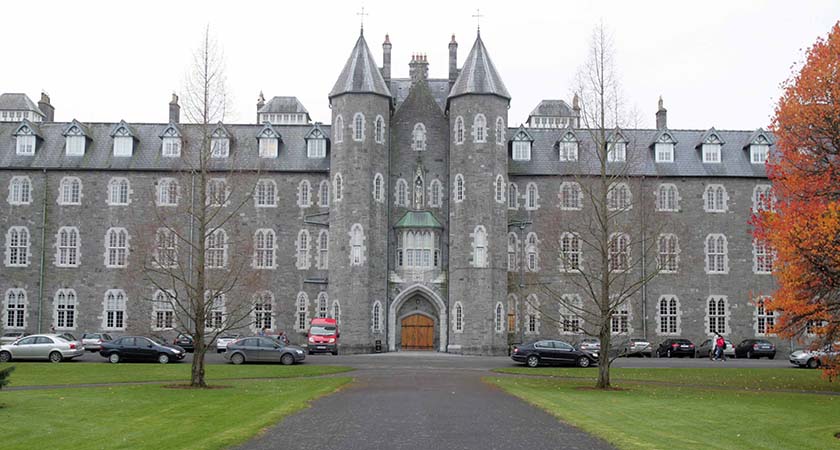 On Monday the Catholic Archbishop of Dublin Diarmuid Martin said he was going to cease sending seminarians in his care to the Maynooth.

The respected cleric told The Irish Times that he had concerns about the seminary adding there "seems to an atmosphere of strange goings-on there. It seems like a quarrelsome place with anonymous letters being sent around.

The Archbishop said he intended to move his priests to the Irish Pontifical College in Rome where he felt there was a better "grounding".

When contacted by The Irish Post a spokesperson from the Catholic Communications Office said there was no further comment to make on the matter.

It has been claimed that letters listing a series of allegations about both the behaviour and treatment of students at St Patrick's College have been submitted anonymously and posted on blogs.

Archbishop Martin referred to the letters during an RTÉ Radio 1 interview this week when explaining his reasons for wanting to remove his priests from the national seminary.

He said the culture of anonymous letters was "poisonous". He also labelled the attitude at Maynooth as being "quarrelsome" as a result.

The Archbishop said he would be happier sending his students elsewhere until that was cleared up.

He said if this was true, “it would be inappropriate for seminarians, not just because they’re training to be celibate priests, but because an app like that is something which is fostering promiscuous sexuality, which is certainly not in any way the mature vision of sexuality one would expect a priest to understand.”

In what has been referred to as a gay sub culture, it had been alleged that the letters contain information that a number of seminarians were using the app from the college in contravention to celibacy rules for priests.

In response Monsignor Hugh Connolly, President of St Patrick's College, Maynooth said in an interview with RTE's Drive Time programme that he was "worried" and "unhappy" with regards to anonymous allegations surrounding seminarians' activities on Grindr and gay dating apps.

"[We] expect all seminarians to live celibately here... A seminarian must know very clearly and honestly that he is preparing for a lifetime of celibacy," he said. "That is part and parcel of what it means to be a priest and that’s not negotiable.

"So clearly anything that compromises that in anyway, which involves sexual activity or inappropriate social media apps or any of that particular domain, is simply wrong and incompatible with life in seminary." 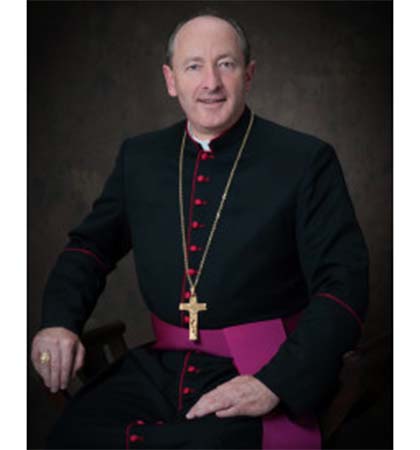 Bishop Alphonsus Cullinan of Lismore already sends his seminarians to the Irish Pontifical College in Rome. Picture: Diocese of Waterford and Lismore

Other Bishops are supporting Maynooth

The Irish Times emailed Ireland's 26 Catholic bishops to query whether they would still send their seminarians to Maynooth.

At the time of publishing, 14 of the bishops responded saying they would continue sending seminarians to St Patrick's College in Maynooth.

Of the remaining bishops, Bishop of Elphin Kevin Doran said he would be guided by "the formation needs and personal aptitudes of the individual concerned".

Two bishops were away, another currently had no seminarians and Bishop Alphonsus Cullinan of Waterford already sends his seminarians to Rome.

Since Archbishop Martin's revelations, former associates of the college have spoken publicly about practices at the seminary.

Former seminary lecturer Mark Dooley said that "excessive drinking and dubious sexual practices" is "not new" at the seminary.

Speaking to the Irish independent he claims he was approached by a number of students in 2010 who wanted to "get things off their chest".

The Daily Mail columnist says the students were upset because they were surrounded by a culture of "excessive drinking and promiscuity" and this wasn't the life of a priest as they envisaged.

It has been reported that an ex-trainee priest was due to meet with the sexual assault unit of An Garda Síochána to file a formal complaint against a member of staff from the Maynooth seminary.

It's claimed the former seminarian is making a complaint of harassment against a senior priest at the college.

When contacted by The Irish Post An Garda Síochána were unaware of any formal complaints as yet lodged with them.

In the RTÉ Drive Time interview, Monsignor Connolly has said: "At present [the seminary] have no such complaints before us, nor am I aware of such complaints."

The Monsignor went on to add: "Any complaint that someone feels l is criminal and should be brought to the statutory authorities, I would urge them to do so without delay because that’s the nature of how matters are resolved."

The Irish Times has reported that the college has said there is "no concrete or credible evidence of the existence of any alleged 'active gay subculture'."

It also reports the college, when alluding to the existence of the letters, says they did not include any allegations of sexual misconduct by staff.

When contacted by The Irish Post Maynooth seminary said it would not be making an further comment.