AN ONLINE fundraising campaign for the young toddler seriously injured in a hit-and-run in Cork last month has raised close to €20,000 in the space of just three days.

Two-year-old Zac Higgins remains in an induced coma in Temple Street Hospital in Dublin after being hit by a car on Skehard Road in Cork at 4pm on Monday, March 25th.

He was hit by a blue Mazda 6 which immediately left the scene.

Zac suffered a broken shoulder blade and collarbone and a bleed on the brain while his head also had to be glued.

His father, Paul, took to Facebook in the wake of the incident to thank the paramedics and neighbours who “went above and beyond” to help Zac.

He also urged anyone with information that could assist the Gardai in tracking down the driver of the blue Mazda 6 to “please contact guards ASAP”.

A GoFundMe page has now been set up to help pay for Zac’s recovery and treatment.

A statement on the fundraising page says: "Zac Higgins is a 2 and 8 month year old bubbly toddler like any child his age, loves football and loves playing with his family and friends." 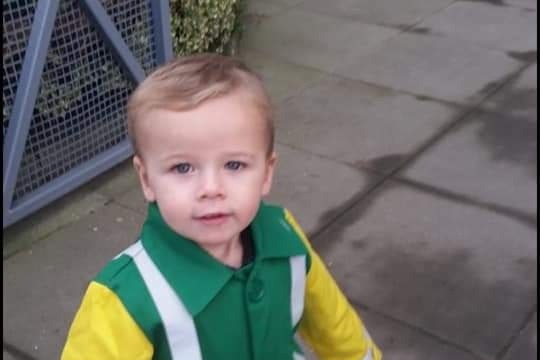 "Zac was playing football in his front garden and the ball went out onto the road outside his house which is a Cul De Sac. Zac followed the ball like any toddler would do but was struck by a car and has since suffered severe injuries. The car failed to stop.

"To the shock of family and neighbours and the community Zac was treated by emergency services and rushed to the Hospital in Cork City.

"Later on that evening Zac was put into an induced coma and transferred up to the Temple Street Children's Hospital and rushed to intensive care.

"Zac's progress has been constantly monitored and his treatment is currently ongoing."

There’s already been a huge response to the online fundraiser, with hundreds of people donating to the cause and offering messages of support.

“Dear Zac, hope you will get better as soon as possible,” another added. “Wish you quick recovery. God bless you and your family.”

Anyone wanting to donate to the fund can do so here.