FOOTBALLERS may be well paid to do something they love, but theirs is a career that ends earlier than most.

So what do players do after hanging up their boots?

Modern players could probably live off their earnings but many choose to invest in businesses or hobbies they didn’t have time to indulge in during their playing days.

Players before the era of TV’s millions meanwhile often had no choice other than to forge a new career in another industry.

But what have Irish players ended up doing? Here, we look at 10 who made unexpected career moves after their playing days ended. 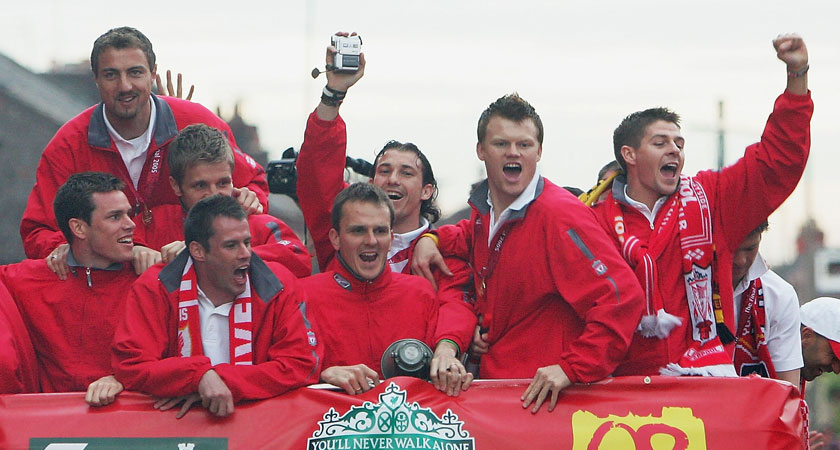 When organisers were putting together a 10-year anniversary event to mark Liverpool’s 2005 Champions League win, there was only one problem – no one could find Steve Finnan.

After the Liverpool Echo launched a #FindSteveFinnan hashtag on Twitter, the former Irish right-back popped up to let us know he was alive and well, and working in property development with his brother Sean.

Finnan, who also had spells with Fulham and Portsmouth, made 53 appearances for Ireland. 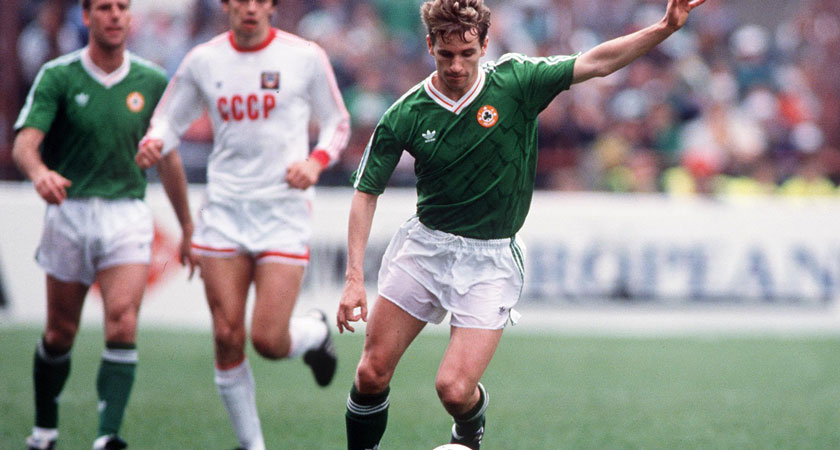 Fellow right-back Chris Morris qualified for Ireland by virtue of his Cavan-born mother Evelyn and played in every game of Ireland’s Euro 88 and Italia 90 campaigns.

After a career playing for Sheffield Wednesday, Celtic and Middlesbrough, the Cornishman also moved into property in the north-east.

However family matters brought him back to his hometown of Newquay where he eventually took over the family business – a pie shop selling Cornish pasties.

Admittedly, he only made the odd pasty, being more into the management side of things – under his stewardship, Morris Cornish Pasties had 11 franchises at its height.

Now back in football, Morris works as an FA coaching development officer. 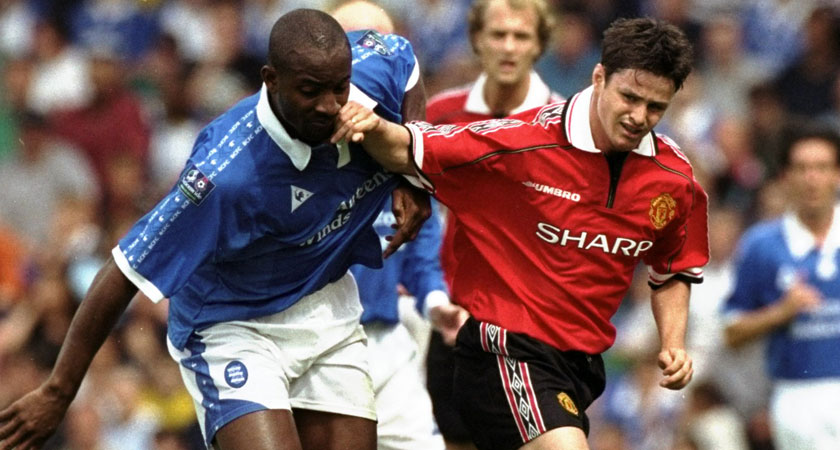 Currently a Dominican Friar and ordained a deacon by Archbishop of Dublin Diarmuid Martin in October 2016, former Northern Ireland international Philip Mulryne is closing in on full priesthood honours.

He was first invited by the bishop of Down and Connor, Monsignor Noel Trainor, to enter the priesthood in 2009 before enrolling at the Pontifical Irish College in Rome.

He also completed a four-year theology degree course in Belfast.

Mulryne made five appearances for Manchester United before a move to Norwich in 1999, where he stayed for six years. 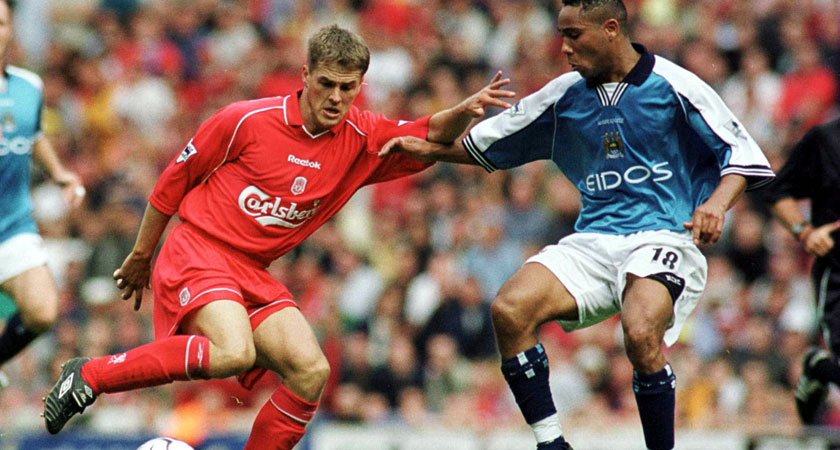 Born in Zambia to a father from Belfast, midfielder Jeff Whitley made 20 appearances for Northern Ireland, scoring three goals.

He won promotion with Manchester City in 1999 and 2000 to help them back to the Premier League.

After problems with addiction, Whitley got his life back on track after a spell at the Sporting Chance clinic and made a fresh start as a salesman at Stockport Car Supermarket.

As he told the Guardian in 2013: “I had a family to support. I wasn’t one to finish football and sit on the dole.”

He went on to gain his UEFA B licence and coached at Morecambe FC’s development centre, and speaks to academy players about addiction on behalf of Sporting Chance. 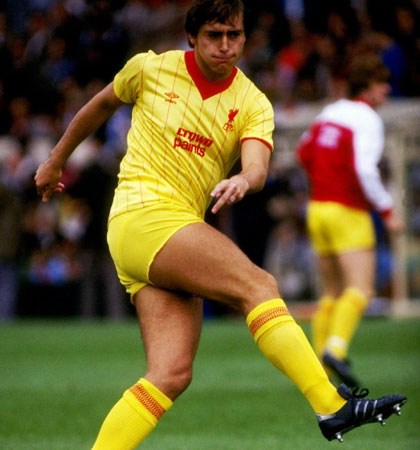 Michael Robinson won a treble during his time at Liverpool (Image: inpho.ie/Allsport)

In his single full season at Liverpool in 1983-84, Michael Robinson helped the Reds win a treble of League, League Cup and European Cup.

A regular for Ireland under Eoin Hand, the Leicester-born striker made 24 international appearances, scoring against France and Holland in qualifiers for the 1982 World Cup.

The former Preston, Manchester City and Brighton player finished his career with Osasuna in Spain and continued to work in the country as a commentator after he retired.

His vocal talents proved so popular in Spain that he was chosen to voice the role of ugly stepsister Doris in the Spanish version of Hollywood blockbuster Shrek 2 – a role played by Larry King and Jonathan Ross in the American and British versions respectively.

He also had a role in Shrek 3 and has done advertising voiceovers, but these cameo roles were won on the back of an impressive media career in Spain, including hosting the popular football TV shows El Dia Después and Informe Robinson, which is still going strong after almost 10 years. 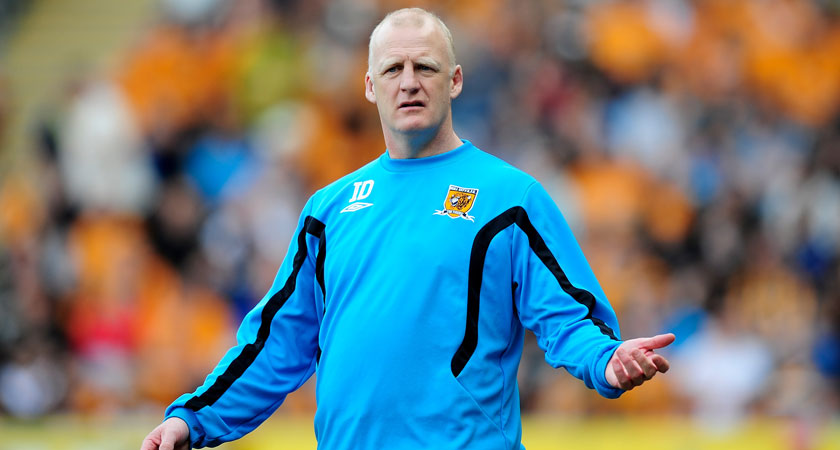 He has also worked as a pundit for Sky Sports, so it came as something of a shock when in 2016 his new role as a regional sales manager for Go To Surveys was announced.

Fair play to Dowie, he’s clearly not one for lounging around outside the game – he gained a Masters in engineering and worked for British Aerospace while playing non-league football before he got his break at Luton Town. 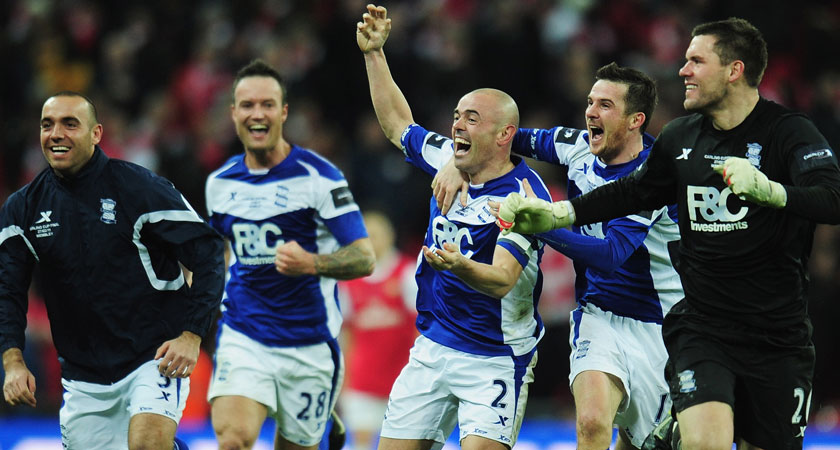 Dubliner Stephen Carr spent most of his career in the Premier League with Tottenham, Newcastle and Birmingham.

A two-time League Cup winner and twice named in the PFA Premier League Team of the Year, Carr also made 44 appearances for Ireland.

Sadly, injury prevented him from appearing at a major tournament after he had helped Ireland qualify for the 2002 World Cup.

Outside of football, Carr became a shareholder in the Sala Group, which operates a chain of upmarket nightspots in Marbella.

Speaking to the Birmingham Mail in 2013, Carr said: “You know the formula is working when clients are waiting up to four weeks for a reservation and we are being visited by the likes of Sir Alan Sugar, Eva Longoria, Katie Price and Jamie Oliver.” 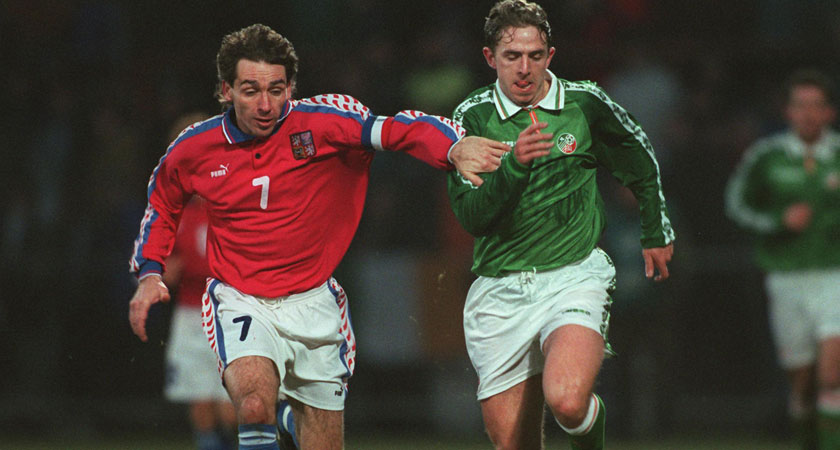 Gareth Farrelly representing Ireland in a friendly against the Czech Republic in 1998 (Image: inpho.ie)

Gareth Farrelly’s most productive footballing spell was with Bolton, for whom he made 78 league appearances from 1999–2004.

However the Dubliner’s most memorable moment came at previous club Everton in a 1-1 draw with Coventry, when his only league goal for the club saved them from relegation on the final day of the season.

Having got Everton out of jail that day, Farrelly is still upholding the law, now working as a trainee solicitor in the Business Crime Department of law firm Peters & Peters.

The midfielder, who made six appearances for Ireland, decided to study law after successfully undergoing surgery on an aneurysm of the splenic artery – a condition that has only a 10 per cent survival rate. 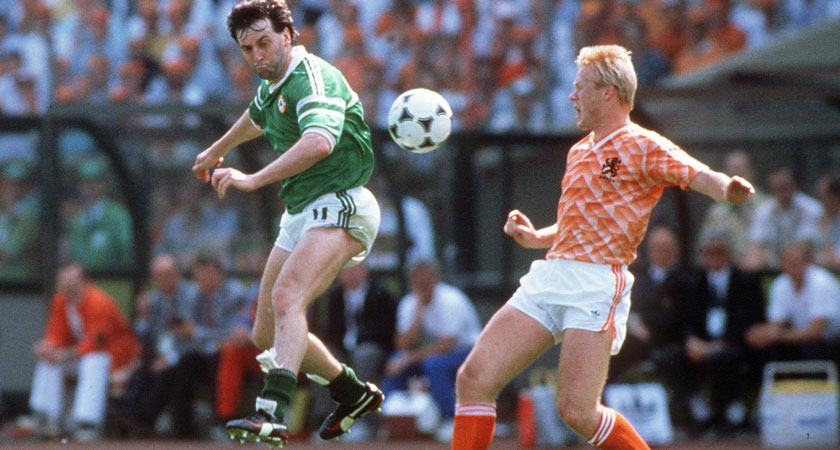 The winger started all three of Ireland’s games at Euro 88 – the country’s first appearance at a major tournament – including the famous 1-0 win over England.

With his sporting background and having already gained a degree in Russian Studies before signing for Spurs, Galvin put his experience to use, lecturing in sport, leisure and tourism after his playing days ended.

Galvin could reputedly understand the Russians discussing tactics when they played Ireland at Euro 88, a game where he was controversially denied a penalty that if converted, almost certainly would have ensured Ireland progressed to the next round. 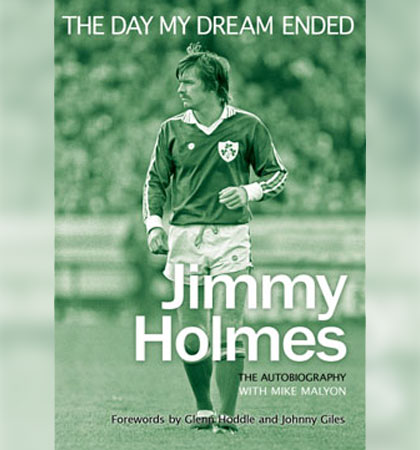 Dublin-born Jimmy Holmes is Ireland’s youngest ever player, having made his debut aged 17 years and 200 days.

The left-back spent most of his career with Coventry, and remained a boy in blue by joining the West Midlands Police after he retired from playing.

Used to shackling attackers, Holmes received a Chief Constable's Commendation after arresting a gunman following a shooting in the city in 2006.