IT was over. The game, the tournament, the hope of a quarter-final date with England – all had been wiped away.

Heads bowed, eyes moist, all 23 of the Irish squad stood there motionless, watching a choir of 5,000 Irish fans sing The Fields of Athenry, a requiem to a tournament which was enriched by their presence.

And for two endless minutes, not one of them moved.

Briefly Glenn Whelan applauded the singers. Then he stopped, standing, along with the rest of the squad and the backroom staff, to absorb every last second of the day.

Behind them, the French players had already returned to their dressing room.

Likewise, the home supporters, who had outnumbered the Irish 10 to one, were making their way out of the stadium and onto the rest of the afternoon and the rest of their lives.

The people they left behind, though, these Irish players and fans, had more important things to attend to.

So, for the guts of 10 minutes, they stood and stared at one another, stewards and barriers blocking their path from being together. And yet you could still sense the connection.

They’d have happily stayed in France another week, would happily have figured out a way to correct the problems in their team and worked harder again to deepen this bond that has been fostered with their supporters.

“Those moments at the end, standing in front of the fans, are memories that will live for me forever,” said Robbie Brady, the Irishman who scored the winning goal against Italy and then the lead goal against France. 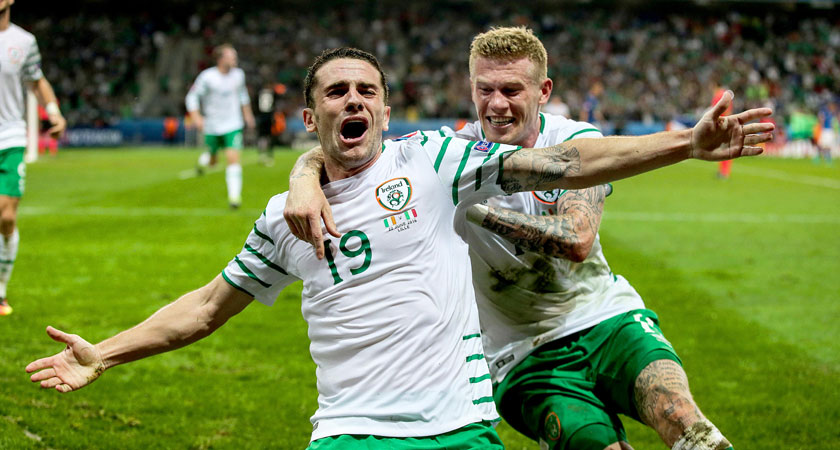 He wasn’t the only one who put words to the images.

“It was very emotional,” said Stephen Ward, the left back. “Our fans were a credit to the country and we desperately wanted to do them proud.

"They were going home like we were and we wanted to let them know we were thankful for their support. Those moments were so touching.”

Eventually the chorus came to an end and Shay Given, the veteran of the squad who a month later would announce his retirement, stepped forward, raising his arms to the fans to thank them, the kind of gesture an undertaker makes to the chief mourner at a burial, signalling the moment for the rest of the congregation to step forward and pay their respects.

And everyone did. All 5,000 of those Irish fans. None of them jeered. None of them referenced, or thought about, what this team was unable to do.

Instead they concentrated on everything they’d achieved, this run to the last 16 of Euro2016, those wins over Germany, Bosnia and especially, Italy.

And if it meant bowing out to a team as strong as France, then that was acceptable.

“Why did we stay so long?” Darren Randolph, the Irish goalkeeper, asked afterwards. “Well, we may never get a chance to be in a place like that again, on a stage like that again.”

And that was the expectation, that this would be a one-off, that the team would revert to type when the qualifiers for the 2018 World Cup began.

Instead, the thrilling narrative of an Irish team’s summer in France was followed up by another couple of fascinating chapters.

Austria, Moldova and Georgia were beaten, Serbia were held, and with 40 per cent of the qualifying campaign over, Ireland top of their group.

The Euros may have been the highlight of the football year – but it wasn’t the end point.

If anything, it was the start.

Following those unforgettable days against Italy and France, came an equally unforgettable adventure by Dundalk, the League of Ireland champions.

First they beat KR from Iceland, then BATE Borisov from Belarus.

Legia Warsaw edged them out of the Champions League group stages but the Europa League beckoned and for the next three months they seemed set to qualify for the last 32 of Europe’s second-tier competition, all the while charming the nation. 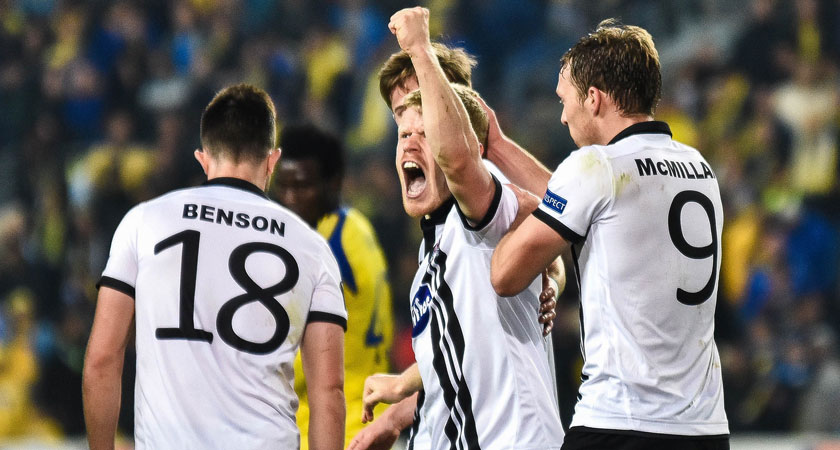 “There are schoolboy clubs all over Ireland who’ve been sending us messages,” said Stephen Kenny, their immensely likeable manager. “Irish people that love the game at all levels are connecting with our team.”

The reason why was simple. Aside from the fact that the Dundalk football players were earning the kind of money ordinary people could relate to (their top earner in 2016 took home €42,000), there was also the fact that the way they played the game was at odds with how others see us.

Theirs is a philosophy based not just on attack but also on creativity.

“Not the traditional British or Irish way,” Shota Arveladze, the former Rangers centre-forward, now in charge of Maccabi Tel Aviv, one of Dundalk’s opponents in the Europa League, said.

“Previously when I thought about Irish football, it was all long balls and a chase to win the second ball. Every team seemed to play 4-4-2.

"But I have seen this Dundalk team three times and their identity has never changed. It’s always good to see nice football.”

“That is the way I believe we should play,” Kenny said. “I don’t buy into the whole concept – the train of thought that is going around at the minute – where so many commentators have said it is in Irish footballers' DNA to play a more direct style, because that suits our psyche and our level of skill – or rather, our supposed lack of skill.

“I just cannot tell you how strongly I disagree with that. But that’s the narrative that people believe. And they are conditioned to believe it.

"This game is about having the ability to pass the ball, to believe in yourself, to believe you can fulfil your potential as players and as a team; it is about seeing where that takes you.”

It’s a philosophy that has taken Dundalk from the brink of bankruptcy in 2012 to the brink of the last 32 in the Europa League.

In the final analysis, though, the senior international football team were equally as impressive – perhaps not stylistically, but certainly in terms of their effectiveness.

“Ireland is like an English team, Austria like a European one,” Vladimir Weiss, the Georgian coach, said after his team had lost 1-0 in Dublin. “But look, Ireland has more points. They play like a team.”

And if they keep playing as well in 2017 then qualification for a World Cup – something that hasn’t happened since 2002 – is on the cards.

All of which has whetted the appetite for the year ahead.

What will 2016 be remembered for? The year Irish football learned not just to like itself – but also to believe in itself – again.