THE RETURN of London manager Ciarán Deely to his native Wexford for Sunday’s Allianz Football League Division 4 clash started on the best possible note, but it proved a false dawn as the home side ended up cruising to victory with 23 points to spare.

A mere 25 seconds had elapsed when good work down the left by Colin Dunne and Scott Conroy led to Lorcan Mulvey knocking the ball into the path of Seán Hickey who rattled the net with a confident finish.

However, it proved a short-lived highlight for the first-time visitors to Innovate Wexford Park as that unexpected early setback provoked a powerful response from the Slaneysiders, who needed to get back on track after a second round loss away to Antrim.

Wexford initially responded with four unanswered points before London midfielder Mark Gottsche powered past two would-be tacklers to equalise in the 14th minute after a Lorcan Mulvey lay-off (1-1 to 0-4).

London didn’t score again until the fifth minute of the second-half though, and by that stage the game was well and truly over. Not even the early loss through injury of P.J. Banville – scorer of 2-4 from play in the Championship clash between these sides in Ruislip in 2010 – could derail Wexford as they picked off 1-6 without reply to establish a decisive 1-10 to 1-1 lead by the interval. 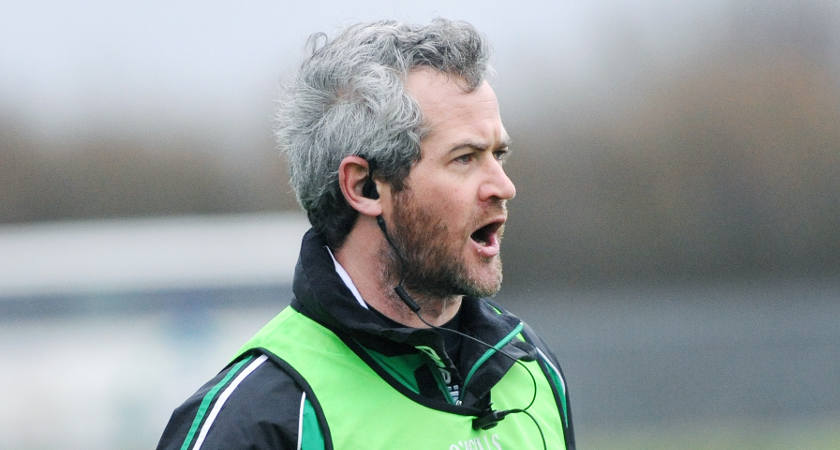 Read Ciaran Deely's reaction in this week's Irish Post [Picture: Malcolm McNally]
The goal arrived from substitute Tiarnan Rossiter in the 27th minute, with London goalkeeper Gavin McEvoy doing well to parry his first shot but having no chance with the rebound.

Chances had been few and far between for the visitors after that early goal, with Lorcan Mulvey dropping two shots short while their three first-half wides came from Scott Conroy, Adrian Moyles and Conroy again from a scoreable free.

There was a bizarre finish to the half when Cathal Og Greene possibly became the quickest-ever recipient of a black card. The Laois man was introduced for Mark Gottsche but incurred the wrath of Cork referee Kevin Murphy in his very first attempt to get involved in the play.

His immediate departure without even touching the ball after less than a minute adequately summed up London’s miserable afternoon.

Their long scoreless spell ended in the 40th minute when the hard-working Adrian Moyles cancelled out an earlier Kieran Butler point with a stinging shot which skimmed the crossbar and went over to make it 1-11 to 1-2.

A Paul Curtis goal midway through the third quarter added to the misery though, with Lorcan Mulvey managing to pull back a point after catching a Moyles line ball from the right.
Wexford added another four points on the trot before London grabbed two scores in succession for the only time just after the hour mark. Moyles converted both, the first from a John Lynch pass and the second from a ’45, to make it 2-17 to 1-5.

Two more goals were shipped before the finish though, with John Tubritt and Daithí Waters on target for Wexford. Seán Hickey had a clear-cut chance in between after good approach work by Lorcan Mulvey and James Moran, but he blasted his shot high and over the bar from close range.

London kicked another three second-half wides, from Danny Ryan, Scott Conroy and Lorcan Mulvey, to bring their overall tally to six, while point-scoring attempts from Mulvey (two), Seán Hickey and Liam Gavaghan dropped short as they slumped to their third successive defeat.

It was a chastening experience for them on the first-ever clash between these sides in the Allianz League, with London now looking to pick up the pieces at home to Antrim next Sunday.