IRELAND AND ARSENAL superstar Katie McCabe's screamer against Aston Villa has been nominated for Goal of the Season in the Women’s Super League.

The Ireland captain scored the goal back in October and lobbed the ball over Villa keeper Hannah Hampton from 35 yards out.

McCabe is well known for her shooting ability as seen in the clip below.

The other nominees for the award are Chelsea's Pernille Harder and Sam Kerr and Manchester United's pair of Alessia Russo and Katie Zelem.

In October she also won the Women’s Super League Player of the Month for her impressive displays for the Gunner's.

I have to say, at the moment, it is probably Katie McCabe. Left-back, man.

"She is... she is one of those players, you don't get less than 8/10 from her. Gets on with her game. Flies into tackles, great footballers, great crosses. At the moment scoring great goals.

"I am loving Katie McCabe at the moment."

McCabe has taken the compliment in her stride and said last month that she was 'flattered' to receive a praise.

"He's such a legend of the game and Wrighty is an Arsenal legend as well. It helps the women's game massively.

"When he is saying I'm his favourite player, it makes it that bit more sweet. It's great."

Ireland will face Georgia in June and will then play games in September against Finland and Slovakia in their quest to reach their first World Cup in 2023.

Ireland trail Finland by one point in the group, but have played a game less than them. 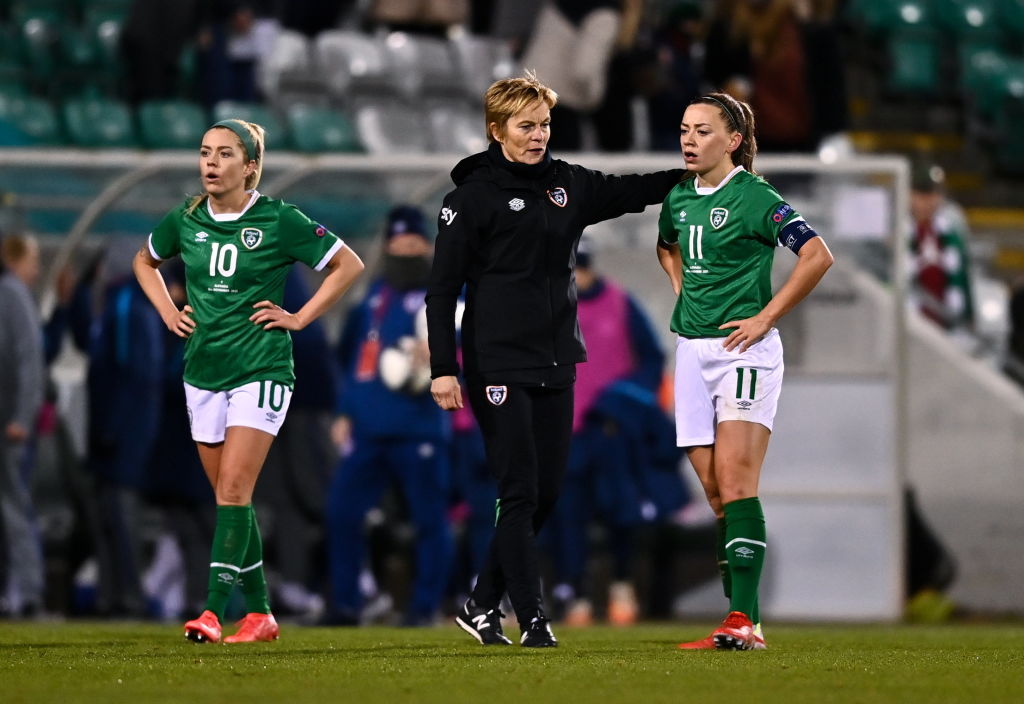