THE DECADE-LONG search for a new Robbie Keane is over.

Two were found last week, or more to the point, one of them discovered after a year of consideration that he is Irish, after all.

Last November, when speculative stories were linking Scott Hogan with a move to West Ham United and a switch in allegiance from England to Ireland, the 25-year-old Salford-born striker appeared settled on only one thing.

“International honours are a big thing but there's only one place I want to play my football at the minute and that is here (at Brentford),” Hogan said.

Two months later he joined Aston Villa and now he is on the verge of signing another set of forms, this time to become an Irish citizen.

“I understand that if you are born somewhere, then that is where you might want to play first,” Martin O’Neill, the Ireland manager, said last week.

"But Scott would not be the first player who thought about England first of all before doing well for Ireland. I’m not knocking him for taking that stance.”

Nor should he. It’s an unforgiving job sector O’Neill works in, where coaches can’t avail of a transfer market to move out the undesirables or buy the answers to his problems.

And his biggest problem during this World Cup campaign has been goals, or more to the point, the shortage of them.

Just eight have been scored to date, and if the sun isn’t shining presently then the future, given the age profile of Kevin Doyle, Daryl Murphy, Jonny Walters and Shane Long, isn’t likely to bring about a change of forecast. 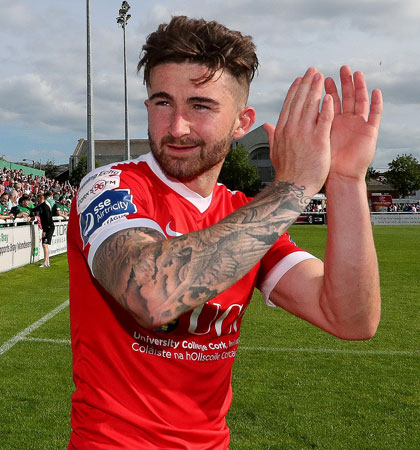 Hence the excitement last week when it was announced firstly that Seanie Maguire was in the squad and secondly that Hogan was in the passport office, explaining his family lineage, hoping that citizenship would be granted before next month’s World Cup qualifiers against Georgia and Serbia.

Indeed, anything seems possible now for a player whose chaotic career has seen him suffer two career-threatening injuries, having spent his teenage years slipping under nearly every club’s radar.

He was a little shy of six foot and a little shy of confidence when Rochdale released him at the end of the 2009-10 season, before the now defunct Woodley Sports signed him, paying him £40-a-week for his efforts.

Twenty-one goals in 27 games led to Halifax Town calling. At the time they had a young man called Jamie Vardy on their books and they wanted Hogan as his understudy.

“When you look at what Jamie’s achieved since, it gives you hope,” Hogan would later say.

The Vardy connection would continue when another of the Leicester striker’s former clubs, Stocksbridge Park Steels, signed Hogan in 2011 and way back then as he wandered around the English non-league, spending a year at Stocksbridge, a season with Ashton United and two months at Hyde, no one, least of all him, thought international football would be his calling.

“He'd been through a few clubs where it wasn't clicking," Liam, his brother who plays as a centre-back at Gateshead in the National League, said.

“The reality is that at semi-pro level the money can be an issue and he was struggling to get a job alongside the football. He wasn't enjoying it and was close to jacking it all in.”

Salvation came in an unlikely form. Rochdale, the club who considered him too small and too slow, offered him a two-year-deal.

“During the time he spent in non-league there was a massive realisation from Scott himself that he could miss out on fulfilling his potential,” Keith Hill, Rochdale’s manager at the time, said.

“The next time we saw him he was a totally different character – the same ability but his mentality was stronger and he had a more professional approach.”

Brentford noticed, signing him for £750,000. Yet just when things were looking up, disaster struck.

An ankle injury was followed by two cruciate knee injuries, prolonged bouts of rehab and eventually a big break, a £12million move to Aston Villa.

“I saw him play a lot for Brentford last year (when he scored 14 goals in 25 games) and I understood completely at the time, when there was the hullabaloo about him coming in to play for us that he needed time to stay fit,” O’Neill said.

“So I never had a problem about him taking his time to decide if he wanted to declare for us. The important thing now is that he is really keen. He has made that clear to me that he wants to play for Ireland. And that’s great.”

Impressing in a Brentford shirt is one thing, but Villa Park and the Aviva Stadium are bigger stadiums with more demanding audiences. And since joining Aston Villa in January, he has scored once in 17 games. 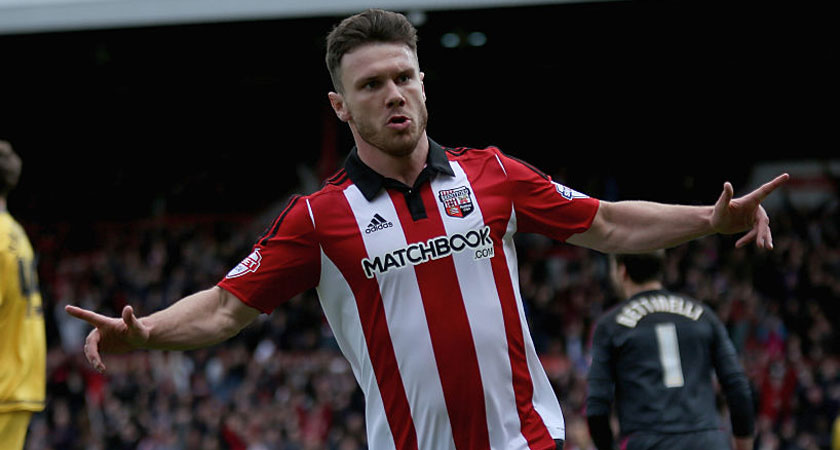 Hogan has yet to impress for Aston Villa after his big-money move from Brentford in January (Image: Getty)

Nonetheless, O’Neill is prepared to give him a chance.

“I do believe he could be more effective in his play outside the box but inside it, he knows where the goal is,” O’Neill said. “Some players come alive in the box and he is one of them.

"Some people may ask me, 'are we picking up boys who are not good enough for England?' Well, it has happened before.

"Nonetheless, I want every player in our squad to have a genuine enthusiasm for playing for the Republic of Ireland. I never want to lose that spirit.”

Whatever about the doubts people may have of Hogan’s desire, no one can question Maguire’s. The 23-year-old was so far ahead of the League of Ireland posse this season that he essentially had the league title won by July, when Preston moved in to sign him.

Scorer of 20 league goals in 2017, predictably, though, there was a clamour for him to be included for the World Cup qualifier against Austria in June, even though the cold reality is that League of Ireland football and the international game are worlds apart.

"Seán's time will come,” O’Neill said. “But people have to see that it is a big leap that he has to take.”

Step one came last week. The next step for Hogan meanwhile is to get his papers signed and his passport stamped.

Great Scott? Even if he's above average, he'll be an addition.