Rory McIlroy of Northern Ireland waves in celebration of winning on the 18th green during the final round of The CJ Cup at The Summit Club on October 17, 2021 in Las Vegas, Nevada. (Photo by Alex Goodlett/Getty Images for CJ Cup @ Summit)

IT was only a month ago when Rory McIlroy wept as he spoke to Sky Sports about his Ryder Cup performance.

The 32-year-old had just won his singles match against America’s Xander Schauffele but cut an emotional figure as he thought back to his sobering defeats in the foursomes and fourballs for Europe.

“I’m disappointed that I didn’t contribute more this week,” he said.

The poor display in Wisconsin had compounded what had been a disappointing individual season for McIlroy where he failed to challenge for the game's biggest events.

So much was his pain that he contemplated ending his season right there.

It is something of a testament to McIlroy, though, that no matter his form, he can still pull out a tour victory when it’s least expected. It is why when he won the CJ Cup last week, he recorded his 20th triumph on the PGA Tour. 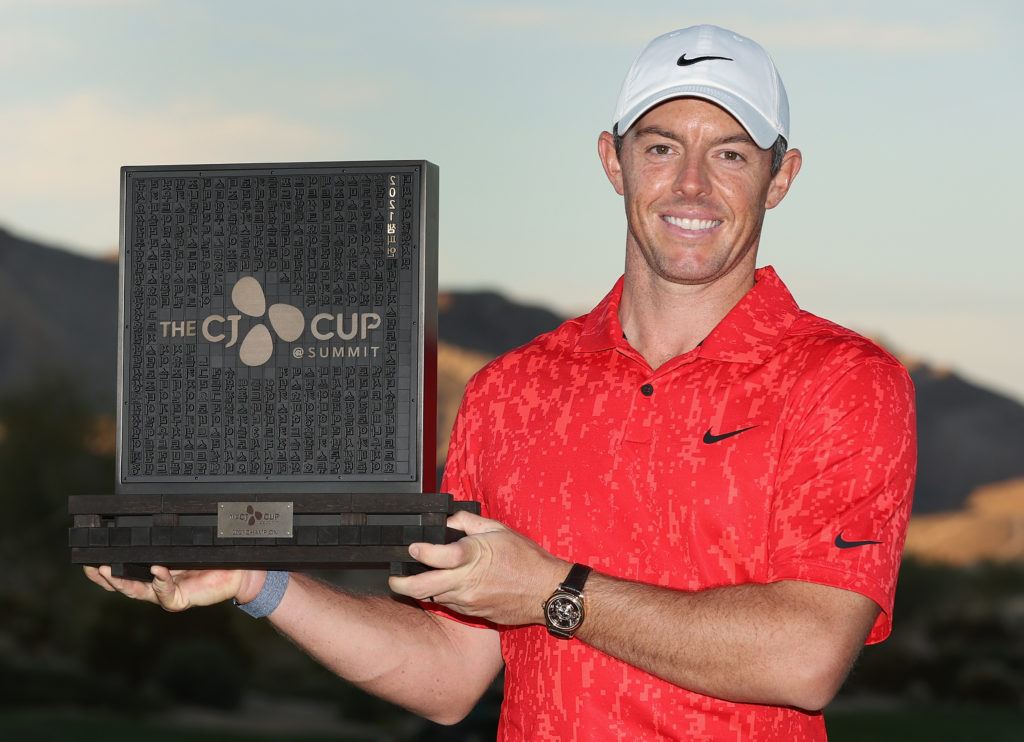 Over the last seven years, much has been made of the Holywood man’s barren spell in the majors - since 2014, he has failed to add to his tally of four majors.

But in those succeeding years he has recorded numerous victories and achievements which have often been disregarded.

Among his 14 wins since 2014, he has secured two World Golf Championships, for instance, the tournaments considered in the rung just below the majors.

For many players, this set of honours would represent a fine 25-year career, let alone just a seven-year period as is the case for McIlroy.

But because we have been conditioned to judge him against the highest standards due to his early career success, when McIlroy wins a regular tour event, it is often given scant regard.

Winning tour events doesn’t matter. Only the majors do.

Despite Jack Nicklaus predicting that McIlroy had “the opportunity to win 15 to 20 majors” after he won the PGA Championship in 2014, his fourth major at just 25-years-old, few could have foreseen the emergence of rivals such as Brooks Koepka, Jordan Spieth, Justin Thomas and Jon Rahm in the following years.

Indeed, there are now a number of world-class golfers who can win the top prizes, which is why any triumph should be highly credited.

From changing coaches to bulking up to gain more power off the tee, McIlroy has tried everything in the last 18 months to regain an edge.

However, he now believes he doesn’t need to change because he has the answers within his own game.

As we saw last week when he won the CJ Cup at The Summit Club, that determination would seem correct.

When he is in a hole, and looks down and out, he can draw from his natural ability to be victorious. Like only a few golfers can.