Celtic among Europe’s biggest sides for home support, according to UEFA report

Celtic fans at the home game with Aberdeen in May 2018 (Image: Getty)

SCOTTISH side Celtic are officially among the biggest clubs in Europe when it comes to home support.

A new report from UEFA has revealed that Celtic were one of 15 clubs with an aggregate home league attendance of more than 1million in the 2017/18 season. 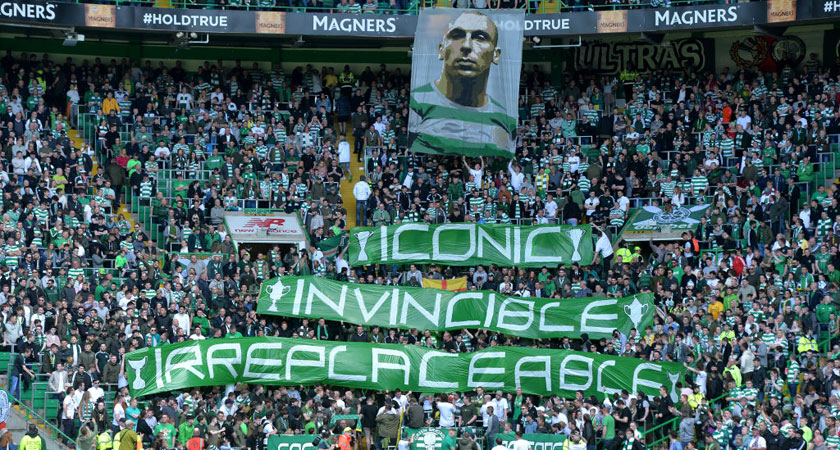 Celtic fans at the home game with Aberdeen in May 2018 (Image: Getty)

Spurs in third place were one of four new entries on the list, their temporary switch to Wembley seeing their aggregate attendance soar to 1,291,107.

Their average league attendance of 67,953 was more than double their previous season’s average of 31,639 at White Hart Lane.

🏟️ The One Million Club!

Thanks for your incredible support, Celts 👏🍀 pic.twitter.com/pAaNODRu4e

Other findings in the report reveal the importance of European football the Celtic, who were in the top 20 clubs for the highest UEFA revenues for the financial year 2017.

Despite being 20th, their £31million revenue from UEFA was six times the £6million they received from domestic TV revenue, the biggest ratio of all 20 clubs.

Celtic were also among the top 20 clubs by gate receipts, the 20 clubs in the list generating almost half (49 per cent) of the total European top division gate receipts.

Celtic, Spurs and West Ham all managed to increase gate receipts in euro terms in the financial year 2017, despite the pound losing about 12 per cent of its value.

Celtic’s gate receipts accounted for 34 per cent of their total revenue, the biggest ratio of all 20 clubs.

The full report can be viewed by clicking here.