IT IS a week that could define Brendan Rodgers’ season and Stephen Kenny’s career.

The two managers – one well known, the other an emerging name – stand 180 minutes away from the group stages of the Champions League and also from the kind of riches that transform clubs.

In Dundalk’s case, the sums are extraordinary. A club used to operating off a €1.5m annual budget has already pocketed around €6m from this year’s competition and are guaranteed a place in the group stages of the Europa League even if they fail to beat Legia Warsaw, their Polish opponents, in this season's play-off round.

Yet they are chasing something bigger than that. Never before has any Irish side reached the group stages of the Champions League. Nor has any Irish club been so close to collecting €15m in prize money. “This could change our lives,” Vinny Perth, their assistant manager said.

Victory won’t change Rodgers’ life but it may well have a huge bearing on how his Celtic career unfolds. “I’ve got another 15 to 20 years as a coach and I didn’t want it all to be in the Premier League,” Rodgers said by way of explaining why he declined offers from England to instead move north to Scotland.

Champions League football was clearly a lure. Yet there was more to his move than pure sporting reasons.

“Celtic, as a club, gets under your skin,” John Hartson, their former striker, said. “I mean, I spent the best years of my career there, am very proud of what we achieved when I was there and still consider myself a Celtic man.

Growing up, though, I was a Swansea City man. It’s different for Brendan, just as it was different for Martin O’Neill and Neil Lennon. They grew up supporting Celtic and that counts for a lot. Celtic supporters like the fact Brendan was a fan of the club before he became manager.”

Had he not been then it is hard to imagine quite what the attraction would have been for a man whose reputation in England remains high, in spite of his difficult final season with Liverpool. With Premier League jobs there for him had he wanted them – Sunderland, Aston Villa and Newcastle United all asked last season – he opted to go with his heart rather than his head.

For had he looked at the cold figures, he surely would have went down a different road. Leicester City, the world's favourite underdogs, have an annual wage bill of £55m. Celtic’s is £37.8m.

Leicester’s turnover is £104m; Celtic’s is £51m. Leicester are the 24th richest club in the world and the 12th richest in England. They made £91m in TV money last year whereas Celtic made £2.4m.

Dundalk, in contrast, earned just under €40,000 via this income stream. 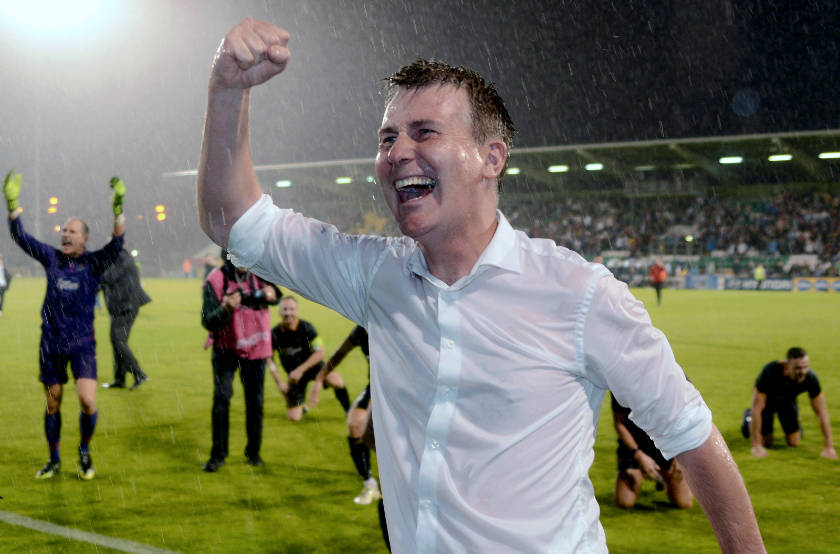 So that’s why Champions League football is so important. For Celtic it means an avenue to about €25m (their merchandise operation and support base is on a different level to Dundalk’s, who can expect to earn €15m from entry to the group stages of this year's Champions League).

“Getting there is certainly a big deal,” Rodgers said.

And it certainly won’t be easy. It hasn’t happened to the club in three years – and as a result of being denied access to a huge revenue stream, their search for new players has taken them to the sporting equivalent of the old-folk’s home – Kolo Touré – and the rehab centre, Scott Sinclair.

Dundalk, meanwhile, have spent money only once in four years – the €17,000 it cost them to prize Daryl Horgan from Cork. “If we were to get to the group stages, it would be a massive thing for Irish football,” Kenny, their manager, said.

Yet Celtic’s progress would also be a big deal for the Irish game, not just because of the deep bond that connects so many fans from these shores to the Glaswegian club but also because of the presence of Eoghan O’Connell in their first team this summer.

Profiting from the injury crisis which struck Celtic’s defence, O’Connell – a first cousin of the former Irish rugby captain, Paul O’Connell – has seized his opportunity.

"What I really like about Eoghan is that he knows the game,” Rodgers said. “Physically he can go and win headers, he can dominate his area but also, you have to say, he's composed in possession. There are good players in Ireland – there always have been – but he's ready to learn, and he is, from what I can see so far, good enough to do well." 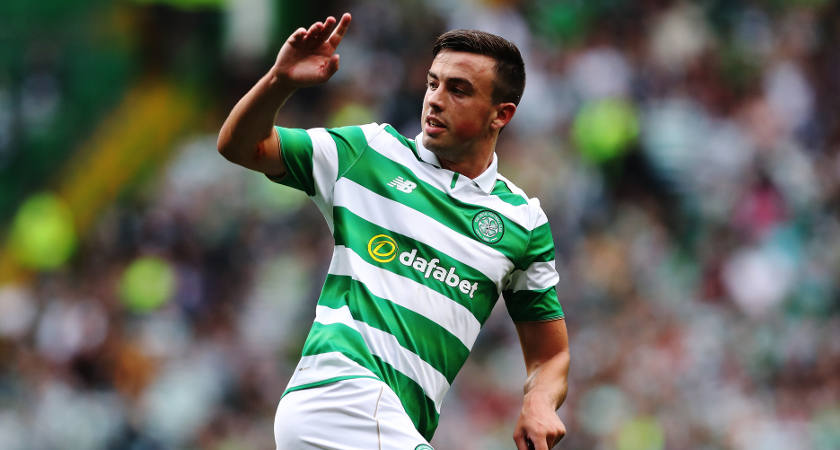 Doing well by Rodgers standards means becoming a first-team regular rather than just being a bit-part player. And he’s prepared to give him a chance, having already used him in Kazakhstan and Celtic Park, in both legs of Celtic’s Champions League third qualifying round tie against Astana.

Hard to believe then, that earlier this year, O’Connell was farmed out on loan to Cork City, before his stay in Turner’s Cross was cut short with injury. Within months, he was playing for Celtic not only in the Champions League but also in front of 47,900 people at the Aviva, when he was tasked with marking Lionel Messi.

“It has been a bit of a rise,” O’Connell said. “That is the way football goes, it can all change very quickly. The key thing is that it is going well for me at the moment and I just want to enjoy it while it lasts.

“All across Ireland, people are looking out for new players to break through. The Euros had such an impact on the country – the team did brilliantly – and even watching from home, I got emotional watching the win over Italy in particular. The journey to the last 16 gave the country a huge lift and that victory over Italy was another special night that people will look back on for many years to come. It was nice to be home for it to be able to enjoy it like that.”

What he wants to enjoy now is a regular run with Celtic. “I’m at the age where I need to play,” O’Connell, who turns 21 this month, said.

Can that be at Celtic? “I think so,” Leigh Griffiths, the Celtic striker, said. “From the moment Eoghan walked into first-team training, he impressed me. He has a presence.”

So for that matter does Griffiths. The top scorer in Scottish football last year has already made his mark this season, scoring vital goals home and away against Astana.

“Leigh plays on the limit, as a number of our boys do. That’s what you want as a coach and a manager,” Rodgers said.

“If he had a different name — a more Latino name — this guy would be talked about as being worth £15million, for sure. Luis Suarez played on edge and he was alright!

“I saw the goals Leigh had scored before, the quality of the finishes, and the technique is top class. But what has impressed me more than anything is his tactical capacity.”

Rodgers' tactics against H. Beer Sheva, the Israeli champions, will be typically positive. “We need a lead to protect when we go away,” he said.

Kenny’s, in contrast, will be more conservative. “If we go gung-ho, Legia could cut us open,” the Dubliner said. “So we need to be patient but also to be brave.”

If they are, history could be made.