Lisbon Lion Bertie Auld took his seat in the Scottish Cup final and fans young and old chanted his name, such is the reverence for the European Cup winning Celtic side 51 years on.

Another club legend Henrik Larsson arrived at Hampden Park to absorb what would be an unrivalled domestic piece of history as the Hoops went on to claim a glorious double treble.

Larsson would go on to don the famous jersey again the following day in Scott Brown's testimonial against Martin O'Neill's Ireland XI, as the feelgood factor and celebrations continued on in the green part of Glasgow.

Cup final goalscorer Callum McGregor might not quite belong in that esteemed company yet, but his half-volley against Motherwell provided further evidence that he can be the difference when it comes to modern showpiece events.

In the week that Celtic supporters remembered the sad death of Tommy Burns ten years ago, players in this side such as McGregor, Tierney and Forrest are a testament to the work he did in helping create the Celtic Youth Academy and giving it vision, structure and a standard that is beyond measure. 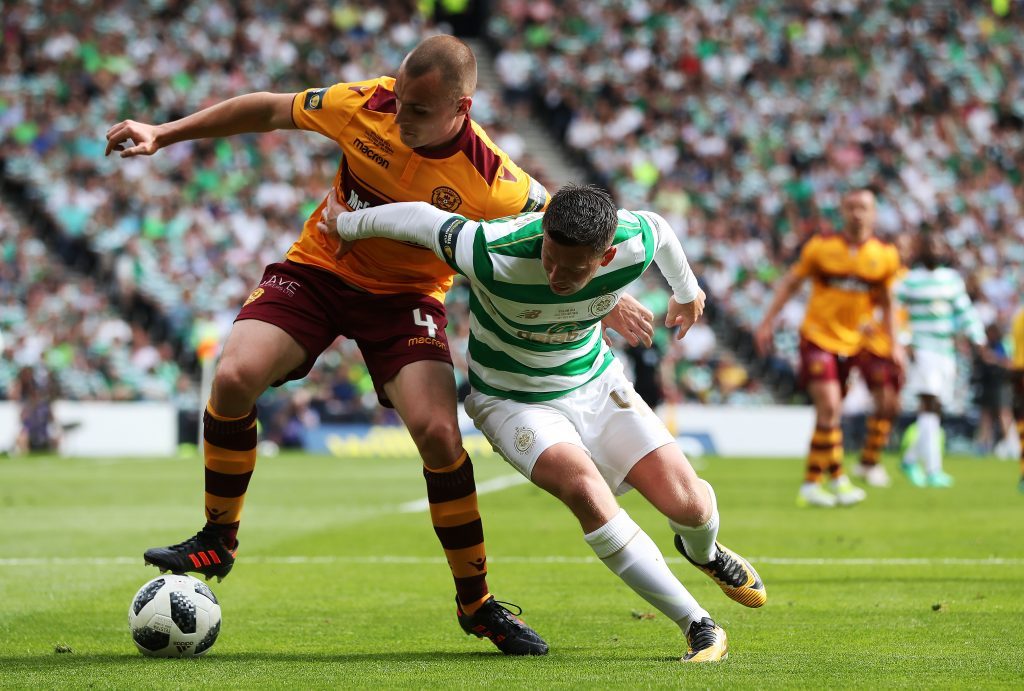 Frenchman Olivier Ntcham has also proved that he is Celtic class with his ninth goal of the season and a dazzling celebration added a touch of je ne sais quoi to the occasion. His countryman Moussa Dembele also delivered an outstanding performance by putting relentless and constant pressure on the Motherwell defence but the 21-year-old must be pushed to deliver more consistency and a bigger goal haul next season.

The striker’s stand out performance remains a brace against Manchester City in the Champions League but Celtic fans are hoping to add more to their memories of Moussa next season in Europe. Not long after the final whistle Brendan Rodgers was being asked about the possibility of a treble treble.

The boyhood Hoops supporter has pushed the bar and redefined what it means to be a Celtic manager in modern football.

Rodgers has achieved something which has never been done and it might well not happen again. The chatter of ten-in-a-row is by no means a cert either.

Already in the media there are stories which suggest the current side rank alongside the Lisbon Lions and there are daily comparisons with Jock Stein and Brendan.

Not to take anything away from Brendan Rodgers but Jock Stein’s nine leagues in a row and ten in thirteen years during a different time and climate stands alone in Celtic’s history.

When you add to that his record in Europe winning the European Cup and making the final in 1970, the stand he took as a man from a non-Catholic background becoming Celtic manager in the culture of the era and the things he said and stood for it is impossible to compare him to anyone.

The same attempts were made with Martin O’ Neill who remains one of the great Celtic managers but just a short time after he left Celtic there were nit-pickers and naysayers decrying O’ Neill’s considerable contribution.

Celtic has since achieved wonderful things in Europe since Martin’s departure but for the generation who lived through the run that led to Seville fifteen years ago to the day there is nothing that outshines getting to a European final. 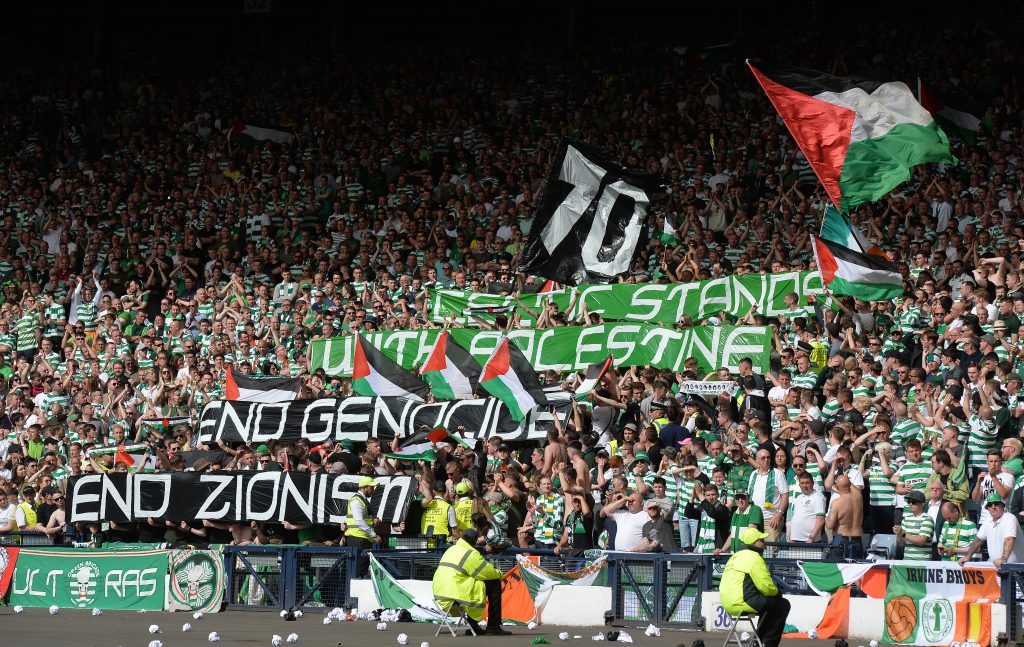 Beyond Rodgers solidifying himself in Celtic’s long and illustrious history another reason why the 2018 Scottish Cup Final will be remembered was for the solidarity shown by Celtic fans in the 70th minute of the game which recognised the Palestinian Nakba.

The term is used for the displacement of the Palestinian people in 1948 by the creation of a new Israeli state. Seventy years on in a week when 63 people were killed during peaceful demonstrations close to the Gaza strip Celtic fans chose to bring significant attention to a global news story that has been ignored by every other football club in Britain.

On Saturday at the Scottish Cup final we saw a modern-day example of solidarity which set an example to every other club in Europe.

It’s not enough to be a successful and financially solid football club and the fans demonstrated that by highlighting the cause of a people who are struggling for their survival and their very lives.

There’s no doubt that Brother Walfrid would be proud of those supporters who chose that platform to highlight one of the great human injustices and failings of our time.