Celtic Nation: A team on the rise

IT sounds like the opening scene in a movie: a multi-millionaire businessman helps a broken down bus full of football supporters on the motorway, the chance meeting leads to investment in their team.

The money man stamps a new identity and appetite for success on the club.

These are the seeds of Celtic Nation, formally Gilford Park, who are currently in Division One of the Northern League.

The business man behind the shift is USA-based Glaswegian Frank Lynch. Back in the 1970s he played a pivotal role in launching the career of Billy Connolly and ran the Glasgow Apollo.

Having seen through a number of successful ventures including everything from car-washes to night-clubs he is now keen to help build a football club.

Speculation around the team having connections to Celtic have been rife for some time but it’s nothing more than conjecture. Though undoubtedly there are a number of philosophical, cultural and social connections that are attracting significant numbers of Celtic fans to Carlisle.

At present Celtic Nation are being managed by former Celtic player Willie McStay, while the club have also been visited in recent weeks by Hoops hero Frank McAvennie as well as Alternative View fanzine writer Matt McGlone, who reflects on the recent phenomenon: “There’s something here that has captured the imagination of Celtic fans.

"You can see the ground from the Virgin train that runs from Glasgow to London. Through the Alternative View I organised a bus to go down and we generated a bit of publicity around that. When Celtic are not playing on a Saturday it’s a deviation and it’s not far from Glasgow.”

The club is ideally situated to attract Celtic fans from Scotland, the North of England and Ireland; it’s also a perfect location for Scottish and Irish diaspora communities. 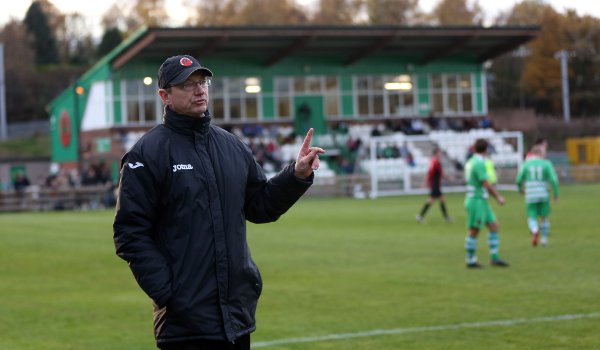 Of late Celtic fans have boosted the home attendance numbers from 500 to 800 supporters and that figure looks set to grow as word spreads across social media to a new generation of supporters.

McGlone added: “It’s a retro experience for young fans. I’d say 80 per cent of the Celtic fans that are going are under 22 years old. They are going home wearing the scarves, tops and tracksuits of Celtic Nation.

"They have a fantastic shop; the marketing woman was Karren Brady’s number two at Birmingham City. Their commercial side is on par with most top Scottish clubs.”

Beyond wearing green and white hoops and the traditional yellow away kit, Celtic Nation reproduce other cultural references that evoke Celtic’s history.

The red emblem emblazoned with a shamrock is reminiscent of Cliftonville FC but there are also echoes of the first Celtic badge which featured a green Celtic cross on a red background. The image has found a reinvigorated awareness in recent years and predates the wearing of green and white hoops by 15 years.

The pronunciation of Celtic with the hard ‘K’ was said to be how Brother Walfrid referred to his team. It’s safe to assume these small but effective nuances come from Mr Lynch but it’s not all reference and aesthetic; there’s a mentality and purpose at work which is also capturing attention.

Even Celtic are said to be inquisitive, but as former Celtic employee Matt McGlone points out, there is no relationship: “I know for a fact 100% categorically — there is no connection with Celtic FC. I don’t know what Frank Lynch’s aims are at this stage but he is a die-hard Celtic fan, people can draw their own conclusions from that.

"What I do know is that a representative from Celtic requested a meeting with a well-versed businessman in Glasgow last week to find out what it’s [Celtic Nation] all about.”

So for the moment Celtic are out of the equation. But fans are bringing their mighty repertoire and tricolours Carlisle’s way to get behind the team. Frank Lynch’s idea is now filling a void and it’s no secret he has high aspirations.

One journalist referenced the Kevin Costner film Field of Dreams after speaking to Mr Lynch. Club chairman and co-founder Steven Skinner is familiar with the movie’s sentiment.

He said: “‘Build it and they will come’ was the quote. We want to be successful on the park at this club and from that more fans will come. We started from nothing, Frank and other sponsors have come to help run things but the ambition hasn’t changed. Within five years we want to be playing in the Conference North.”

Signing Dubliner Peter Murphy, a Carlisle United stalwart for 12 years along with Scots Willie Gibson and Colin McMenamin has brought vital experience and professionalism to get the ball rolling.

FC United of Manchester provided a distraction for Man United fans; perhaps this new environment has a similar novelty appeal for Celtic supporters — an away day standing on an old-fashioned terrace watching a team get stuck in.

There’s the communal value, meeting with like-minded fans, sharing a pie and a pint at half time in the social club; there’s something typically Celtic about the experience.

FC United have found promotion through the leagues a herculean struggle. With a figure such as Frank Lynch involved heavily with Celtic Nation it’s worth considering his momentum. But these things take time. For the moment you have to admit, it looks like a grand old team.