CELTIC manager Ange Postecoglou admitted his side weren't at their best in their clash with Hearts on Sunday, however the Hoops still had enough to win and move clear of Rangers at the top of the table.

The Hoops' 2-0 victory over the Jambos maintained their 100 per cent league record and moved them two points clear of Rangers, who were held to a 2-2 draw at Hibs on Saturday.

Kyogo Furuhashi and Georgios Giakoumakis were again on the scoresheet for Celtic who, despite not being at their best, stopped Hearts getting an effort on goal as they made it three clean sheets in four games.

USMNT defender Cameron Carter-Vickers admitted that although the hosts weren't at the top of their game, they dealt with the challenge of Hearts while continuing to strive for improvement.

"It was alright, I don't think it was quite our best today, I don't think we necessarily controlled the game like we normally do," he told Celtic TV.

"In saying that, I thought we defended our box well and dealt with any threats they had and we had enough quality to get a goal or two for ourselves. 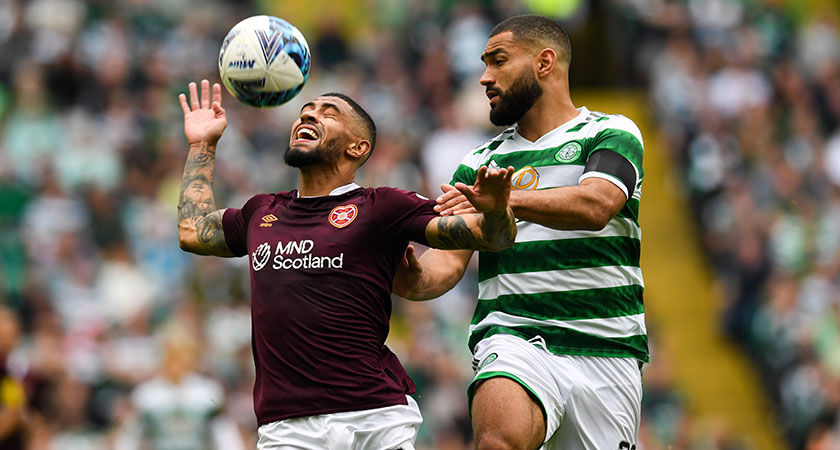 "You can't always be at your best, you can't always dominate games and when you don’t I think you have to stay with it and grind it out a little bit.

"We've started well but it's still very, very early in the season, there's still a long way to go so at the moment they don't really mean too much to us.

"We're trying to improve game on game and see where we end up."

Celtic took the lead after 13 minutes through Kyogo's low volley from a Daizen Maeda cross for his third goal in four games.

However, despite some neat build-up play, players struggled to get on the end of crosses into the box while Celtic's finishing wasn't as clinical as it was in last week's 5-0 rout of Kilmarnock.

Maeda directed a header straight at Ross Stewart while Matt O'Reilly's acrobatic effort went wide and Jota hit the side netting as the Hoops led by the minimum at the break. 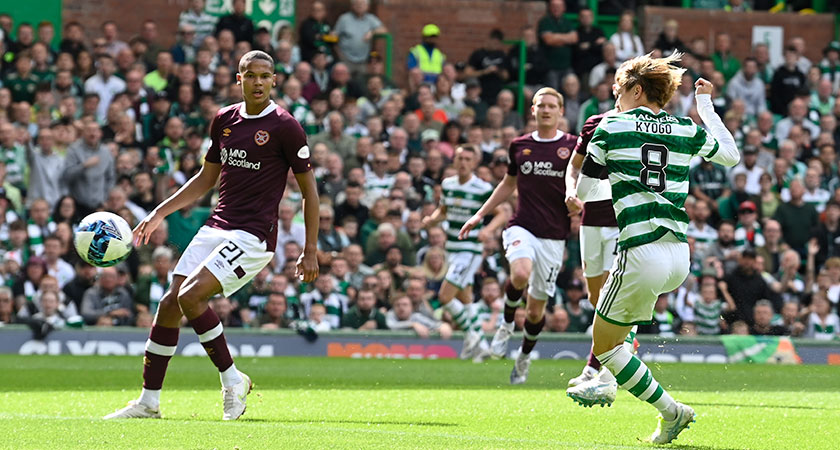 Stewart then thwarted O'Reilly after the interval before substitute Reo Hatate fired wide from the loose ball.

There was still a chance Hearts could nick a leveller but after Alex Cochrane and Toby Sibbick were dismissed late on for second yellow cards, Giakoumakis made sure of the points.

The Greek scored a stunning late overhead kick against Kilmarnock last week and while his second goal in consecutive games was not quite as glorious, appearing to be turned in by his trailing leg, it ensured an important win for the Hoops.

Postecoglou echoed Carter-Vickers in admitting Celtic weren't at their best but he praised his side for seeing the job through.

"It was a good goal [from Kyogo] but we just didn't maintain that pressure and we never seemed to get any good flow in the game," said the manager.

"But we kept our discipline, which was good.

"We didn't get frustrated and we made sure that, whilst it wasn't as free-flowing as we would like it to be, we were still in control of the game."

Celtic travel to Dundee United next Sunday, who have only a point so far this season, before hosting Rangers six days later in the first Glasgow Derby of the campaign.