CIARÁN DEELY hailed the contribution of London’s homegrown talent as they recorded their first Allianz National League win of the season against Wexford.

Goals from Killian Butler and Ciaran Houlihan proved decisive in the second half but the foundation of that 2-10 to 0-8 victory  was a resolute defensive display which ensured it’s three games and counting with no goals conceded.

And Deely was particularly impressed with how Aidan McGarvey and Conor O’Neill nullified the Wexford threat last  Sunday.

“I generally don’t clap from the sideline, but I certainly clap when players like Aidan McGarvey and Conor O’Neill go in and win the ball as they did,” said Deely.

“It broke Wexford’s momentum and it gives us that launch pad to get forward.

“We started with six or seven London-born players and we also brought on another couple like Liam Gallagher for his debut and Ciaran Houlihan the same. Those lads will come on leaps and bounds from this experience.”

Butler’s opening strike on Sunday followed a patient build-up that emanated deep from London’s half. For a side made up of so many young players, he knows the first impulse can often be to get the ball forward and do it early. 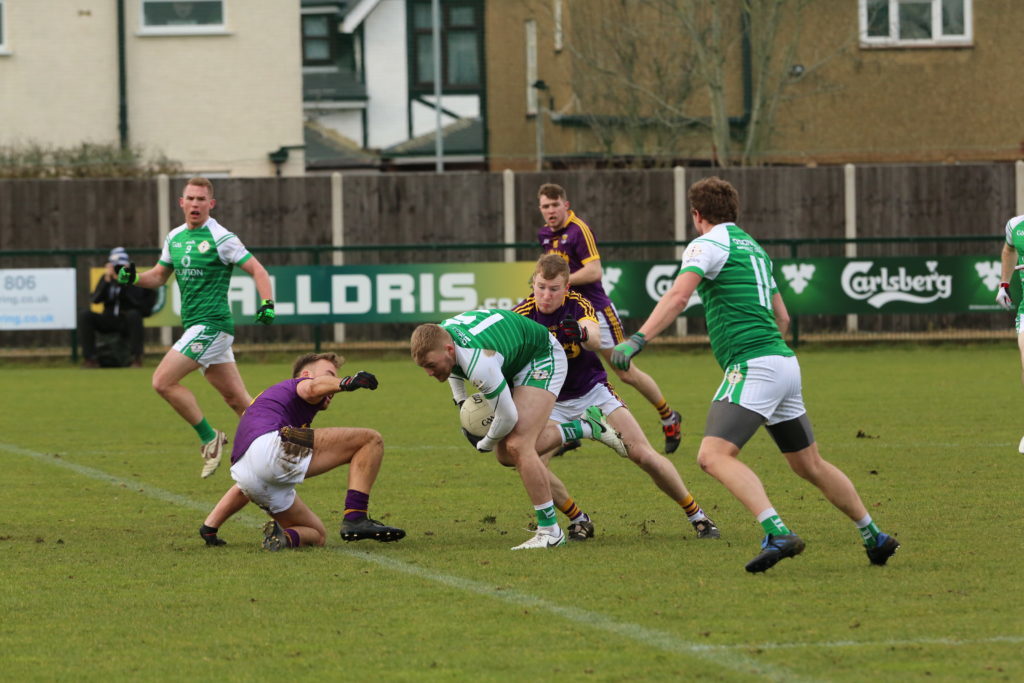 The slower method isn’t always as popular, but can be devastatingly effective when executed correctly.

“You get a lot of satisfaction when you see a move like our first goal,” he said.

“That’s exactly the sort of thing we have been working on in the training pitch during the week. So that was great to see.

“But I was most impressed with our defensive shape and keeping possession. Wexford led late in the first half but at no stage did we panic. We still felt like we could keep the ball and even when we went behind we stuck to what we were doing. 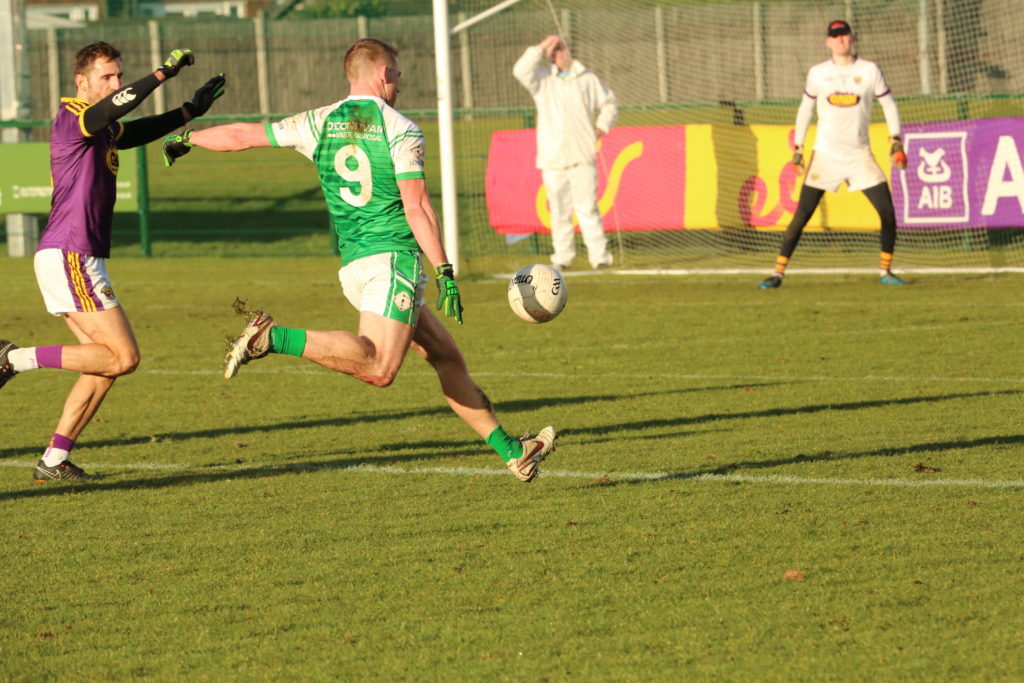 “We are not a defensive team at all. Anyone who watches our football, there is no way you could call us that.

“But three games with no goals conceded. You have to be happy with that.”

Next up for London is Antrim away in the NFL on Sunday, February 24