Clare will clinch Liam if they can maintain performance level

THE TEAM that learns more from the drawn All-Ireland hurling final will win the replay.

So it was in 2012 when Brian Cody’s Kilkenny gradually understood and unburdened themselves from the shackles that Galway’s gameplan had placed upon them.

Anthony Cunningham’s side won the Leinster final by 10 points, the teams drew on September 9, before the Cats won by 11 on the 30th of that same month. Learning, growing, dismantling — from hammered to hammering.

The Tribesmen failed to identify one of the key areas that went right for them in a dominant first half of the drawn game: Fergal Moore’s exceptional man-marking job on Henry Shefflin. The Ballyhale man went out of centre-forward, was loosely-marshalled by Tony Óg Regan, and you know the rest of the story.

It was just before half-time in that drawn game that Kilkenny began their comeback with three cheap scores, and a surge of scores just before the break kept Cork in the mix against Clare.

But the Banner were by far the better team in general play — as we’ll explain — so the Rebels have a lot to learn and improve on if they are to be crowned 2013 champions, emulating Kilkenny’s turnaround.

A huge plus point for Jimmy Barry-Murphy is his team’s unwillingness to give up even when they were being outhurled.

The fitness of the Clare players has been oft-mentioned but it’s notable that the Rebels were the team with their foot on the gas at the end of both halves, winning the final five of the opening 35 minutes 0-4 to 0-1, and the last 15 of the latter period 2-3 to 0-4.

Interestingly that last segment, from minutes 55 to the final whistle, was the only part of the game where Cork won more of the 50-50 balls.

They had to rely on their fantastic accuracy though, and one thing that they have been criticised so often for lacking: goals. Cork created just 29 chances to Clare’s 43 and won the 50-50 battle for the majority of the game, so it’s pretty clear which side held the whip hand.

The Banner also claimed more of the puckouts (29 to 24) so the platform they had was solid, being let down only by a 58% chance conversion rate. Ordinarily, that would be quite a good return but Cork’s 66%, which actually conceals the true impact both on the scoreboard and psychologically of three goals, levelled the playing field.

So now, as Kilkenny showed in the past, it’s about who learns more.

Anthony Nash saw a number of his puckouts snapped by the Clare half-back line so he will surely look to hit a couple short, to keep Clare honest and stop them withdrawing so far down the field — key to quelling the Banner’s half-back line.

JBM also needs to figure out how he can give Seamus Harnedy assistance in the half-forward line because while Conor Lehane was very much in the game on a couple of occasions, he was mostly out of it; Pa Cronin, captain and talisman, struggled to impose himself and certainly when he was moved outfield.

Between the 42nd and 57th minutes, he failed to gain possession of the ball at midfield, with a foul on Brendan Bugler being his only noted contribution.

We’ve continually said on these pages that Cronin is a great option for the edge of the square because he generally is exceptional in the air and his goal in the relegation playoff final came down this route, with Davy Fitzgerald feeling the need to take Bugler out of the half-back line to handle the Cork captain.

It worked once, so why not again.

The Banner boss was able to dictate the terms on which the drawn final was played so it is imperative that Barry-Murphy find ways to disrupt whatever gameplan comes next. 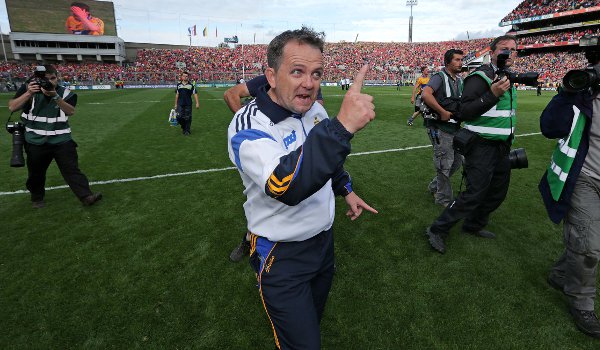 Moving Cronin into full-forward from the start or within a couple of minutes might be just the sort of distraction to unnerve Clare and, just as importantly, break up the dominant triumvirate of the Bugler-Conor Ryan-Patrick O’Connor half-back line.

If this season has taught us anything, it’s that Davy Fitz is happy to change his tactics from game to game. So we could see Patrick Donnellan back on the D, at centre-back or in midfield.

Tony Kelly had a good game in the half-forwards but not quite as prominent as he was in midfield against Limerick — and this may be an area under review.

Podge Collins’ role could change; he didn’t rove quite as much as expected in the drawn final but was still hugely productive. His work returned 0-9 when you consider scores (0-3), assists (0-1) and frees won that were converted (0-5).

The only man in red who can compare is Harnedy who scored 0-2, assisted for 0-2, and won 0-3’s worth of converted frees, while being brought down for a 60th-minute penalty that the Banner repelled. Should either side be able to tie down the other’s most productive forward, it could go a long way to winning this game.

There are so many reasons to stick on Clare because they performed so well for large parts of the drawn match and dominated in so many sectors.

The biggest worry for them is that the two men who are frequently most errant with their shooting — Conor McGrath and Darach Honan — are closest to goal. McGrath put away two of five chances in the first game while Honan missed a great goal chance on 24 minutes and got his only score when Shane O’Neill was sourcing a new hurley in the very early stages.

On the inside line for Cork is Patrick Horgan and a similar supply to the Glen Rovers man as enjoyed by the Clare attackers could give the Rebels the edge. Getting it into him is the problem; have they learnt enough to do so?

They may need to take a different path to Horgan because his two scores from play came from midfield, just before the half-time whistle, and near the ’45 to put his side ahead for the only time in the game late on. Perhaps it’s time for Cronin at full-forward and Horgan in the half-forward line — not our first choice with the latter but it might be crazy enough to work.

At the very least, it might create a quandary for Clare and their manager — something Cork rarely managed on day one.

The trouble for the Rebels is that they need to put out a lot of fires to win this game, while Clare just need to keep the same flame burning. Because of that, we’ll tip the more dependable, functional side. That’s what we’ve learnt.

Kilkenny Vs Tipperary - the beautiful game that had it all