Deontay Wilder in Belfast to run the rule over Tyson Fury

Heavyweight boxing superstar Deontay Wilder is in Belfast this weekend as Tyson Fury continues his comeback against Francesco Pianeta.

The current WBC heavyweight champion will be an interested onlooker at Windsor Park and -should Fury get past the Italian as expected- it will set up a big-money clash with Wilder towards the end of the year.

Fury's bout with Pianeta is on the undercard of for the main Carl Frampton v Luke Jackson  fight.

But should Fury v Wilder get the go ahead, a far bigger venue than Windsor Park will be required to cope with the demand.

“I can tell you that the rumours are true,” Wilder told PBC Jabs this week. 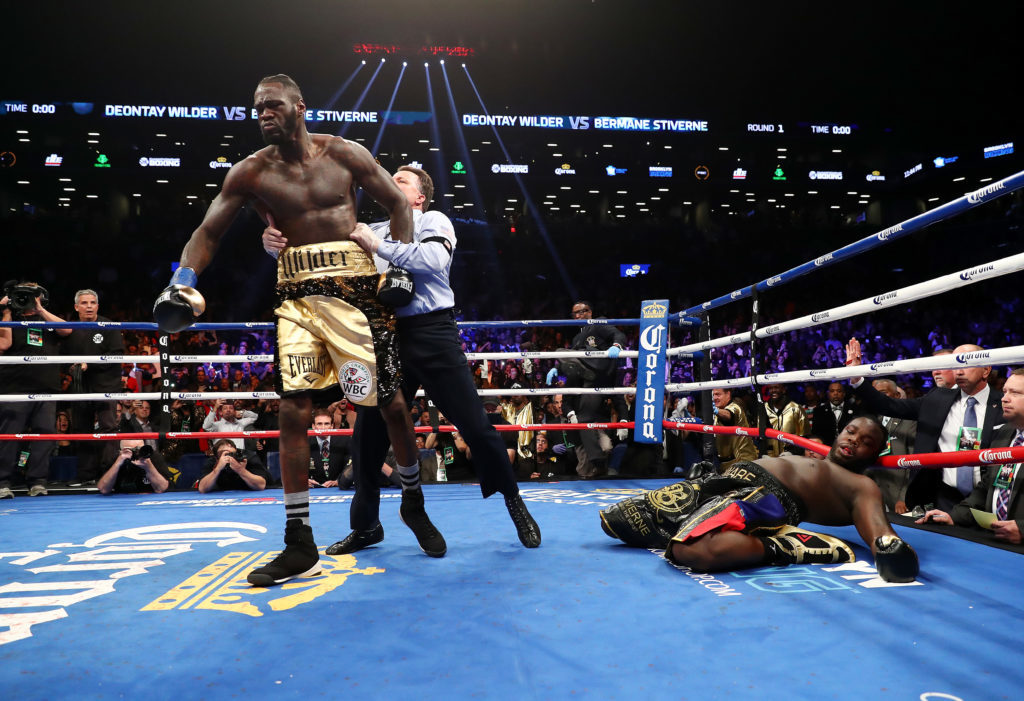 Deontay Wilder knocks out Bermane Stiverne in the first round during their rematch for Wilder's WBC heavyweight title at the Barclays Center on November 4, 2017 in the Brooklyn Borough of New York City. (Photo by Al Bello/Getty Images)

“I have no doubt in my mind that he’s going to do what he’s got to do and get the job done and get this fight out of the way so we can get into camp and get ready to train for the battle of the real kings of the heavyweight division.”

Wilder has a 98 per cent knockout success rate in his 40 professional bouts to date, with 19 of those wins coming in the first round.

In contrast, Fury has had close to a three year hiatus since defeating Wladimir Klitschko in November 2015.

At one point he ballooned to 27 stone but is now back down to 19 stone.

Fury is in confident mood ahead of Saturday’s fight and has assured the boxing public they will be treated to a sleek, scaled down version of ‘The Gypsy King.’

“What you’re likely to see from me is a Heavyweight Sugar Ray Leonard on Saturday,” he boasted.

“Anything less is a failure.

"I’m not underestimating Francesco, he is a very big guy, a strong fellow.  He knows if he wins this fight he could go on to fight Wilder instead of me.

“In my mind, I think I am the greatest heavyweight that has ever been born. So I should handle Franseco Pianeta and whoever else, Deontay Wilder, Anthony Joshua, all the bums out there.

And he added: "It’s very easy to do, to win all the belts back. I have only got to beat two bums basically. Wilder and Joshua and that’s it. And they don’t have a boxing brain between them. So it shouldn’t be too hard for a great boxer like myself.”