Diarmuid O'Connor of Mayo in action against John McManus of Roscommon during the GAA Football All-Ireland Senior Championship Quarter-Final match between Mayo and Roscommon at Croke Park in Dublin. (Photo By Ray McManus/Sportsfile via Getty Images)

The Ballintubber clubman missed Mayo’s opening round game against New York in the Bronx, but he is one of three players to return for James Horan’s side.

Chris Barrett and Michael Plunkett also come in with Colm Boyle, James McCormack, and James Carr all dropping out.

O’Connor had a watching brief in New York and – although the 1-22 to 0-04 scoreline suggests a comfortable margin of victory – he knows Mayo will have to up the ante against a determined Roscommon side. 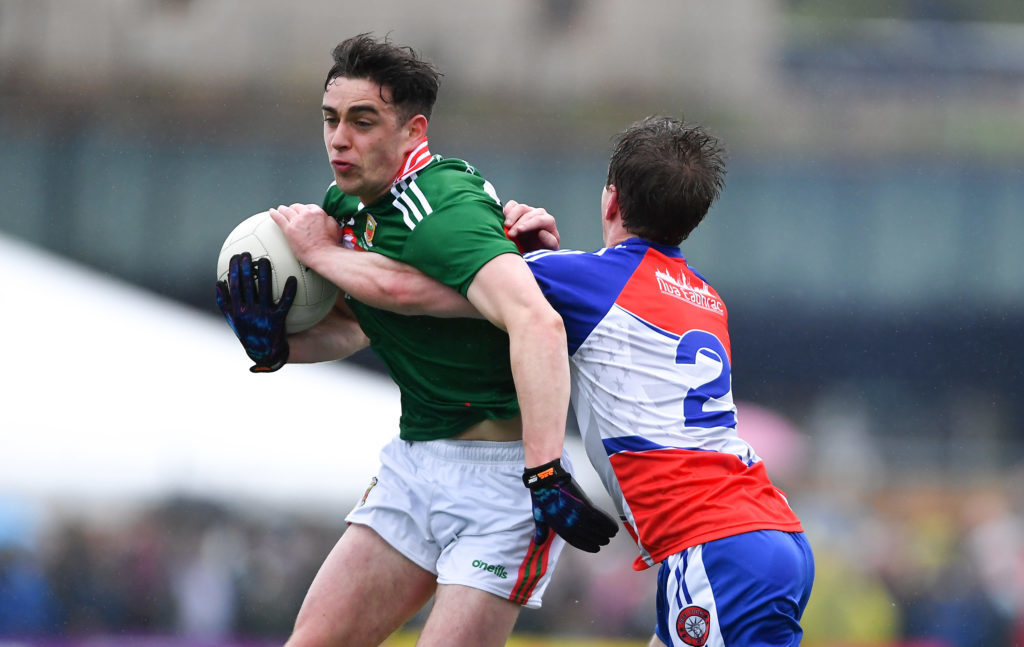 "I thought we started very well, the second half we had too many turn overs and basic skills and decision making let us down at times,” he told the Mayo Advertiser.

“That's an area we needed to work on to bring that count down. It can be tough to keep it up all the time in games like that, but if we are going to get to where we want you have to hit your targets all the time and forget about the scoreline while you are doing it."

Mayo will draw heart from a successful National League campaign and Horan believes the increasing importance and quality of that competition can only be beneficial for his side.

"You look at the history of league winners over the last decade and compare how that correlated with their championship performances, there is a strong correlation in that,” he said.

"I think also with the condition of the quality of pitches, the science behind the sport it has changed - it once was, preparation was run hard during the league and prepare for championship, but that philosophy is gone.”

The Rossies were defeated on the way to that league success and for Roscommon manager Anthony Cunningham the team talk writes itself.

“We have a score to settle with them,” he said.

“They beat us there in the league and we were very close that night. We want to go down there and give it a real go. We know how good Mayo are. They are everybody’s favourite bar Dublin to win the All-Ireland.

“They have been the bridesmaids and the best team bar Dublin for the last five years. Everybody would have hoped that they had gone and won an All-Ireland. That is how much respect they have for them.”