Andy Moran of Mayo during the GAA Football All-Ireland Senior Championship Quarter-Final match between Mayo and Roscommon at Croke Park in 2017. (Photo By Ramsey Cardy/Sportsfile via Getty Images)

Retiring Mayo forward Andy Moran said the pain of last year’s defeat to Kildare in the All-Ireland qualifiers convinced him to remain for another season.

The 35 year-old confirmed he was bringing the curtain down on a stellar 17 year inter county career earlier this week.

During his time in the Red and Green, he won eight Connacht Senior Football Championships and was named Footballer of the Year in 2017.

Mayo made the Super 8s this year but lost at the semi final stage of the All-Ireland to Dublin. 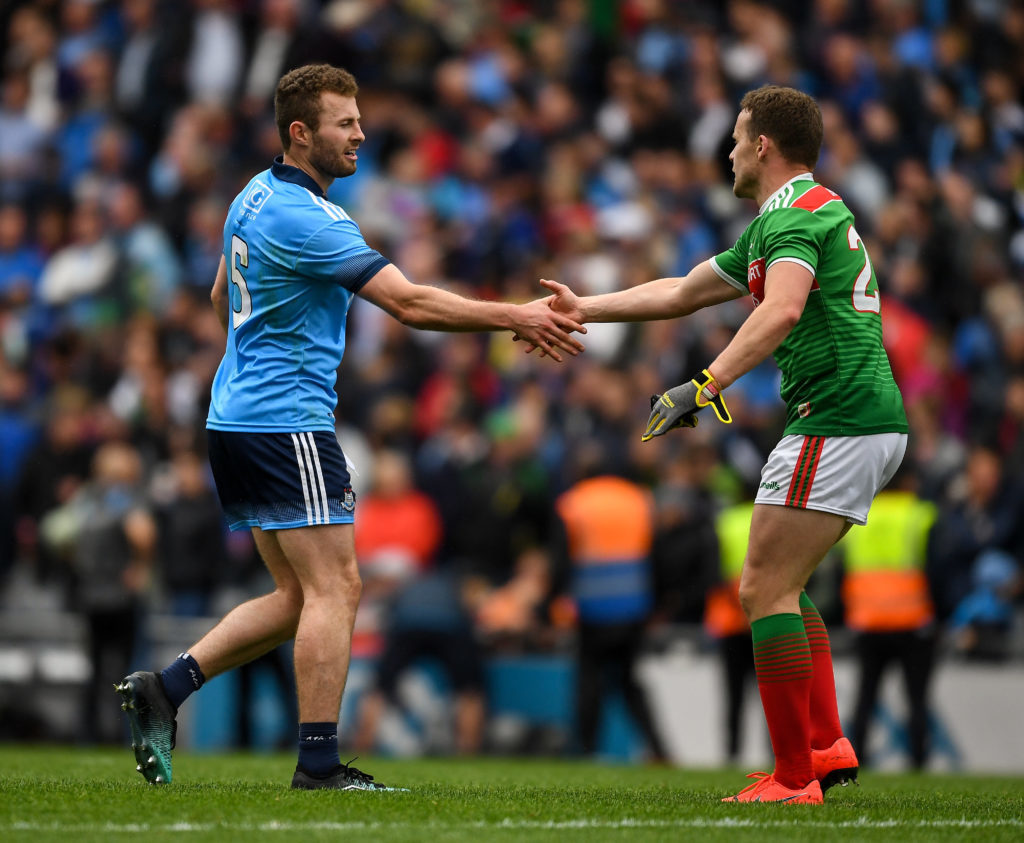 “There was a lot of stuff going on in my personal life. Dad passed away and there were just a few things really. It didn't really settle with me properly and then there was Newbridge Or Nowhere and we didn't want to go out like that.

"James [Horan] rang and said, 'Would you give it one more shot?' And we went and did it. The way I look at it, we got to play in Killarney, a place I always wanted to play in and got to play Meath in Croker. We had the Donegal game in McHale Park and finished off with the Dubs in Croke Park. So bar winning the All-Ireland, in terms of venues, I couldn't really ask for more to be honest."

Horan paid tribute to the Ballaghaderreen clubman’s contribution to Mayo since his debut back in 2003.

"Andy was a brilliant player and fantastic person that did everything humanly possible to be the best he could be," he said.

"Andy’s versatility on the field was special and he adapted his game as his career progressed, getting better and better, a testament to his continuous improvement mindset.

(He was) "A real role model for people on and off the pitch I want to thank him for his service & wish him all the best for the future."