IRELAND secured two gold medals this weekend at the World Rowing Championships in Račice in the Czech Republic.

O'Brien, who rows out of Galway Rowing Club, was delighted with her victory, in which she was up against reigning world champion Kathryn Ross.

"The wind picked up so I started a bit slower, but I managed to execute my race plan. 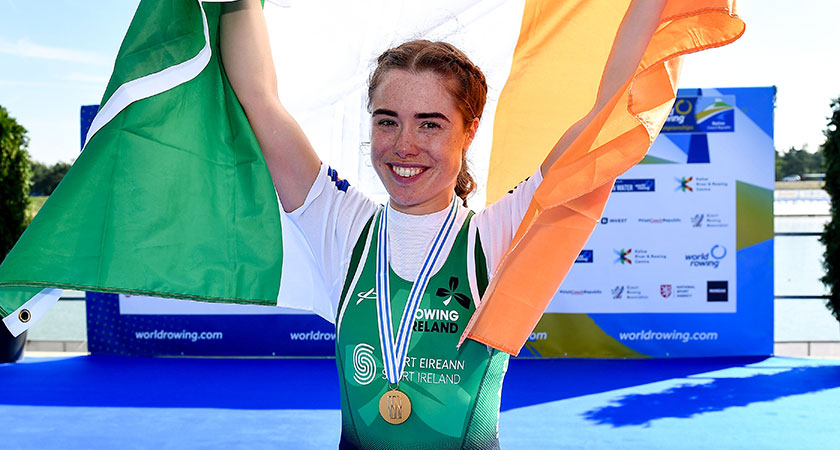 Despite starting slower, O'Brien got out first and was more than three seconds ahead of second-placed Ross after 1,000m.

She eventually finished more than 10 seconds ahead of Ross, who took silver, while Anna Aisanova of Ukraine took the bronze.

McCarthy and O'Donovan added Ireland's second gold to complement the gold medal they won at the European Championships last month.

In a tight start, the pair found themselves in last place after 500m, more than a second behind leaders Pietro Ruta and Stefano Oppo of Italy.

The duo might have thought they were finally going to get one over their long-time Irish rivals, but McCarthy and O'Donovan started hunting down the pack and surged from sixth to first by the halfway point. 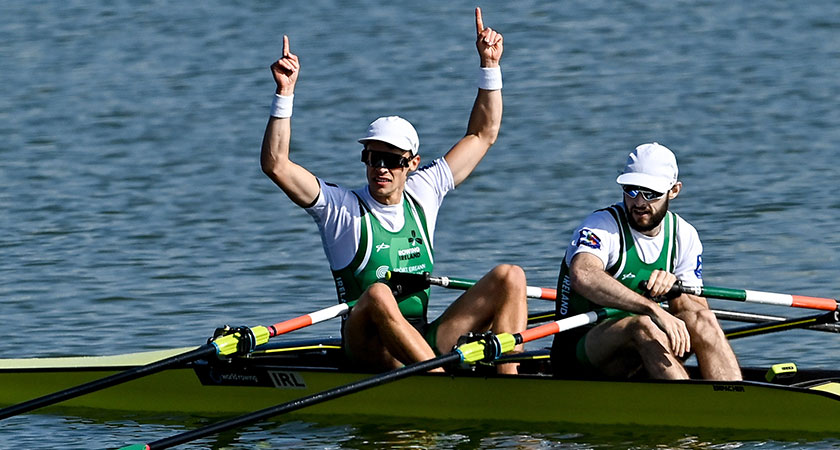 With 500m left, the Irish had opened up a lead of more than one-and-a-half seconds over the second-placed Swiss pair, Jan Schaeuble and Raphael Ahumada Ireland.

While Italy did come back to secure silver, they could not overhaul the Irish, who finished in a time of 6:16.46, almost three seconds ahead of Ruta and Oppo.

With the Irish pair already dominating the category, O'Donovan — in his typical witty style — sent an ominous warning to their rivals for the future.

"Our technique is improving a bit," he said.

"Last year we were focusing on the biceps — if people don't think they are big enough now, they will be pretty afraid when they see us next year.

"You will need a pretty wide angle on your camera!"

'We had nothing to lose'

Also on Saturday, Casey and Cremen took bronze in the women's category.

After the fastest start, they held their own for the first 1,000m with eventual winners Great Britain and runners-up USA.

As the British pulled away in the third quarter, Casey and Cremen battled with American pair Mary Reckford and Michelle Sechser for second place.

It was not to be for the Irish, but they showed character to hold off the challenge from France's Laura Tarantola and Claire Bove, eventually finishing more than two seconds ahead of the French. 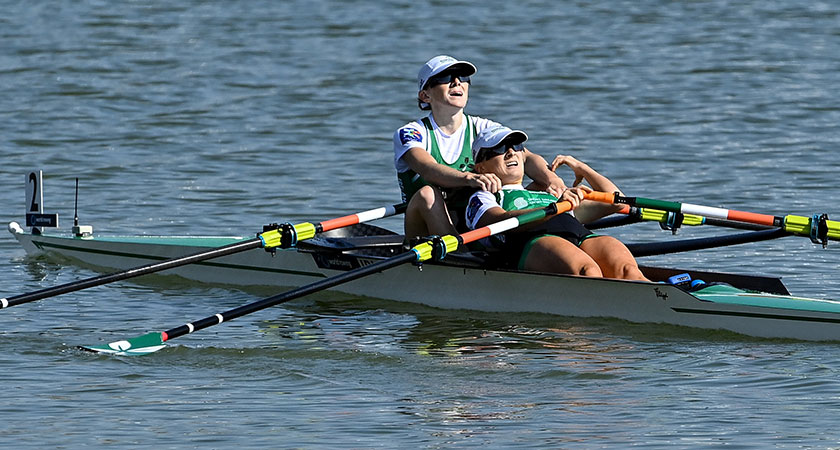 Afterwards, Casey revealed how much the race had taken out of her, but was delighted to secure a medal.

"It was very hard, I don't remember the last 10 strokes," she said.

"The Lightweight Women's Double is so competitive.

"At the Europeans we came fourth, so we came here and had nothing to lose.

"Everybody in that race was so fast but we executed our race plan, we're so pleased." 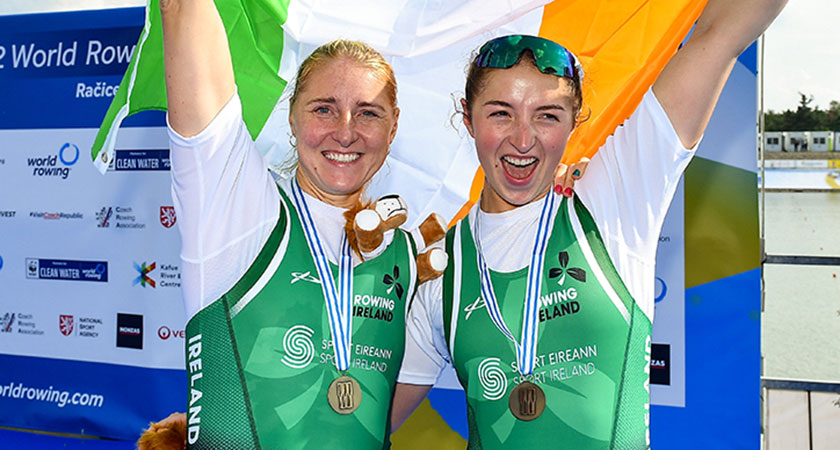 Puspure and Hyde completed Ireland's medal haul with their bronze in the Women's Double Sculls on Sunday.

Romania's Ancuta Bodnar and Simona Radis led from the off and despite a game challenge from Netherlands duo Roos De Jong and Laila Youssifou, the Tokyo Olympic gold medallists always looked in complete control.

However, Ireland led the chasing pack to finish third, allowing Puspure to add to the Single Sculls gold she won at the previous championships in Ottenheim in 2019.

Afterwards, Hyde paid tribute to Puspure, saying: "Sanita is a legend in the rowing community, I have been so glad to be able to race with her."