Dundalk will face Qarabag of Azerbaijan in the next round, with the first leg on Wednesday at Oriel Park.

Meanwhile, Shamrock Rovers booked their place in the 2nd round of the UEFA Europa League, with their 2-1 win over SK Brann ensuring they progressed through 4-3 on aggregate.

Dundalk's progress through to the second round of the UEFA Champions League qualifiers was achieved after a goalless second leg and a sudden death penalty shoot win against Riga in Latvia, while Shamrock Rovers came from behind to defeat Brann of Norway 2-1 on a memorable night at Tallaght Stadium. 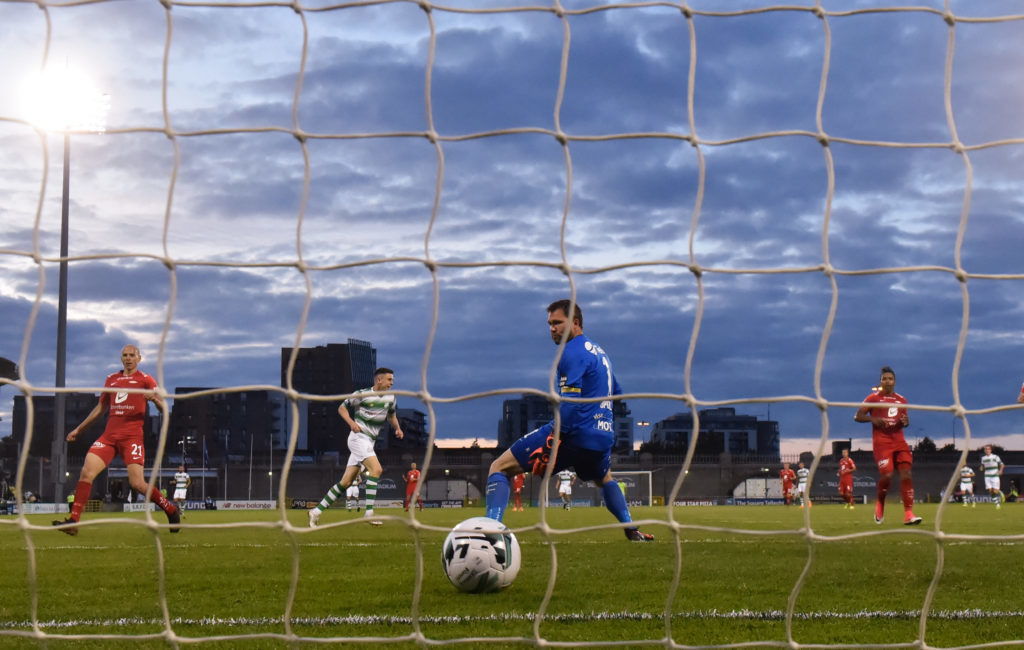 Gary O'Neill of Shamrock Rovers scores his side's second goal of the game during the UEFA Europa League First Qualifying Round 2nd Leg match between Shamrock Rovers and SK Brann at Tallaght Stadium in Dublin. (Photo By Eóin Noonan/Sportsfile via Getty Images)

Rovers will face Apollon Limassol of Cyprus in the next round, with the first leg in Tallaght on Thursday. For Cork City and St Patrick's Athletic, the European adventure is over for another year with suffering aggregate defeats in their ties, although Cork City almost achieved a remarkable turnaround against Progres Niederkorn in Luxembourg.

Trailing 2-0 from the first leg, City got off to a perfect start when Garry Buckley volleyed an opening goal from outside the box after three minutes, and just after half time Conor McCarthy’s header levelled the tie on 47 minutes.

But although an unlikely comeback looking possible for the next 25 minutes, Issa Bah scored for the hosts to see them through 3-2 on aggregate and set up a second-round clash with Steven Gerrard’s Rangers. St Patrick's Athletic battled gamely but fell to defeat in their second leg Europa League tie in Sweden against Norrkoping. 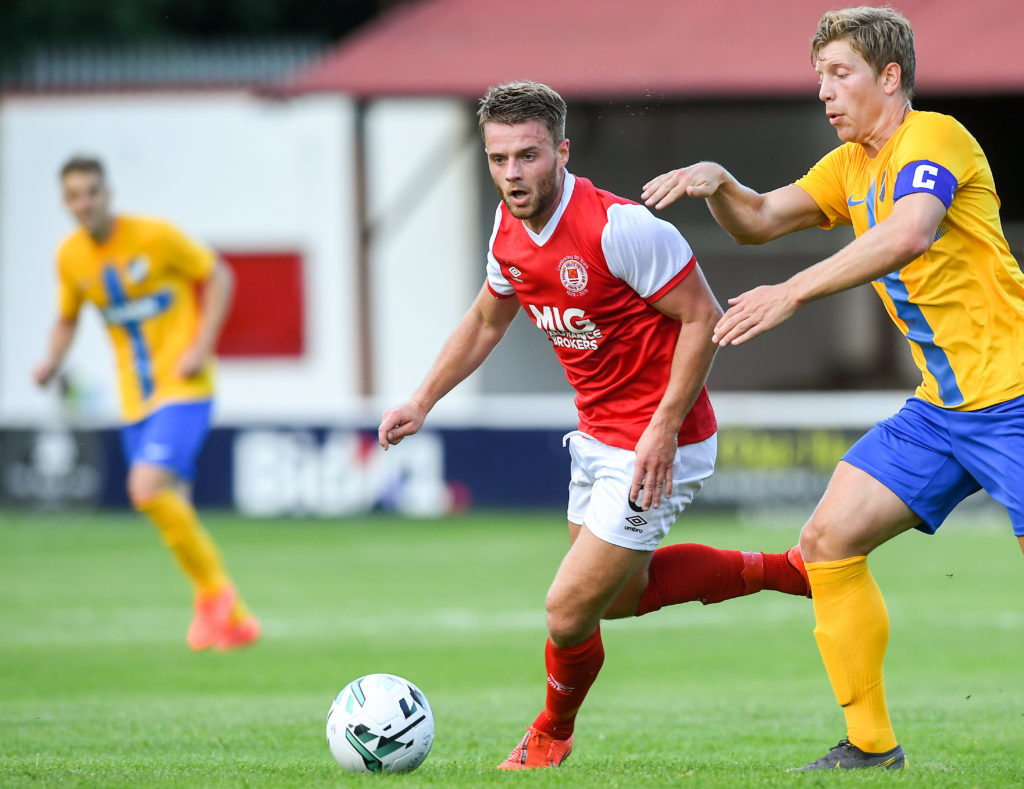 Trailing 2-0 from the first leg, a difficult task got harder ten minutes before half time, when Jordan Larsson - son of former Celtic star Henrik - tapped home the opening goal after Pats goalkeeper Brendan Clarke had made a great save to push out a shot from Alexander Fransson.

With 19 minutes left, Pats drew level on the night with a tremendous goal from Conor Clifford, who picked up a short corner on the edge of the box and blasted an unstoppable shot in off the underside of the crossbar.

But five minutes from time Norrkoping sealed a 2-1 win on the night and a 4-1 win on aggregate, when Karl Holmsberg played a one-two before cooly finishing with a chip shot over the advancing Clarke.

There were also four games in the SSE Airtricity League Premier Division at the weekend, and Shamrock Rovers gave their supporters another enjoyable 90 minutes at Tallaght Stadium when they warmed up for Thursday's Europa League tie by thrashing UCD 7-0.

Aaron McEneff and Aaron Greene both scored twice, and Graham Cummins, Dan Carr and Jack Byrne also contributed to the final tally. Across the city at Dalymount Park, Bohemians bagged a 3-0 win and the bragging rights from their Dublin derby clash with St Patrick's Athletic.

Ryan Swan scored twice for Bohs, either side of a Conor Levingston penalty.

McDonagh on target for Derry

On Friday evening, Derry City strolled to a comfortable 3-0 win over Sligo Rovers at the Ryan McBride Brandywell Stadium. Junior Ogedi-Uzokwe gave City a half time lead, and further goals Jamie McDonagh and a first for the club from Jack Malone wrapped up an emphatic victory.

In Friday's other game, Finn Harps moved level on points with UCD at the bottom of the table, a Mikey Place penalty 11 minutes from time earning them a 1-0 win at Waterford.

In the First Division Shelbourne extended their lead at the top to six points, with a 2-1 victory at Athlone Town.