England cricket captain Eoin Morgan pictured as he answers questions during a press conference at Malahide Cricket Club on May 2. England will play Ireland in a one off ODI match tomorrow at Malahide Castle followed by the first ever Test match between the two sides in July at Lord's. (Photo by Charles McQuillan/Getty Images)

Eoin Morgan has spoken about the challenges of playing cricket Dublin and how he knew from a young age he would need to move away to pursue his dream.

Morgan will lead an England team widely touted as one of the favourites for this year’s Cricket World Cup.

It is a far cry from his time starting out with the Rush Cricket Club and then later Malahide in Dublin.

“Being 13 or 14 years old I realised that I had to go away in order to pursue what I wanted to do, that was a sacrifice I had to make,” he said. 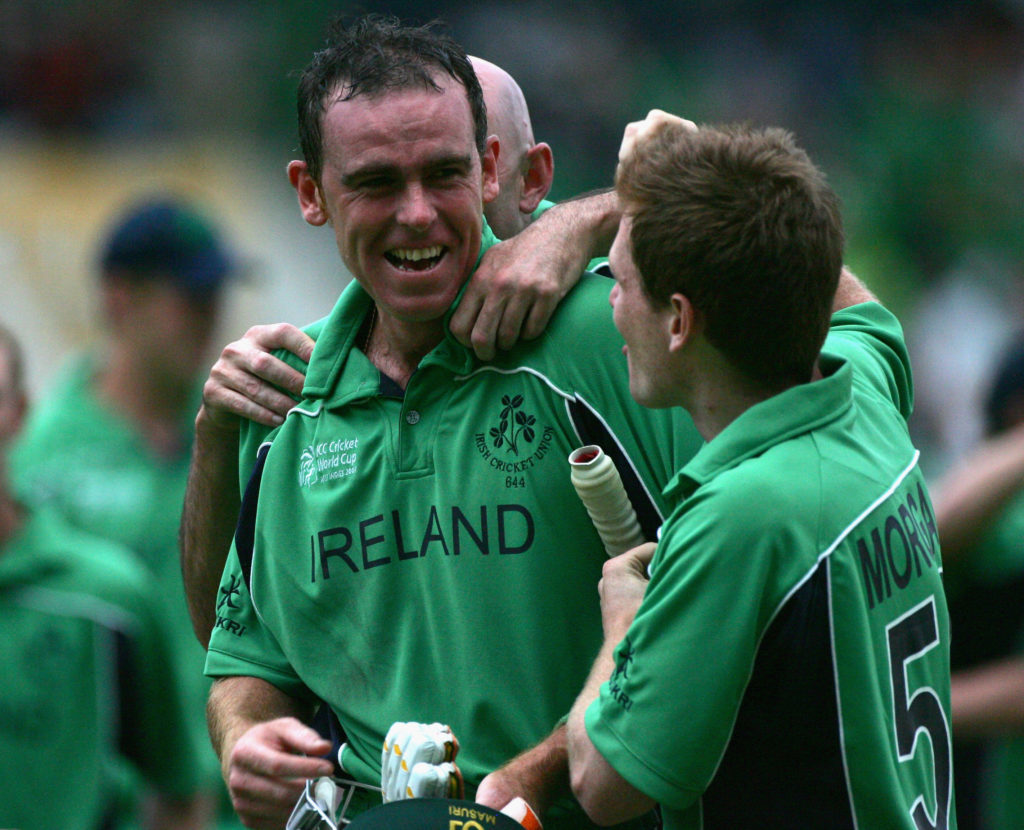 Trent Johnston of Ireland celebrates with Eoin Morgan after victory over Pakistan during the ICC Cricket World Cup 2007 Group D match between Ireland and Pakistan at Sabina Park on March 17, 2007 in Kingston, Jamaica. (Photo by Paul Gilham/Getty Images)

"Growing up in Ireland, being such a small community, there's always a story somewhere in a town or village locally where people haven't quite made it or there's an excuse, they haven't given themselves the best shot or they found it difficult being away from home.

“If I was going to be good or make the most of my potential I wasn't going to be able to do that in Ireland.”

As a young player, Morgan made no secret of his desire to play at the highest level possible. As Ireland lacked Test status at the time, that left few options. He had stated in the past that he did not see him home nation making the transition to the full format of the game.

He is glad to be wrong on that one. 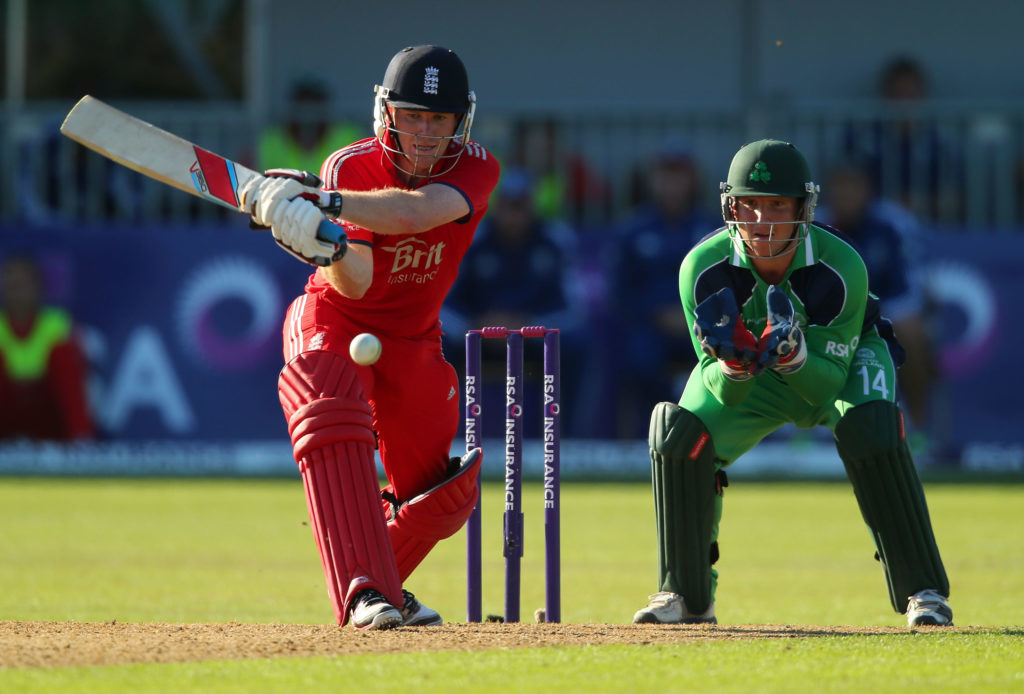 Eoin Morgan of England in action during the RSA Challenge One Day International match between Ireland and England on September 3, 2013 in Malahide, Ireland. (Photo by Clive Rose/Getty Images)

“They have been in the hunt to try and get Test match cricket for about a decade now and that has been justly rewarded. To get to this stage is a huge credit to them,” he said.

"I certainly didn't think I'd see it during my playing career, but the run to the Super Eights in 2007 really did create a bit more popularity around the game, and attention around Irish cricket. Since then, they've really done themselves proud.”