A TOTAL reversal of fortune in the second-half propelled St Finbarrs into the semi-final of the Intermediate Football Championship.

Trailing by six points at one stage in this Coventry derby they turned the tables with Rocco Carr landing nine points (five frees) for his side who kept Four Masters scoreless in the second-half.

In the day’s second quarter-final match it was victory for St Barnabas who made it a memorable weekend following up their Intermediate Hurling Championship on Saturday with victory over St Josephs by 3-12 to 0-10.

Their hurlers will join a select panel of players from across the county to take on John Mitchels in the Senior Hurling Championship Final which will take place at Páirc na hÉireann on Saturday afternoon at 2pm. 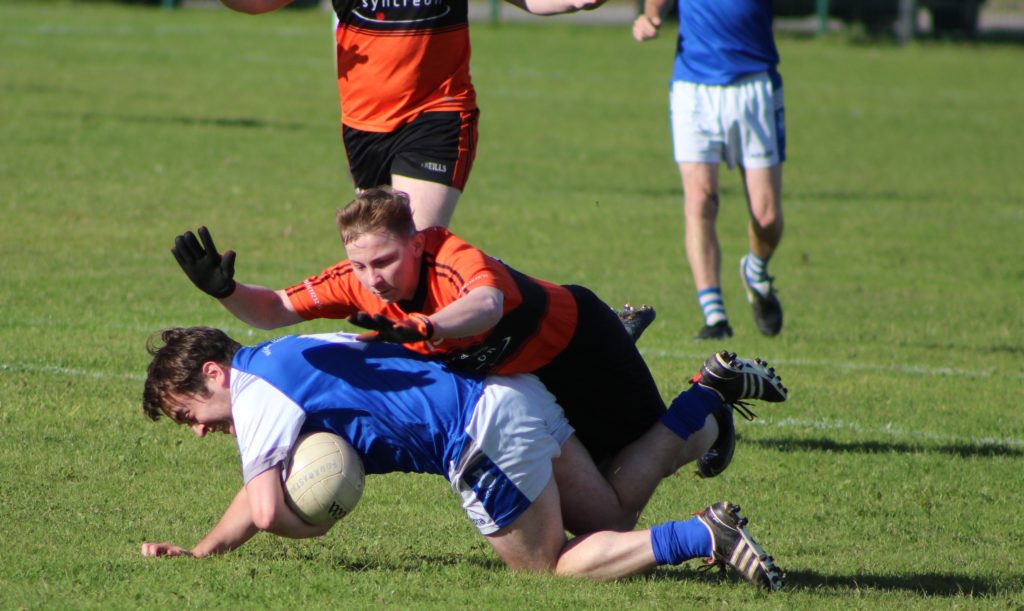 In the proverbial game of two halves it was Four Masters who forged ahead early on with Eddie Hanlon shimmying his way clear of defenders to plant a low shot into the back of the Finbarrs net.

James Connolly was striking well from set pieces, the midfielder landing two frees in a three-point total haul in the opening half hour while at the other end Finbarrs got themselves underway with points from Danny Harte and Carr (free).

Yet as the half wound down it was Finbarrs who came into their own with another Carr free sandwiching two points from Jack Deery.

There may have been hints of a turnaround at the end of the first-half, but there were no hints required in the second-half as Finbarrs took a firm grip on the game.

Deery landed the first in a continuous stream of points, Carr bringing the teams level and then sending Finbarrs into the lead with consecutive points.

Three frees in a row by the corner-forward then extended that lead before Carr popped up inside the forty-five to launch another point straight between the posts. 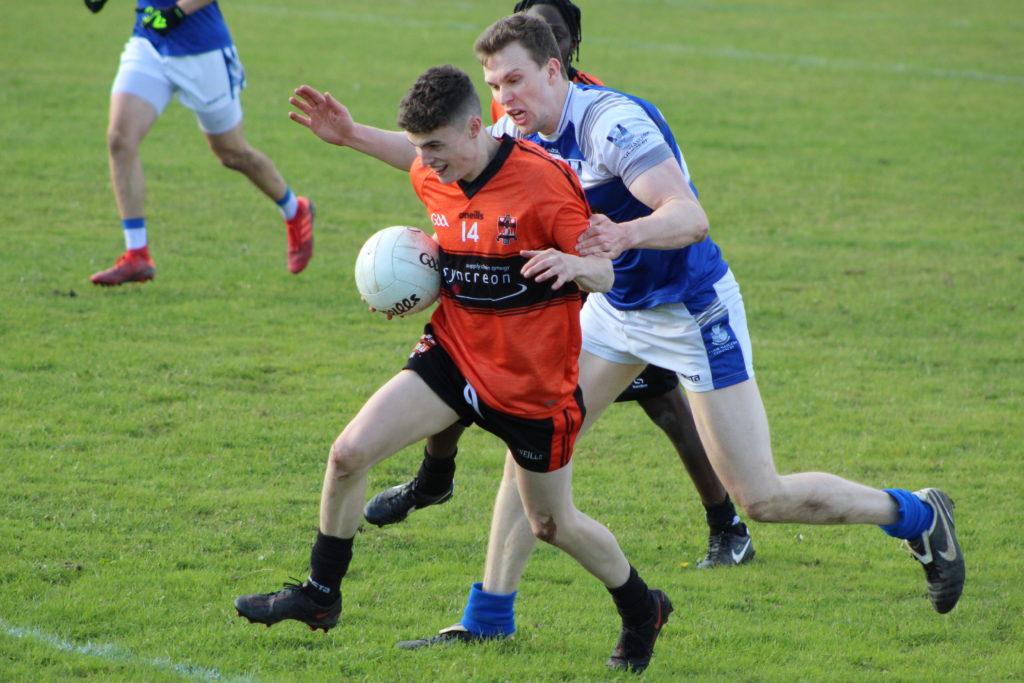 Carr turned provider then for Cathal Dineen to score from a narrow angle before sending over his ninth score from a central location.

Masters had opportunities in the second-half as they tried to wrestle back some momentum with Hanlon having the best chance surging in from they right only to be denied at the last by Finbarrs’ goalkeeper Adrian Moore.

Ultimately it was Finbarrs, who scored their only goal of the game with a late volley, who advance to take their place in next weekend’s semi-final against St Marys.

Sunday’s action saw the culmination of the round robin stage of the Ladies’ Football Championship and an opening win of the campaign for Sean McDermotts who defeated Naomh Padraig in what was effectively a knock-out game to decide who would advance to this weekend’s semi-finals.

A 3-12 to 2-03 success against Leicester means that they join John Mitchels, Roger Casements and St Barnabas in the knock-out stages.