REPUBLIC of Ireland’s Euro 2016 hopes may hang in the balance, but at least the thousands of fans who have travelled to France still have their sense of humour.

Amusing Irish flags have been popping up all over France and a notable Father Ted theme has become apparent, with several of the cult comedy’s memorable characters and quotes celebrated in flag form.

From the bad-mannered Father Stack to priest imposter Father Todd Unctious, here’s our favourite of the lot. 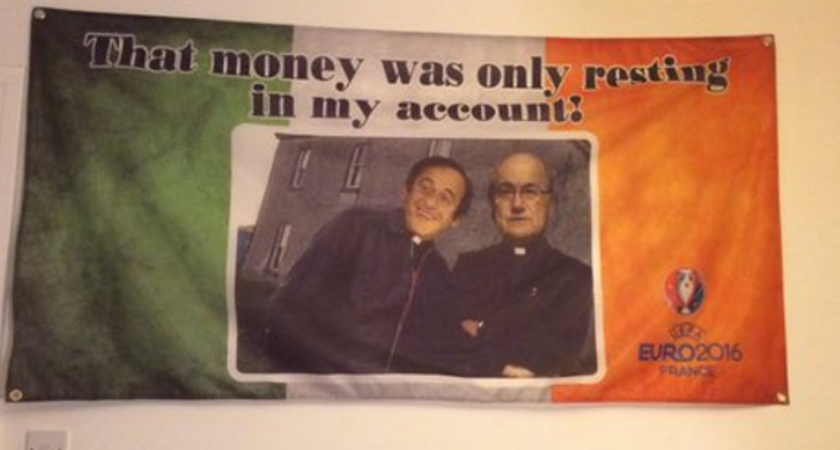 Over the past year, big wigs at both UEFA and FIFA have been exposed for making financial gains through their respective governing body’s funds. It’s unlikely that Sepp Blatter and Michel Platini will be banished to an island like Father Ted was for his own financial misgivings, but it’s an amusing thought. 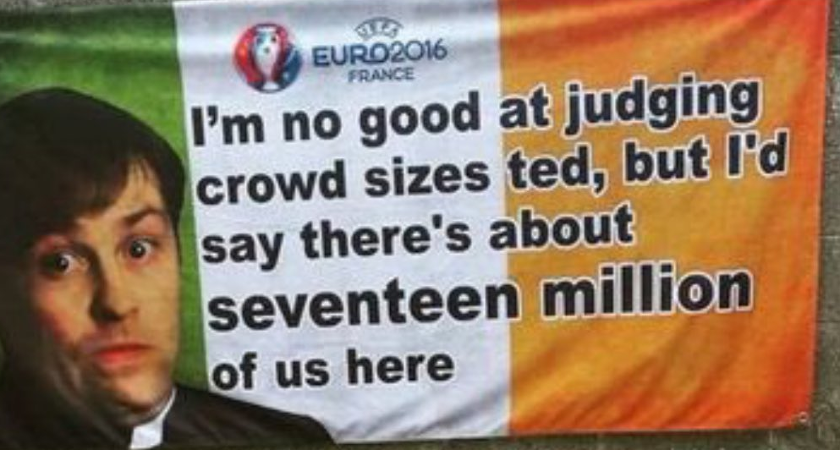 Supposedly around 75,000 Republic fans have travelled to France for the tournament, and that figure seems about right judging by some of the footage that has made its way back. However, don’t expect an accurate estimate from Father Dougal Maguire. 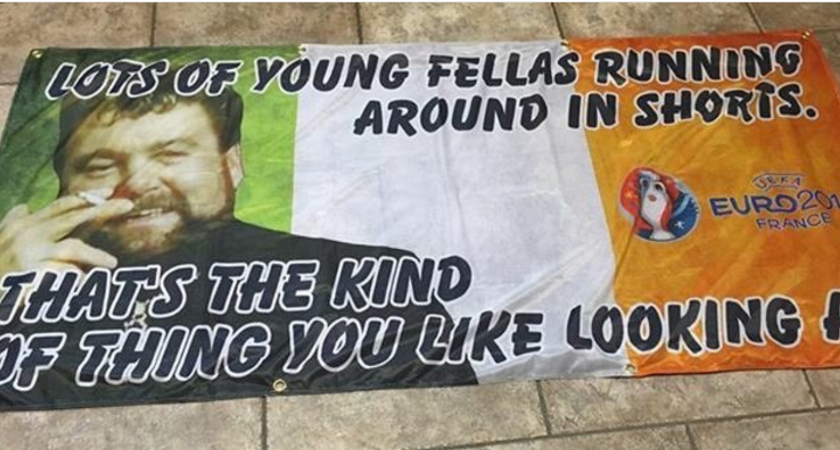 There are indeed a lot of young men in shorts at Euro 2016, which makes this classic quote from the legendary Father Stack – played by comedian Brendan Grace – the perfect Father Ted/Euros flag crossover. 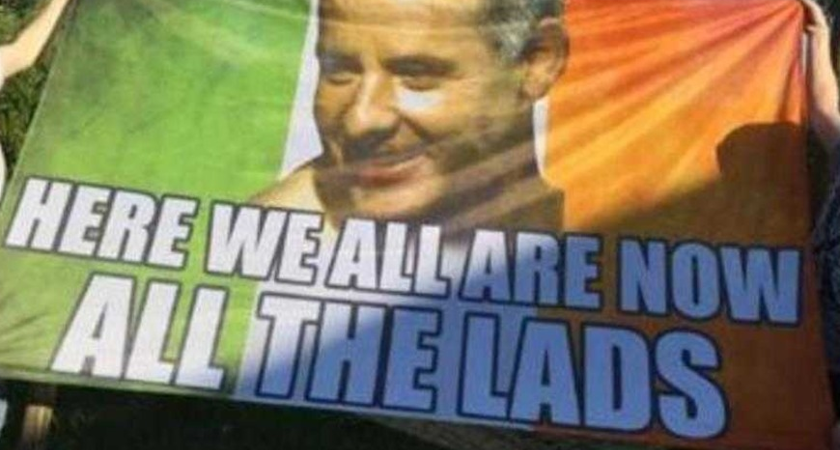 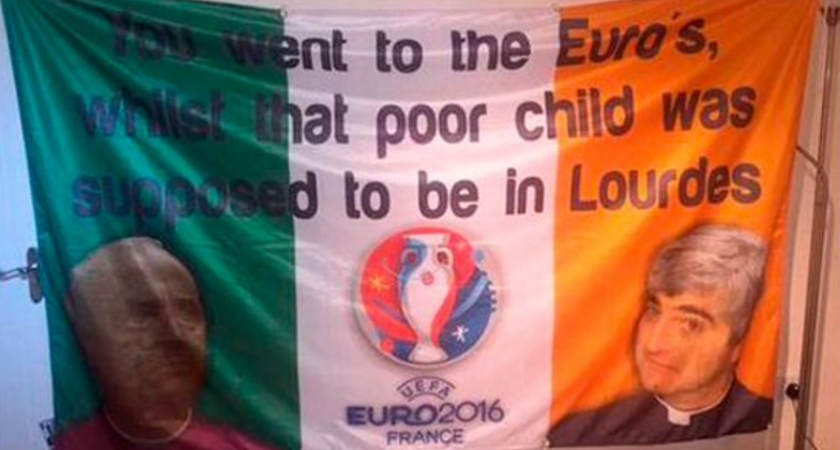 Bishop Brennan, another brilliant character from the hit show. Always at loggerheads with Ted, Dougle and Father Jack, the fearsome Bishop Brennan never needed an invitation to criticise Ted for his past misdemeanours, as this play on one of his classic quotes relays.