Five of the most iconic Irish moments at the Cheltenham Festival

The 1983 Festival played host to one of the racing world’s most storied achievements when Michael Dickinson trained the first five horses home in the Gold Cup. The Irish owned Bregawn crossed the line first, followed by Captain John, Wayward Lad, Silver Buck and Ashley House.

At the presentation, the Kennelly owners from Ireland, joked that they’d better horses ‘at home pulling turf’. So the legend goes. But the race will forever be billed as Dickinson’s Famous Five.

Hurricane Fly, Sizing Australia, Quevega, Chicago Grey, First Lieutenant, Boston’s Angel, Sizing Europe, Carlito Brigante, What a Charm, Noble Prince, Final Approach, Zemsky, Sir Des Champ. Some of the names you may have forgotten, but 2011 was a remarkable festival for Irish trainers and punters. Long Run won the Gold Cup under Sam Waley Cohen but for Irish racing fans, the year will be remembered for the lucky 13 winners that returned across the Irish Sea.

Every time I watch the race I think Dawn Run and Jonjo O’Neill are not going to do it. In the last gaps of the final furlong, Wayward Lad had the legs on his challenge and a clear run to the line. Dawn Run appeared spent as O’Neill came off the rail and veered across the track. Precious inches looked to be lost; every energy ounce seemed to have been spent.

Then, O’Neill found a gust of momentum from the belly of Prestbury Park that narrowed and narrowed the gap until somehow, Dawn Run crossed the line, first. It remains one of Ireland’s iconic sporting moments. 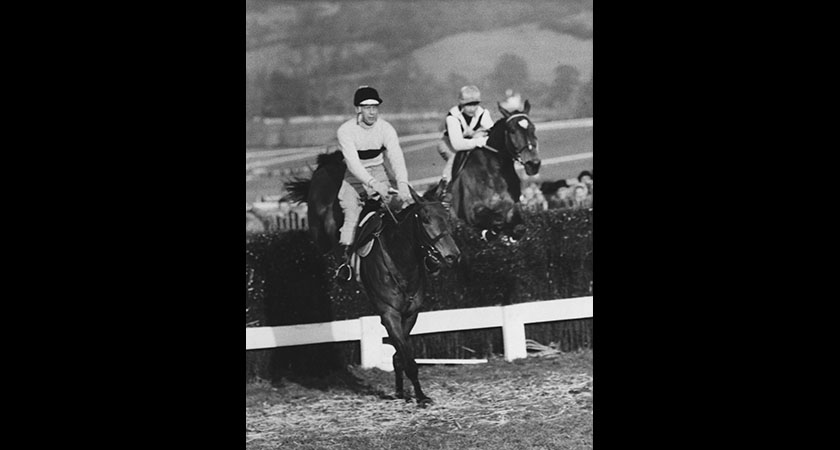 Still regarded as one of the greatest hurdlers of the modern era, the Aidan O’Brien trained Istabraq won the 1997 Royal and Sun Alliance Hurdle before nailing a remarkable three Champion Hurdles in a row. The first victory in 1998 was by a stunning 12 lengths.

Significantly, the horse and jockey Charlie Swan had the temperament and class to return and win again in 1999 and 2000 under the weight of huge expectation. The 2001 Champion Hurdle was not to be as Swan was forced to pull up Istabraq to audible gasps from the Grandstand. That disbelief underscored a greatness that still endures.

In 1964 the BBC moved the Gold Cup to Saturday so Grandstand could broadcast the race. The duel between Ireland’s Arkle and Mill House, trained in England, had captured the imagination of the public. Both sets of supporters considered their horse unbeatable. Their meeting was the equine equivalent of Ali versus Frazier. Mill House had won the previous year’s Gold Cup by 12 lengths.

But the masterful Pat Taaffe steered Arkle to victory and the euphoria that win sparked is credited with fuelling Irish interest in the Festival and making it what it is today. Tom Taaffe, the son of winning jockey Pat, and who trained Kicking King to Gold Cup success in 2005, told The Irish Post: “Some say the race broke Mill House’s heart, but the other thing was that Arkle was such a great champion.”