Five times Celtic were on the end of a cup upset

CELTIC travel to Albion Rovers in the fourth round of the Scottish Cup on Sunday with a historic treble a realistic possibly this season.

The Hoops are unbeaten in domestic competition so far this term, having won the Scottish League Cup and dropping only two points in the Premiership.

Albion Rovers meanwhile sit in mid-table in League One, failed to progress from their League Cup group and were eliminated from the Challenge Cup by Championship strugglers St Mirren.

Chairman Ronnie Boyd admits the money from the tie will stave off a “battle for survival” for his club, which contrasts with the millions Celtic make from the Champions League.

However despite their contrasting fortunes, cup ties are all about upsets, and Celtic have been on the end of a few.

Here's five results that will give the Wee Rovers hope as they seek a first win against Celtic since September 1934. 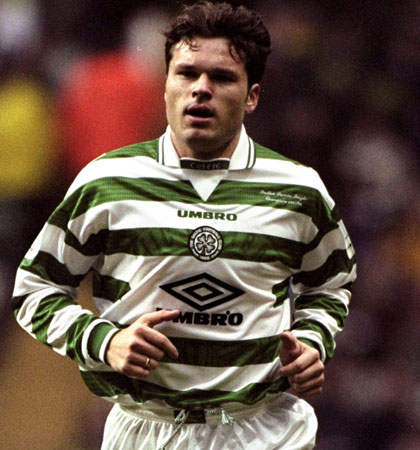 Let’s get this one out of the way first as everyone’s heard about it, and the famous headline it spawned – ‘Super Caley go ballistic Celtic are atrocious’.

A strong Celtic side were humiliated at home by the part-timers from the second tier, Mark Burchill’s equaliser to make it 1-1 ultimately not affecting the result.

Coach Eric Black laid into some of the players at half-time to try and provoke a reaction in the second half, however Mark Viduka reportedly snapped back at Black and had to be restrained before throwing his boots in the bin.

He didn’t reappear after the break.

The game came three days after a loss to Hearts in the league – a fifth league defeat of the season – and two days later manager John Barnes was sacked.

Inverness also defeated Celtic 1-0 when they next met in the competition three years later. 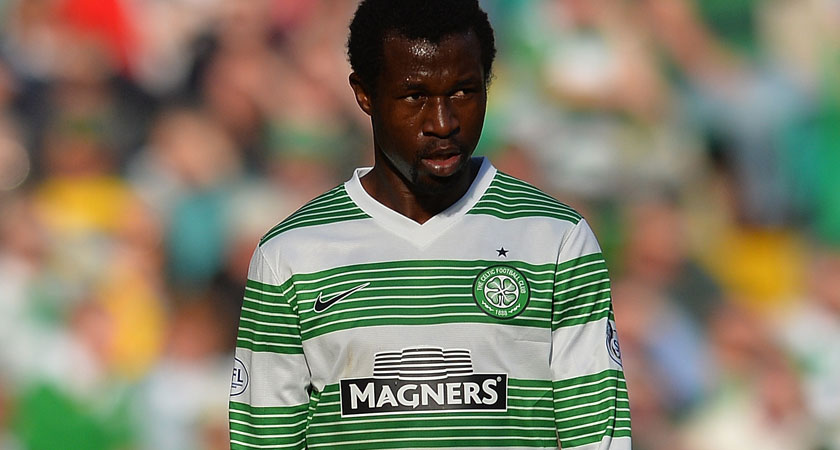 Despite Celtic’s recent dominance, you don’t exactly have to trawl the history books for cup upsets.

In 2013/14, despite only losing one league game all season, the Hoops were unceremoniously dumped out of both cups in Neil Lennon’s final season at the club.

The third round League Cup exit was the most embarrassing, with Celtic exiting at the first hurdle to Championship strugglers Greenock Morton, who recorded a first win over Celtic in 28 years.

A side featuring Scott Brown, Nir Biton and Virgil Van Dijk mustered 25 shots but only three on target, with Morton capitalising from the spot in extra time after an Efe Ambrose handball.

Morton lost in the next round and were relegated that season with just six wins from 36, but Celtic still failed to beat them.

Ambrose also conceded a penalty and was sent off in the semi-final of the competition last season against Ross County, as the Hoops saw a 1-0 lead turn into a 3-1 defeat. 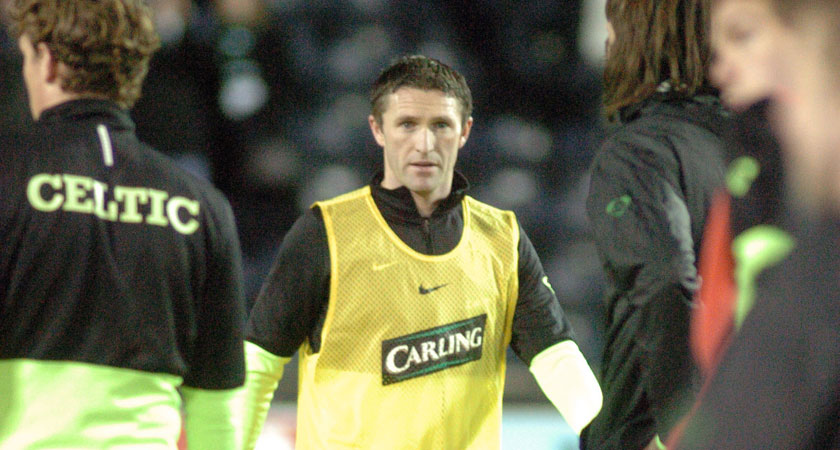 As well as the aforementioned League Cup defeat to Ross County, the Staggies also shocked Celtic in the 2010 Scottish Cup semi-final at Hampden to reach their first major final.

Following a seventh league defeat of the season against St Mirren, Tony Mowbray was shown the door at Celtic in March, with the Hoops 10 points adrift of Rangers who had two games in hand.

Neil Lennon took the reins and a 100 per cent record in the final eight league games saved some face as Celtic finished just six points behind their rivals.

However Lennon also oversaw one of the biggest upsets suffered by Celtic in only his third game in charge.

County, sitting in mid-table in the First Division, weren’t expected to cause too many problems for Celtic, but second-half goals from Steven Craig and Martin Scott saw them seal a deserved, historic win. 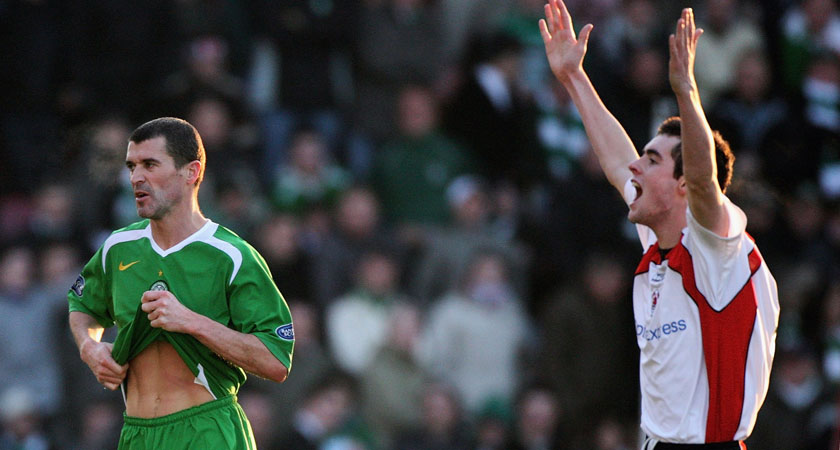 It was an inauspicious Celtic debut for Roy Keane (Image: Getty)

The Chinese defender made his Celtic debut in the same game as Keane but his disastrous performance saw him hauled off at half time.

He conceded a penalty that was saved by Artur Boruc but failed to clear the ball for Clyde’s second goal.

Holders Celtic were lucky not to be further behind at the break after Clyde had two goals controversially ruled out.

The Hoops had run riot at Broadwood less than a year earlier, winning 5-0 en route to winning the trophy, but the Bully Wee exacted revenge to spoil Keane’s debut.

The win was Clyde’s first over Celtic since August 1958, and Du Wei’s first – and last – game in Scottish football. 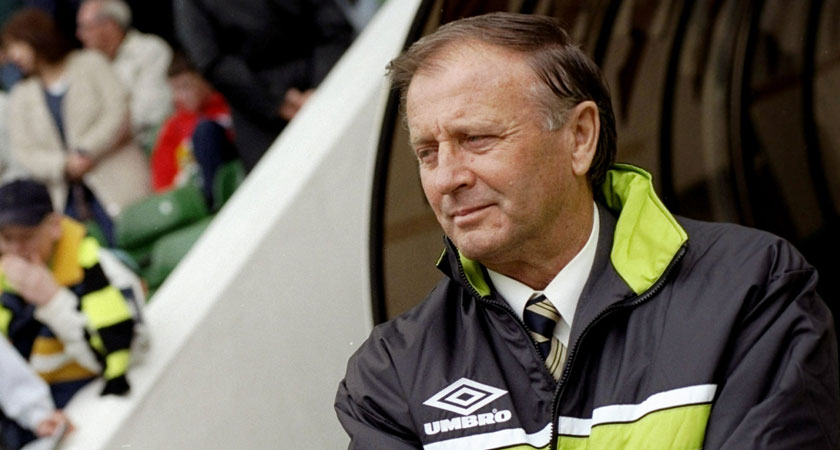 Dr Jo had no cure for Celtic's ills against Airdrieonians (Image: Getty)

Fresh from a league and cup double, and having stopped Rangers’ 10 in a row, hopes were high for the 1998-99 season.

However a change in manager and uncertainly over general manager Jock Brown’s position made for an unstable start to the season.

New boss Dr Jozef Venglos had just lost his second league game in charge, against Aberdeen, before he took Celtic to the Excelsior Stadium, but despite missing strikers Henrik Larsson and Harald Brattback through international duty, the Hoops were expected to win easily against the second tier outfit.

Late chances for Craig Burley and Darren Jackson went begging as the holders were dumped out at the first hurdle by a club that was forced to fold just four years later.

The win was the Diamonds’ first against Celtic for 23 years.

Despite eventually finding a winning formula, Venglos moved on at the end of a trophy-less season, ushering in the ill-fated John Barnes era…

By: Dr Joseph Bradley and Dr John Kelly  -  2 months ago