GAVIN BAZUNU has received high praise from his manager at Portsmouth. Danny Cowley believes the Irish keeper will go straight to the top and the sky's the limit.

The former Shamrock Rovers keeper has been an excellent signing for the League One outfit since making the move to Manchester City. He's kept four clean sheets in his last five outings.

Despite his good form for the club the Ireland keeper nearly lost his club place to Alex Bass, who has been in excellent form.

But after several stellar displays in between the posts, Bazunu has continued to elevate his status and the club's position in the League One Table.

Pompey sit 9th, six points off the summit and have won 4 consecutive games 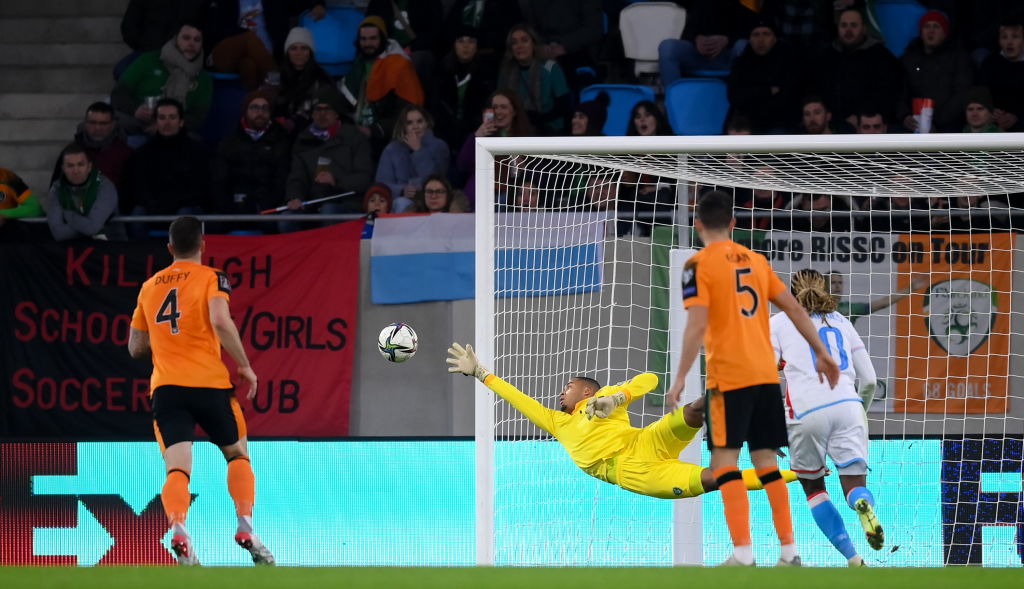 “One thing I wasn’t concerned about was how he was going to respond to a couple of mistakes that he made.

“I just believe so much in him, in his competency but also him as a human being.”

Bazunu has made 18 appearances for his new club since joining Portsmouth on loan from Man City.

Last season, the 19-year-old was on loan with Rochdale, but the club had to go down into League Two.

He's grown into and become stronger from the experience and many in the game feel that the young keeper is about to become one of the best.

And just this week, Bazunu was nominated for the best Irish overseas player of the year by the PFAI, alongside international teammates John Egan, and Jamie McGrath.

🧤 HUGE save from 19-year-old Gavin Bazunu to deny @Cristiano!