Can Bristol De Mai take the top prize and win the Grand National in this week's festival?

IT’S that time again – the Grand National Festival takes place at Aintree Racecourse this week, albeit behind closed doors.

The three-day event kicks off on Thursday, April 8, with the highlight of the festival, the Grand National taking place on Saturday, April 10.

Watched by more than 500 million people in more than 140 countries around the world, the Randox Grand National is an event like no other.

It sees 40 horses, and their jockeys, take on Aintree’s unique and world-famous fences.

Due to Covid-19 restrictions, no spectators can attend the 2021 races, but all the action will be televised via ITV so you can watch and cheer your favourite horses and jockeys on from home.

Monmiral has been deliberately targeted at this race and sidestepped the Cheltenham Festival. The four-year-old bids to keep his unbeaten record intact as he steps into the toughest field and highest grade he has ever competed in. He seemingly loves a flat surface having recorded his three wins to date at tracks such as Haydock, Doncaster and Exeter. There is undoubtedly more to come from this improving sort and he is well capable of Paul Nicholls his first winner in this race since Zarkandar back in 2011. Tritonic and Adagio had hard races three weeks ago and whilst respected, they have endured their fair share of racing this season. 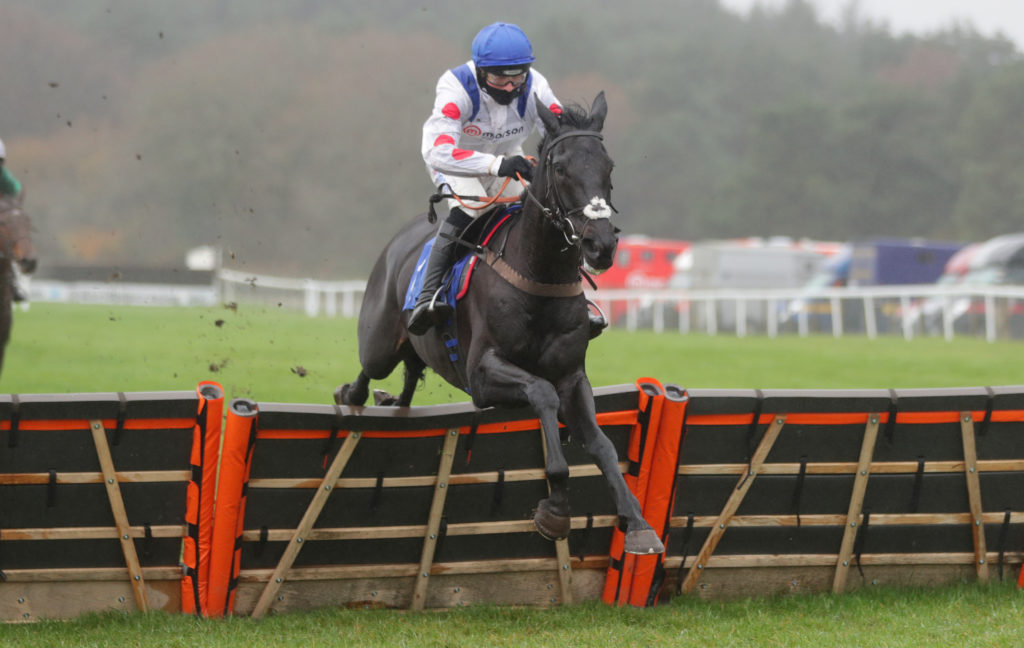 Native River ran another huge race in the Cheltenham Gold Cup when fourth to Minella Indo. He may have been beaten by younger and less exposed rivals that day but it was still a cracking effort. He has not endured too much racing this season with this only being the fourth run of his campaign. He is a particularly versatile sort having won on every type of ground from good to heavy. There looks to be nothing of the calibre of opposition that beat him last month in this race. He is also the only previous course and distance winner in the field and that augurs well for his chances.

Buveur D’Air could well be the each-way bet to nothing here. He too has been deliberately held back to take in this race which has seen its fair share of previous Champion Hurdlers taking the spoils. He injured himself after a surprise defeat to Navajo Pass at Haydock back in January, but Nicky Henderson should have him ready to fire on all cylinders here. Whilst he is a ten-year-old he has only limited mileage on the clock and the former Champion Hurdler can serve it up to the younger generation who have endured long hard seasons. He won this race back in 2017 and should make a bold attempt to reclaim his crown. 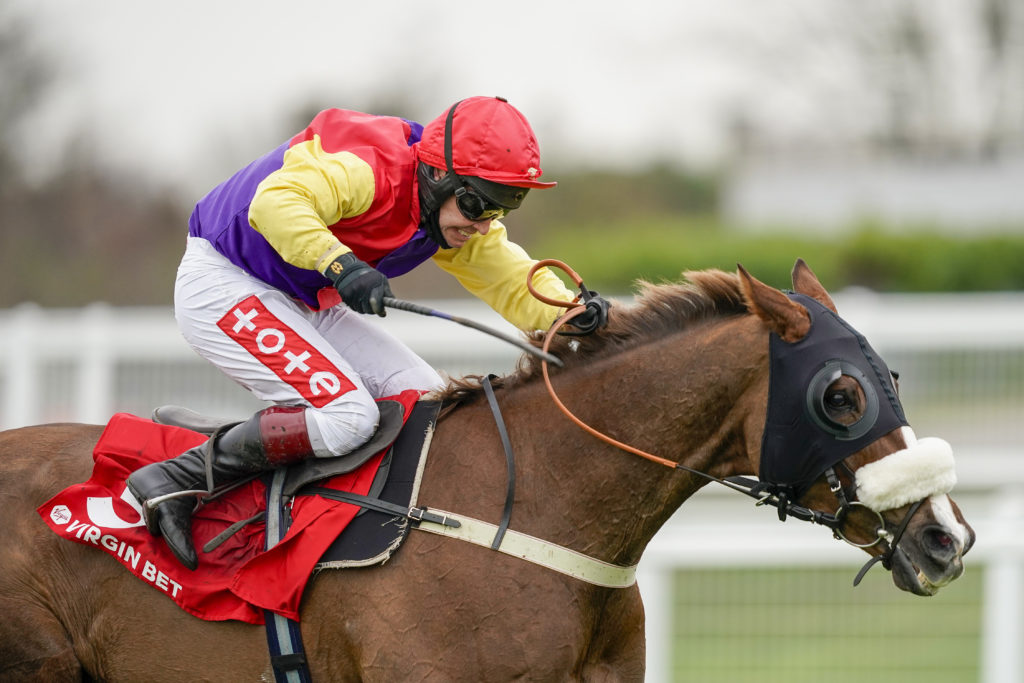 Richard Johnson riding Native River, who is also among Karl Kedley's tips for this week's event

Dusart is thoroughly unexposed and won his novices’ hurdle in good style when beating Soaring Glory. That horse came out and franked the form in no uncertain terms by winning the Betfair Hurdle back in February. He is a half-brother to former stable star Simonsig and if improving in a similar fashion, he ought to take a world of beating. My Drogo, Dreal Deal and Ajero are coming here in red hot form but have endured a long, tiring season. Dusart is as fresh as a daisy and he can cement his class over them.

Chantry House can supplement his Cheltenham win by playing a atarring role yet again. He came home twenty-eight lengths in front of Shan Blue and it is difficult to see the Skelton runner reversing that form. Chantry House has some excellent form on flat tracks, so whilst untested at Aintree, the course should present no obvious cause for concern. He is clearly improving and can continue on an upward trajectory here.

Politilogue would surely have gone close in the Champion Chase at Cheltenham but for a nosebleed just before the off. As a result, he was understandably withdrawn and if fully over whatever ailed him, he can gain compensation here. He won this race three years ago and went down on his sword when runner-up to Min the following year. As one of the few previous course and distance winners in the line-up he has to be right at the top of any shortlist.

Two For Gold could well prove the key to unlocking this puzzle as he is a model of consistency. The eight-year-old often wears his heart on his sleeve and tries to make the running in most of his races. He was far from disgraced when third to Cloth Cap in the Premier Chase at Kelso and a return to a flatter track will certainly be more in his favour. All of his best runs have come at similar tracks such as Warwick, Wetherby and Doncaster, so if taking to these fences he will prove a threat to all. He skipped the Cheltenham Festival to be saved for this and hopefully the ground doesn’t dry out too much for him as he loves to get his toe in. 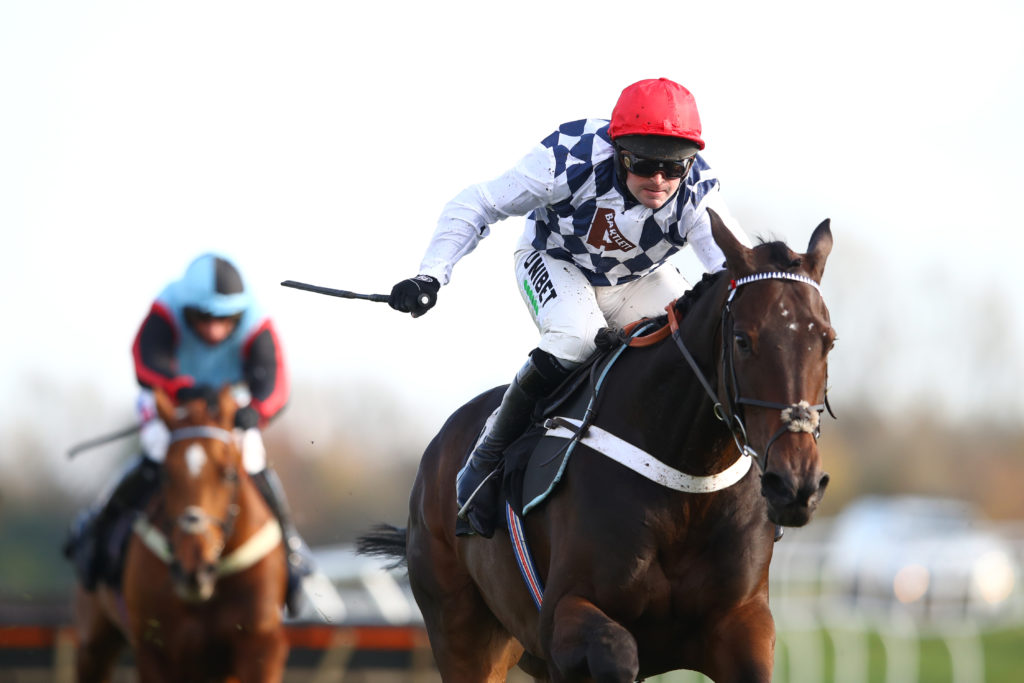 Will Dusart make this grade this week?

Bristol De Mai has been purposefully trained for this race by Nigel Twiston-Davies and the high class grey can perhaps even out the score for home based trainers given that they were completely blown out of the water by the Irish at the Cheltenham Festival. This likeable ten-year-old has a vast amount of experience to fall back on as he has been placed in twenty-two of his twenty-eight starts over fences including registering nine victories (five of which are Grade One wins).

Every runner in the field faces the same question, will they see out the trip? If he can settle himself into a decent rhythm and stay out of trouble, he has to have every opportunity of lasting home. He is tough and genuine and rider Daryl Jacob knows his every move. The jockey has won this race before and that should be an extra bonus that that the horse has in his armoury.

Chief dangers include previous Irish Grand National winner, Burrows Saint as well as the JP McManus owned Kimberlite Candy. At a huge price Sub Lieutenant could sneak a place so ensure you shop about for bookmakers who are paying as many as seven places on the day.

Likely favourite, Cloth Cap offers no value but he is a very exciting horse for sure. He has a tendency to jump to his left and that puts me off especially in a forty-runner field such as this.