FUKUROI, JAPAN - SEPTEMBER 28: Rob Kearney of Ireland is tackled by Amanaki Lelei Mafi of Japan during the Rugby World Cup 2019 Group A game between Japan and Ireland at Shizuoka Stadium Ecopa on September 28, 2019 in Fukuroi, Shizuoka, Japan. (Photo by Stu Forster/Getty Images)

FORMER LEINSTER and Ireland full-back Rob Kearney has announced that the game against Samoa for Barbarians will be his last.

The Grand Slam winner announced that he would be hanging up his boots on Twitter. He said the game at Twickenham will be his "last game of rugby". 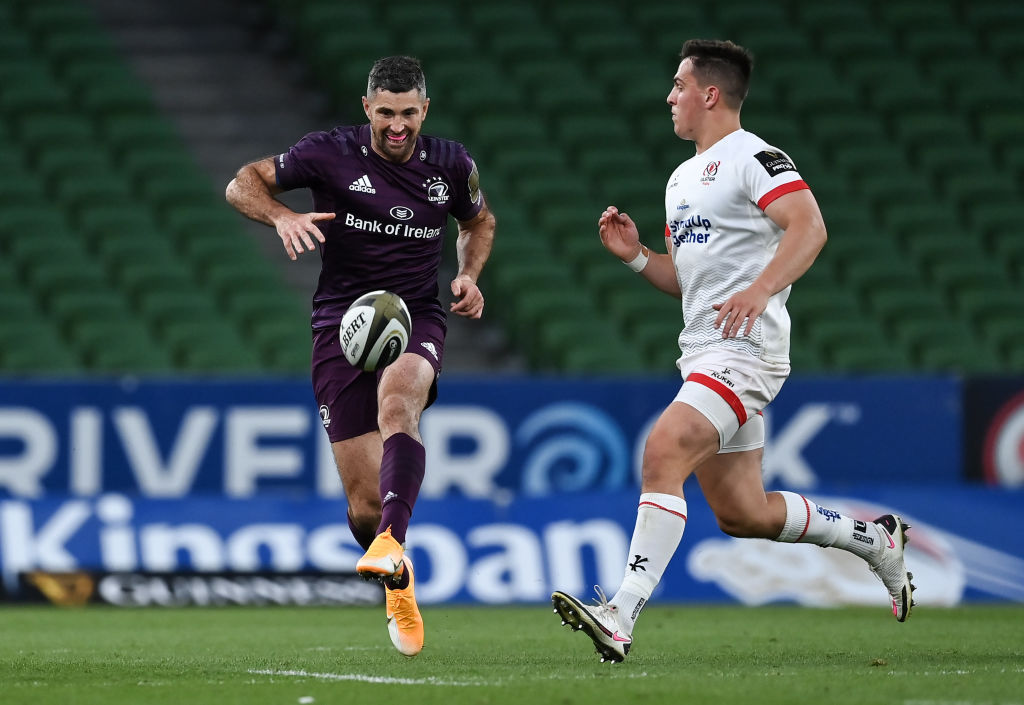 A regular for Ireland under Declan Kidney and Joe Schmidt the Leinster man was always dependable and able.

Kearney made 95 appearances for his country and 219 for Leinster in a successful career career. He also spent time in Australia with Western Force.

"It’s always been a dream to play for the @Barbarian_FC and what a historic team to play your last game of rugby with, grateful for the opportunity!"

Kearney won't be the only Irish player to play for the Baa-Baa's this weekend. There are seven Irish players between the men's and women's teams.

They include recently retired Irish captain Ciara Griffin, Lindsay Peat, who is also expected to retire after the game, as well as Anna Caplice, Sene Naoupu and former Ireland centre Jenny Murphy.

leinster second row Jack Dunne have both been named in the men's squad.e, while Dunne is the only uncapped player in Dave Rennie's squad.

Soon-to-be Ulster number eight Duane Vermeulen will also line out for the Barbarians, before completing his move to Belfast.

It’s always been a dream to play for the @Barbarian_FC and what a historic team to play your last game of rugby with, grateful for the opportunity! pic.twitter.com/xQP3ohB93P