Clinton Morrison has lifted the lid on the infamous bust up between Roy Keane and Mick McCarthy in Saipan in 2002 with a jaw dropping first-hand account of the incident.

The Manchester United star had let it be known around the camp that he was unhappy with Ireland’s preparations going into that tournament – and tore into the FAI for undermining their chances, saying it was like "playing for the Dog and Duck.”

The state of the training facilities was the major bugbear, but tension between Keane and McCarthy had been simmering for a while.

Their first blow-out went all the way back to the early 90s and a friendly tour of the USA. 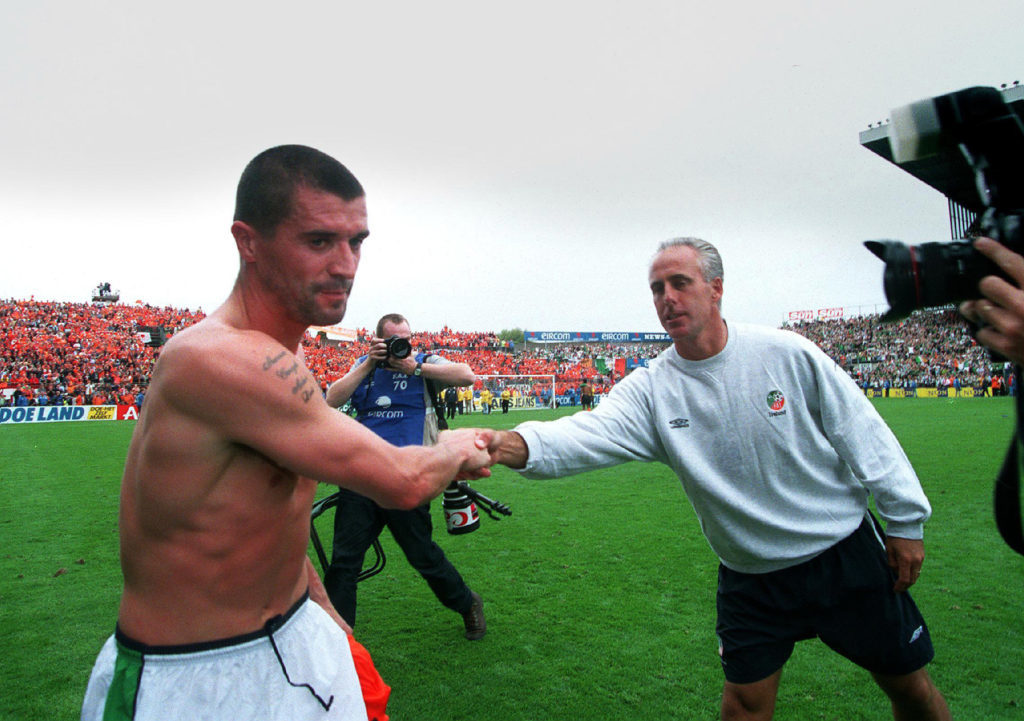 Things finally came to a head when Keane went against McCarthy’s instructions and voiced his concerns to the Irish media ahead of Ireland’s opening World Cup match against Cameroon in 2002.

“He was at Manchester United and he said when it comes to the World Cup, he wanted things done properly,” Morrison told talksport this week.

“But the first day we got to Saipan was a nightmare. Our kit went missing and the training facilities were not the best.

“If Roy waited a day, we went to a place called Chiba [near Tokyo, Japan] and it had the best facilities, the pitch was like a carpet. But he’d lost his head the day before, he’d gone mad.”

As well as inadequate training facilities, Keane had a gripe about the travel arrangements, diet and McCarthy’s traditional training methods.

“Roy had obviously had a moan [to the press] about the facilities, and Mick said: ‘I told you not to do any interviews, so why have you done this?’

😡 “Mick came in with a paper and said that he told us not to do any interviews.”

“Roy said: ‘I did an interview because I wanted to. The set-up, the surroundings, they have not been good enough’.

“They started arguing. I’m thinking, hang on a minute, our best player, the best player Ireland have probably produced for many, many years is there arguing with the manager and the whole squad is watching it.

“He said to Mick: ‘You were a bad player anyway, you had a rubbish first touch and you’re a poor manager. The only manager I respect is Sir Alex Ferguson‘.

Then he said: ‘And you’re English, you’re not even Irish!’

As soon as he said that, I think most people who were born in England put their head under the table. I know I did. I was thinking, please don’t come for me!

“I don’t know if it would have come to blows, but Roy was steaming!

“I think Mick could have done it in a different way, spoke to him one-on-one, because Roy was always ready to blow back then, always fighting things and always ready to go into one."