DUBLIN manager Jim Gavin says consistency and a high level of performance are something he seeks over a 70-minute spell as his side prepares for Kerry in this Sunday’s All-Ireland final.

Dublin hit 2-6 in a 15-minute spell to blitz Mayo early in the second half of the semi-final last time out.

And the Dubs boss, perfectionist that he is, insists this type of play will need to happen over the duration of the game rather than in short bursts if they are to see off the threat of Kerry and make history.

Speaking to The Irish Post, he said: “You can always improve. All we are trying to do is eke out is a high level of consistency and performance time and again. 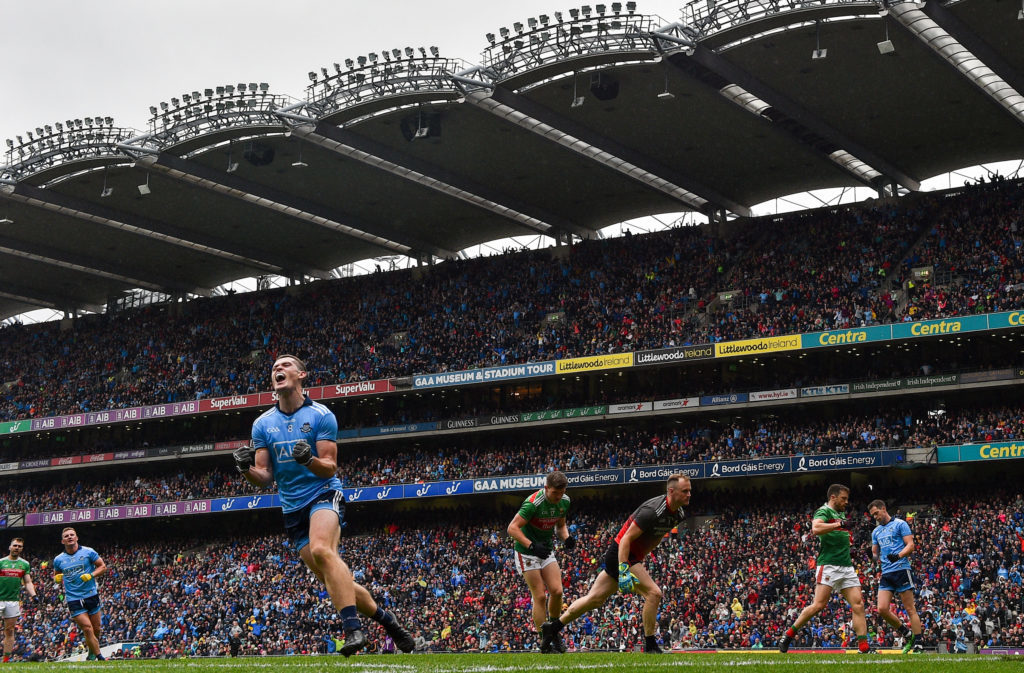 Brian Fenton of Dublin celebrates after scoring his side's third goal during the GAA Football All-Ireland Senior Championship Semi-Final match between Dublin and Mayo at Croke Park in Dublin. (Photo By Ramsey Cardy/Sportsfile via Getty Images)

“When you look at it in terms of performance of a team, perfection is a bit like infinity - there’s always something in each facet of play that you want to improve upon.

“We went through a patch against Mayo where we executed very well in the first half. Mayo defended really well and took their scores really well, and they went in two points up and it could have been more. I thought we done really well to limit the scores to just being down by two points.

“Over the expanse of the game it will ebb and flow, and when the opportunities come your way, you just need to execute them as best you can.”

A Dublin v Kerry final would have been the choice for the purists. It’s odd in many respects to see any Kerry football team listed as rank underdogs. But there is no danger of Gavin believing the hype. 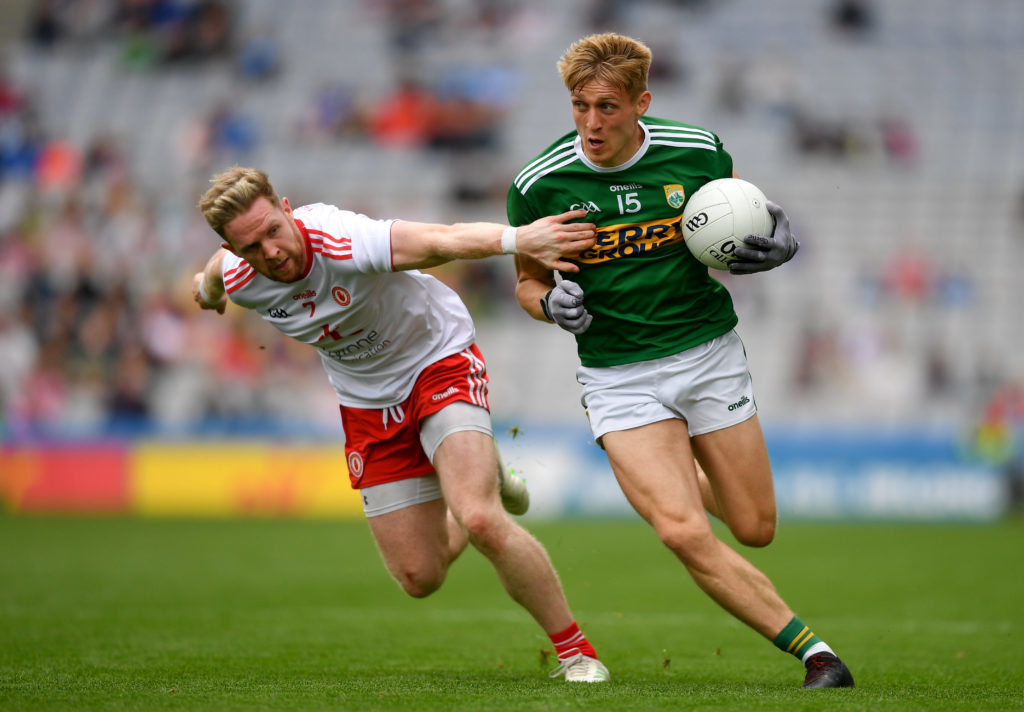 Killian Spillane of Kerry in action against t7 during the GAA Football All-Ireland Senior Championship Semi-Final match between Kerry and Tyrone at Croke Park in Dublin. (Photo By Eóin Noonan/Sportsfile via Getty Images)

He is known for his meticulous approach to games and that won’t change ahead of this year’s showpiece encounter.

“It’s quite apparent what a solid game plan Kerry have and the skill levels that they have,” said Gavin.

“So it’s going to be an exceptionally tough game for us. Kerry looked very fresh and full of energy when we played them in the National League earlier this year. In hindsight it was great to get a close-up look at them. We came back on the bus saying ‘that’s a very impressive team’.”

Gavin said the Kingdom were very accomplished during their National League campaign and deservedly got to the final.

Not a team developing

“They have carried that form into the Munster campaign. They looked sharp against Cork, albeit the score was tight. They opened with an impressive six attacks and got 1-5 on the board. In their game in Ennis against Clare in difficult conditions, they managed quite well.

“In the quarter-final series, Donegal would have posed a lot of questions for them, and I thought they answered them really, really well.

He added: “They had a very clinical performance against Meath, in difficult circumstances going up to Navan, and they came away relatively unscathed. Then their semi-final against Tyrone, they were four points down against a really experienced team, with an outstanding manager in Mickey Harte and they still turned it around and finished with some aplomb.

"They backed it up, with a performance in Killarney against Mayo, with 15 points on the board from their first 19 attacks.

“This isn’t a team who are developing. This is a team who are very accomplished and polished, so it’s going to be a massive challenge for us on Sunday.”