NORTHERN IRELAND made history this week by beating Ukraine at Seaview to reach the finals of the Women’s Euro 2022 competition.

Marissa Callaghan and Nadene Caldwell scored to give Kenny Shiels' side a 2-0 win on the evening of April 13 and a 4-1 victory on aggregate in the two-legged play-off.

It caps a remarkable 17-year journey for the team, who reformed in 2004.

Praising his players following their win, Manager Kenny Shiels said: “I look at my staff, grown men, over there crying. I am nearly in bits myself, it is down to the girls at the end of the day.”

He added: “When I came in in 2019 the girls were traumatic, in bits, in pieces, and I was a new face, but they were self-driven and took it on.

“You have to take it in context, you look at Rory McIlroy and Steven Davis for what they have done for Northern Ireland.

“This here, far and away, is the best ever sporting achievement for Northern Ireland, for the UK, actually.” 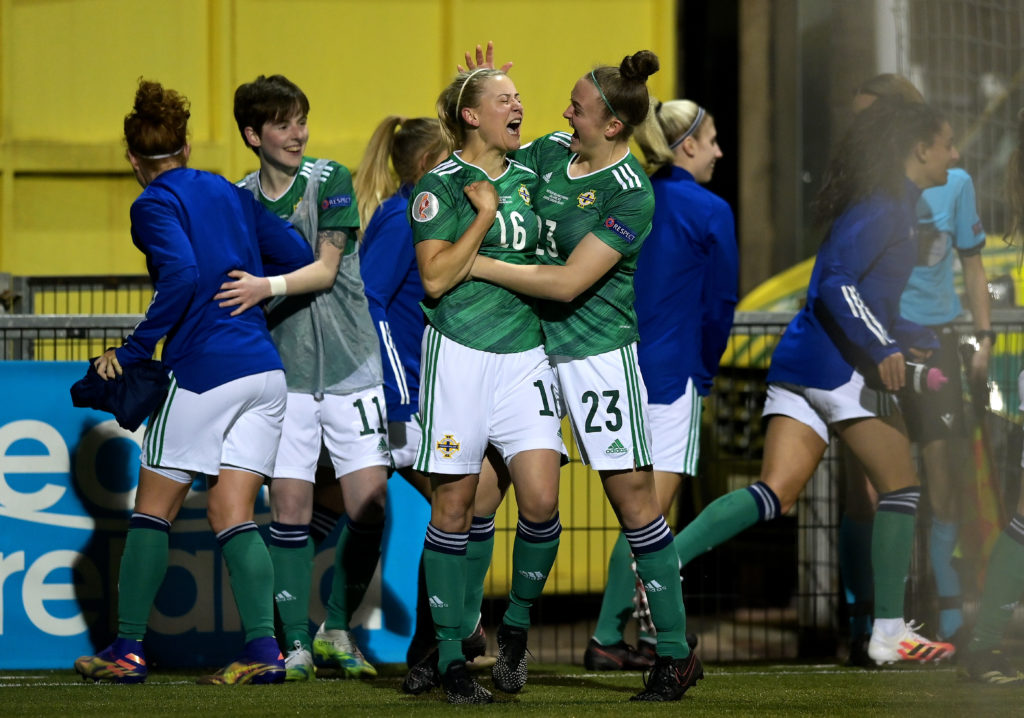 He explained: “When you put it in context, these are amateur players, 16 of the panel play in the Irish League, for Glentoran, Linfield, Cliftonville and Crusaders, and I am so grateful for those clubs.

“But they are playing against players who are playing for all the top teams in Europe - Barcelona players, Man City players, Arsenal players. It is incredible what they achieved."

The Euro 2022 finals, which take place in England next summer from July 6-31, will be Northern Ireland's first major tournament.

The first game, involving hosts England, will be held at Old Trafford in Manchester, with the final at Wembley Stadium in north London.