SCOTLAND and Ireland held onto their Senior and Under 21 Shinty-Hurling International titles after strong second half displays in Dublin at the weekend.

In mainly wet conditions, both winners held their counterparts to just one point in the second half on the way to retaining silverware.

A hat-trick of second half goals were key for Scotland's Seniors in their 5-11 to 0-4 win over Ireland.

The hosts were held scoreless in the closing 30 minutes, as Scotland proved more accurate, and goal-hungry throughout. 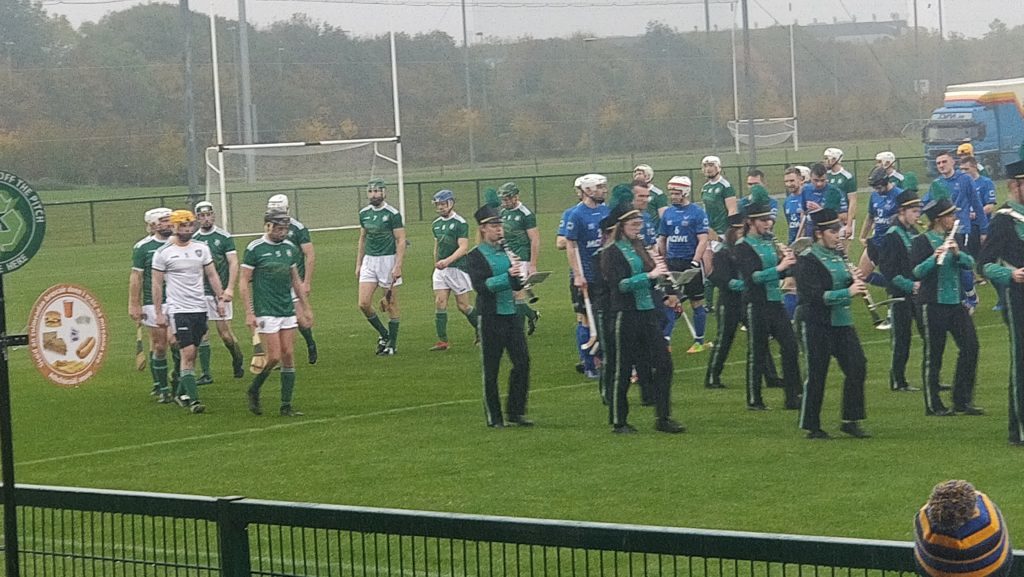 The Ireland and Scotland Senior teams parade behind the Finglas Marching Band before Saturday's Shinty-Hurling International. Photos by Cóilín Duffy

Morrison and McCuish step up

Kildare's Paul Divilly and Donegal's Danny Cullen ensured a 0-2 to 0-0 lead after four minutes, but despite Ireland's dominance in the opening stages, they failed to make it count on the score-board.

Goals from Craig Morrison and substitute Andrew McCuish helped Scotland to a 2-3 to 0-3 interval lead.

It got worse for Ireland on the restart, when Morrison fired his second goal 30 seconds in, before MacDonald delivered a two-pointer from a placed ball.

“We were very disappointed with the end score, but lads put in a great shift there, they worked very, very hard,” Ireland joint senior manager Willie Maher said.

Ireland trailed by 4-1 to 1-9 at half-time, but dug in on the restart, with Kerry's Shane Conway (2-6), who skippered the side; and Tipperary All-Ireland winner Mark Kehoe (4-0) very much to the fore.

They helped account for five goals between the 38th and 50th minutes, with Galway's Darren Morrissey netting the other goal late on.

“When the goals came we just eased through and got comfortable and got used to the game,” Ireland joint Under 21 manager Willie Cleary said.