Hoops legend Frank McAvennie: They should just hand the 10 leagues over to Celtic now

FORMER Celtic star Frank McAvennie believes the arrival of Steven Gerrard will have no bearing on the destination of the Scottish Premiership title this season.

The Hoops begin the defence of their title at home to Livingston on Saturday (3pm) whilst their Glasgow rivals face a far sterner test away to Aberdeen on Sunday.

Gerrard joined Rangers in May and has raided former side Liverpool for a host of loan signings as he bids to turn the troubled club around.

But McAvennie is far from convinced that such moves will tilt the balance of power in Glasgow - and believes Neil Lennon's Hibernian could sneak second place this year.

Speaking to The Irish Post, he said: “They should just hand the 10 leagues over to Celtic now.”

“I would even look at Neil Lennon as a possible contender for second place with Hibernian too, which would be great for Scottish football. 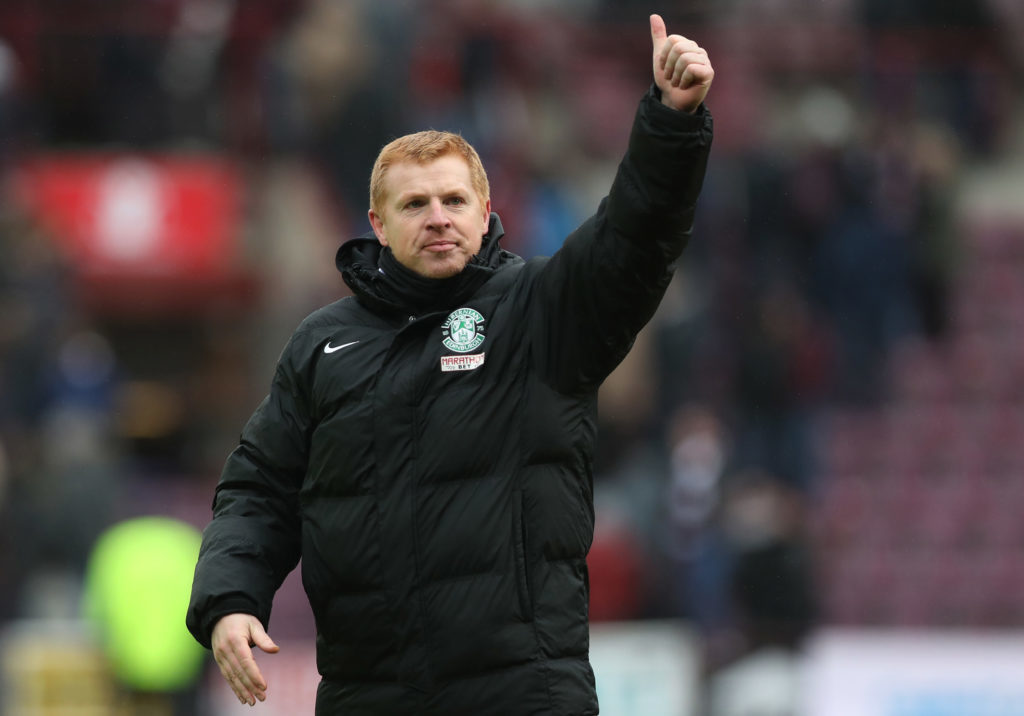 “That will depend on whether think Neil can keep hold of John McGinn. He has been linked with Celtic and he is one of the few players elsewhere in the league that could play for the side but it’s not the right time.”

McAvennie came to professional football relatively late at 19 years of age but Celtic were his boyhood club.

He sees parallels with some of the recent graduates of the Celtic academy and -with the financial limitations of the Scottish game - such advantages need to be maximised to the full.

“Celtic has a fantastic academy with Kiernan Tierney, Callum McGregor and James Forrest in the first team,” he said.

“It’s important to have that connection with the club from a young age, and those lads have that."

The former Scotland international is possibly best remembered for getting both goals against Dundee United in the 1988 Scottish Cup final and -as a fan who stood on the Parkhead terraces- that success was even sweeter. 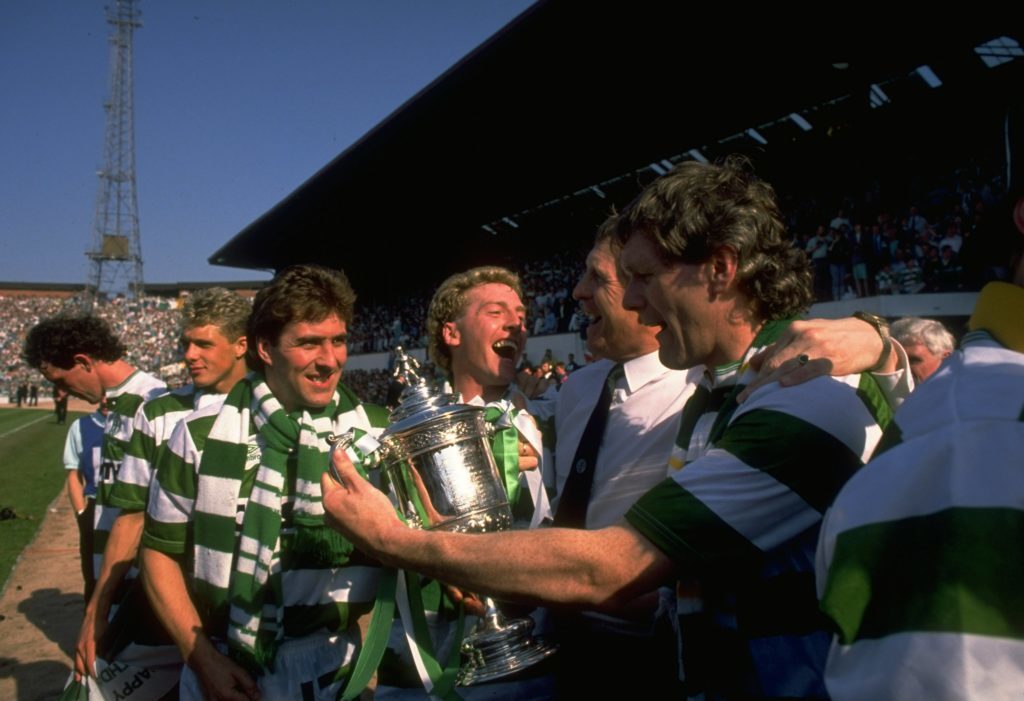 He said: “The hairs stood on the back of my neck that day.

“For me as a Celtic supporter that cup win was everything. When we won I remember Tommy (Burns) in the middle of the park just holding the base, cuddling it and crying.

“ He said to me in 100 years time we will be remembered.  I hadn’t even thought of it in those terms and then it struck me: ‘I’m in the centenary team.' It was incredible.”

A popular figure at West Ham and Celtic to this day, his obvious talent on the park was often overshadowed by a ‘playboy’ life-style accompanied by tabloid coverage.

He can trace the moment when it all changed for him. “Appearing on The Terry Wogan show in 1986,” he said.

“Suddenly people with no interest in football knew who I was. At that time there was no coverage of English football on television and this was the biggest show going out to 23 million people.

“ I went to meet my mum for lunch the next day and people were asking me for autographs at the airport. I was at Stringfellows on the Saturday night and the press were waiting on me.”

Such incidents ignore that -at his very best- he was one of the most feared strikers in European football.

During his first stint at West Ham, he formed a formidable partnership with Tony Cottee. The pair bagged 56 goals between them as the Hammers finished third in the top flight – their best ever placing to date.

“When I hear people today say it takes players time to settle I think what a lot of rubbish." he said.

"It doesn’t matter where you come from or what language you speak, Tony Cottee couldn't understand a word I was saying at first.

“We went to the last game of the season, people don’t realise how close we came (to winning the league).”
The striker was also runner up to Gary Lineker for the Golden Boot after defeat against Everton secured second place for the Merseysiders.

“I was in tears and didn't want to play. I’ve never seen so many grown men cry. It was horrible to finish third and it didn't mean anything to me. 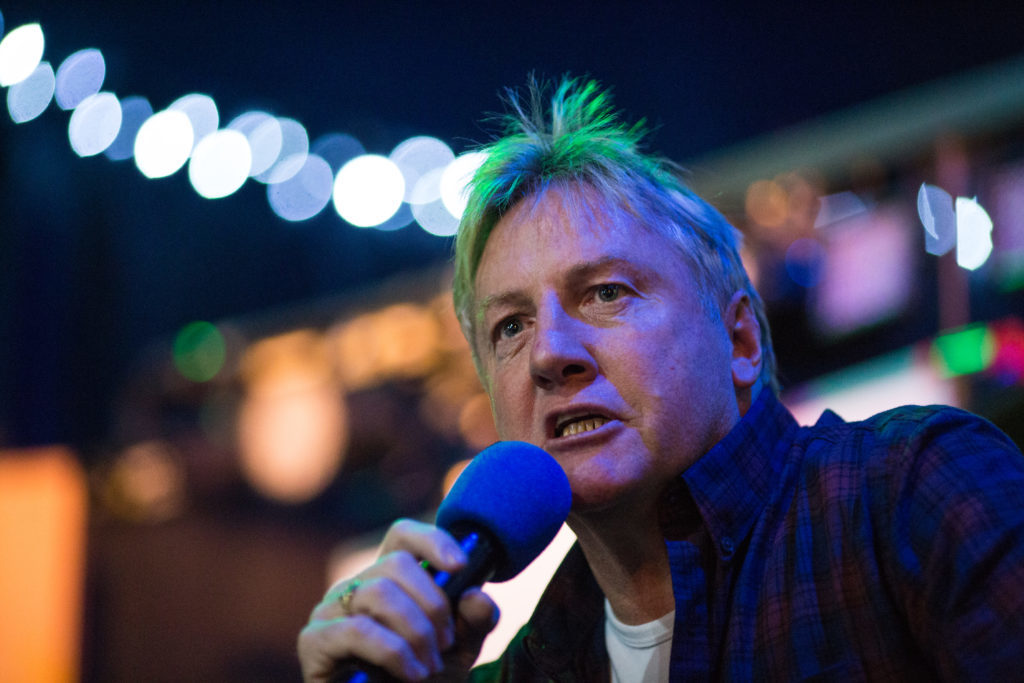 McAvennie is still a popular figure with West Ham. Here he is speaking at a pre-match event at the East Ham Working Men's Club in Upton Park on December 3, 2016 (Photo by Jack Taylor/Getty Images)

“ I didn't know about Lineker and the Golden Boot, he scored with a lot with penalties and I wasn't interested to be honest with you, I just wanted to go on holiday before I went to the World Cup.”

He built up an instant rapport with the West Ham faithful and insists it was his all-action style of play and commitment (as well as goals) that made the transition easier.

“The fans are very similar (to Celtic)” he said.  “I just went down and gave 100 percent and they took me as one of their own.  John Lyall used to say to me ‘look in the mirror on the way out and if you can do the same on the way back in I’ll not need to shout at you’.

“It was great advice because otherwise you are only cheating yourself. Scott Brown (Celtic captain) is the last typical type of player from that era, he’s my sort of player. I don’t know what they are going to do when he goes because he’s like Big Roy (Aitken) from the side that I played in at Celtic.

"He drives people through the games. I’m sure he will go into coaching or some kind of management because it’s in his blood.”