DIARMUID CONNOLLY has confirmed his retirement from inter county Gaelic football in a surprise announcement.

The 33-year-old forward is one of the most decorated players in the game, with six All-Ireland titles and 11 Leinster titles to his name during a stellar period of success for Dublin.

The news is a blow for Dubs boss Dessie Farrell, following so soon after the loss of Jack McCaffrey and Darren Daly earlier this summer.

Farrell can still boast an embarrassment of riches, as he plots a course for six-in-a row when the Leinster championship gets underway next month.

A Moment of Magic from Diarmuid Connolly late in the 2016 All-Ireland Semi-Final win over Kerry 😍#ThanksDermo pic.twitter.com/OH3UFFgmlH

But that task is made harder with the loss of experienced big hitters such as McCaffrey and Connolly.

“I have been fortunate enough to play with an incredible group of players and I have cherished memories for life,” said Connolly last week.

“Throughout my journey with Dublin, I was lucky to have shared it with an exceptional collection of friends who displayed unwavering support and loyalty to me during my time.

“I would like to thank my club, St Vincent’s GAA and the Dublin County Board for giving me the opportunity to represent Dublin from underage to senior level.”

Connolly won his first All-Ireland against Kerry in 2011 and his first under Jim Gavin in 2013 against Mayo.

He would win four more under Gavin, but missed out on success in 2018 – opting instead to play in America for Boston Donegal.

There seemed to be a cooling of relations between him and Gavin during this period and Connolly was keen to play in Boston again in 2019.

But visa complications scuttled that move, and Boston’s loss was undoubtedly Dublin’s gain. 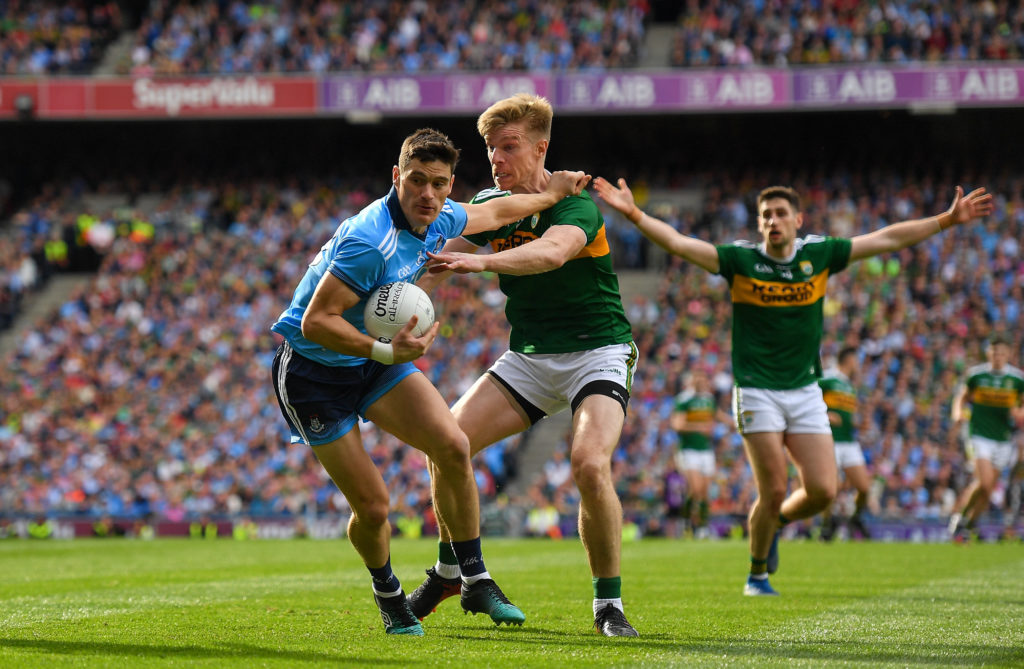 Diarmuid Connolly of Dublin is tackled by Tommy Walsh of Kerry during the GAA Football All-Ireland Senior Championship Final match between Dublin and Kerry at Croke Park in Dublin. (Photo By Ramsey Cardy/Sportsfile via Getty Images)

He was used sparingly by Gavin on his return, coming on from the bench at various stages in last year’s championship success. Yet the easy style and panache was still clearly evident.

"The timing of it is a little odd with the county scene set to restart in a couple of weeks' time," former Dubs star Paul Curran said.

"The fact that it's a shortened season this year, they're only going back to play the couple of league matches and then it's into knock-out football, so the max games that he can play between now and Christmas is seven...that would have been very achievable for a fellah as good and as fit as Diarmuid," he added. 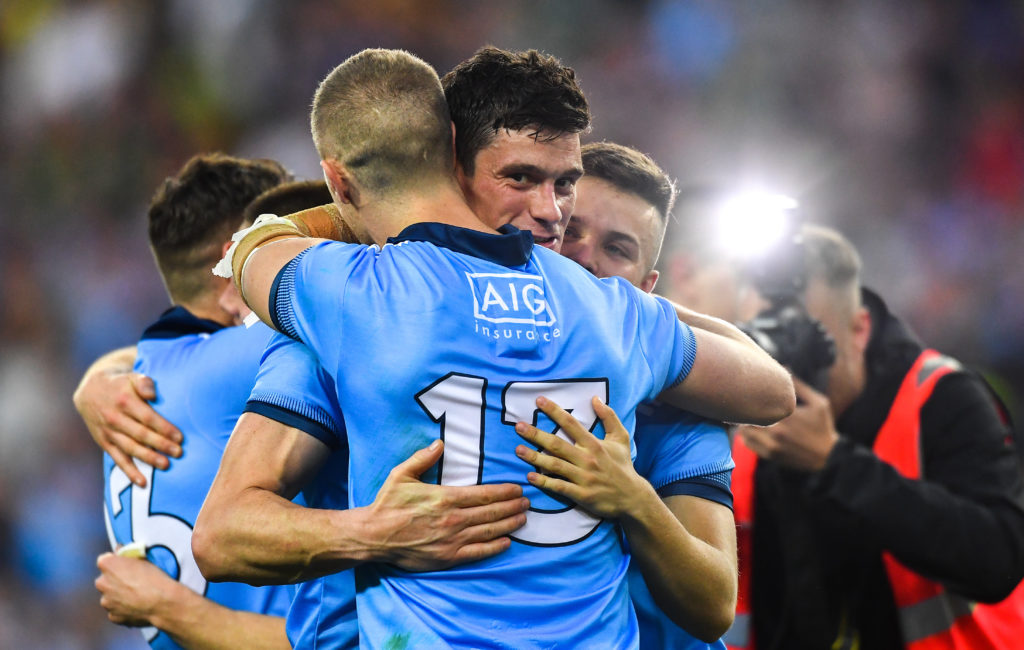 "Look, he's 33 years of age, he has a lot of football played with both club and county, he probably feels it's the right time to go but the timing of it is a little bit strange.

"And it adds to Dessie's woes, I think."

Diarmuid Connolly has this evening announced his retirement from inter-county football.