The most puzzling question about Saturday’s abject defeat to Australia was why were Ireland so flat?

Under a new coaching ticket, who’d shown a refreshing willingness to shake up team selection, against illustrious but beatable opponents and at everyone’s favourite 5.30pm kick-off time under the lights. Everything was in place for a rousing performance.

It was almost eerily reminiscent of the corresponding game in Kidney’s tenure. Like Schmidt, Kidney’s Ireland started off with a leg-loosener against a side they’d expect to beat (Canada in their case) before moving on to the main event.

In Kidney’s case it was an Australia side who weren’t exactly in top nick. There was a real feeling that Ireland could do something, and the atmosphere before the game was white hot. And then… nothing. Ireland never fired a bolt, and Australia won in cruise control.

It was that series which prompted some soul searching, which resulted in Rob Kearney’s infamous address of the Leinster/Munster issue and we all know what happened next.

It’s hard to know if the current malaise — which has been rooted in the team since the World Cup in 2011 by this stage — can be solved without an ‘honesty session’.

One thing that came up for discussion after the game was the body language of the Irish team. Both Shane Horgan and Ronan O’Gara were underwhelmed, and in particular the lack of a reaction when Peter O’Mahony was turned upside down and dumped on his head.

Too much can be made of the willingness of players to get into pointless fights in lost games, but whether the game was lost or otherwise, the safety of a teammate was compromised, and one would expect his team to rally around him.

It does beg the question: is the Irish pack just a little too genteel?

Great packs of forwards have a couple of lightning rods, explosive enforcer type characters who will ensure that nobody dishes out any unfair hurt on their team. In general nobody likes these players, except the fans of the team they play for. 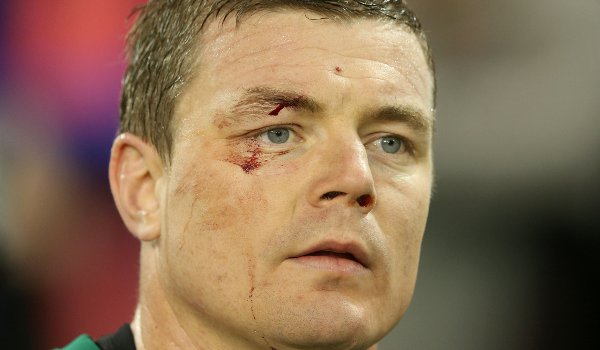 Think Martin Johnson refusing to leave the red carpet for President McAleese, or Jamie Cudmore’s litany of career offences. The only universally popular enforcer/nutter character is Montpellier’s feral Mamuka Gorgodze, who everyone seems to enjoy.

Ireland perhaps lack this figure at the moment. In the past Paul O’Connell has typically been this character, but he had one of his quietest tests in history on Saturday, and in truth looks way off his best form this season.

Peter O’Mahony gives good angry face, but there’s always something a little faux about his hardman act; he doesn’t seem to have the physical attributes to back it up. It’s all squaring up to people with little intention to actually do anything to them: “Hold me back, guys!”

Previous Ireland vintages could rely on players like Jerry Flannery and Stephen Ferris, and before that Alan Quinlan and Peter Clohessy, to bring a sense of anything-can-happen mayhem to a match, and their characteristics are just not there in the current panel of players.

Ferris is still on Ulster’s books, but a return to test rugby looks as far away for him as ever. Donnacha Ryan is perhaps the closest thing we currently have to Flannery’s wild man spirit, but he too is injured, and his impact was dulled by injury last season.

It’s not that the Irish pack is soft as such; just that it is perhaps not nasty enough. Nobody can doubt the competitive spirits and toughness of the likes of Rory Best and Sean O’Brien, but ultimately they’re nice guys.

Likewise Jamie Heaslip and Cian Healy are all-action players, but they’re both free-spirited, laidback characters, rarely given to starting fights. Cian Healy had a bit of mongrel in his youth, but was more naughty schoolboy, always getting caught for a jersey-tug or block-off, rather than enforcer.

Irish fans actively despise the likes of Courtney Lawes and Dylan Hartley, mean-spirited players given to putting a hurting on opponents in an illegal fashion, constantly trying to get away with just-outside-the-law shenanigans wherever they can.

But loathe as we are to say Ireland need to channel their inner Dylan Hartley, it’s just possible that’s what they have to do.