THE IRELAND'S Women's squad for the World cup qualifiers for the Sweden and Finland games will be announced tomorrow by Vera Pauw. The biggest selection headache for Pauw will be where Irish captain Katie McCabe performs best.

McCabe's steady flow of assists and goals for Arsenal this season have given the manager something to think about.

The Dubliner has three goals and three assists in five games for Arsenal this season.

McCabe is a regular at left back and left wing for Arsenal, and has featured in other roles for Pauw too. Many fans believe that she is better suited further forward

McCabe see's her numbers as her biggest indicator of where she will play,

14 - Arsenal have won all 14 @BarclaysFAWSL games that Katie McCabe has scored in, now the joint-best 100% win rate when scoring by any player in the competition's history (Jennifer Beattie also 14 games). Charm. pic.twitter.com/HaNw51zgss

In an interview with Arseblog News for a STATSports product launch, McCabe says she is a "nerd with the data '', and maticolully studies her physical performance data points after  Arsenal games.

“When I play left-back, my exposure to high-speed running will be very high, whether that’s because I am overlapping or trying to move their winger back and making space for my winger or to receive the ball myself.

“If I’m playing higher up, I am probably moving more from side to side."

McCabe added: "But the main stat I look for after a game is the high-speed running metric. That’s the stat that brings me into the game, if I haven’t done many I know I probably haven’t affected the game enough.

"I will look at that stay and watch my games back and analyse whether I have pushed the opposition back, whether I have made them defend me and how high up the pitch I have been able to get.”

McCabe isn't the only data driven obsessive, other players at Arsenal like this Scottish club captain Kim Little and Dutch superstar Vivianne Miedema, are fond of data stats at Arsenal.

“Kim (Little) is too, definitely. Viv (Miedema) is another, she is always very conscious of her high speeds in particular. She prides herself on being one of the fastest in the squad, maybe even the fastest.

“We’ll be doing speed tests in training and you’re working your backside off and you’ll ask the S&C (Strength and Conditioning) staff what your stats were and you compare them to everyone else. You get that level of competitiveness and it drives everyone to try to improve.” 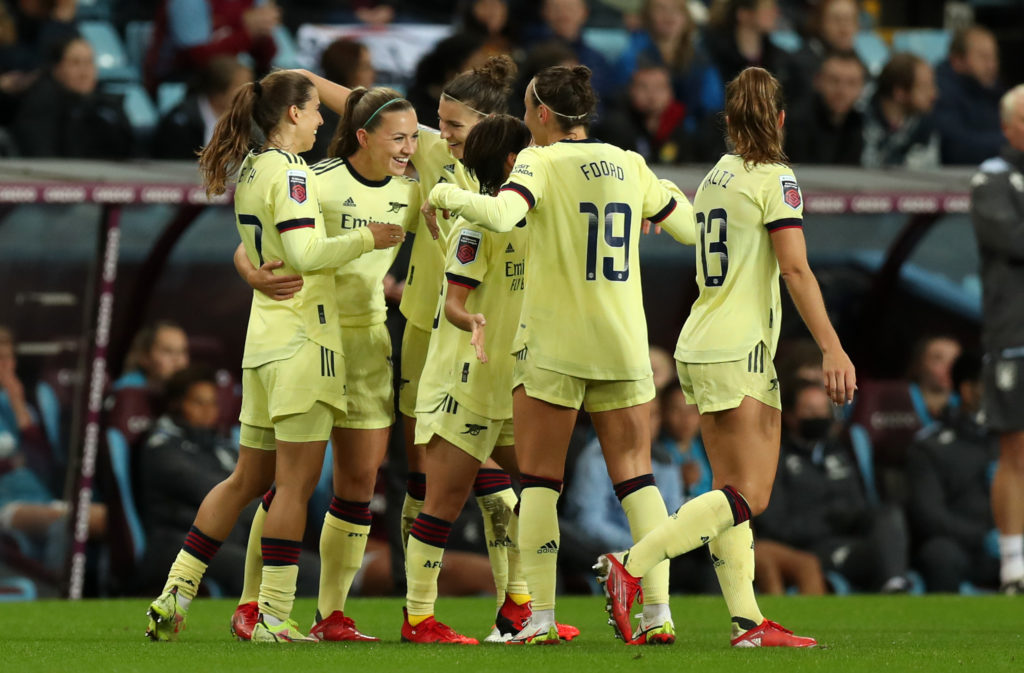