IRELAND international Wes Hoolahan has been linked with a £1.5m move to Aston Villa that would see him reunite with former Norwich City manager Paul Lambert.

The Midlands club have reportedly tabled a bid for the 31-year-old Norwich City attacking midfielder.

Hoolahan has been out-of-favour at Norwich having started just five games under Chris Hughton this season. Under Lambert he had averaged 32 starts a season over three years.

Speculation of a deal intensified over the weekend when Hoolahan missed the Canaries' 1-1 FA Cup third-round draw against Fulham at Carrow Road.

However his current boss Chris Hughton played down talk of a move, insisting that Hoolahan missed the clash due to injury. 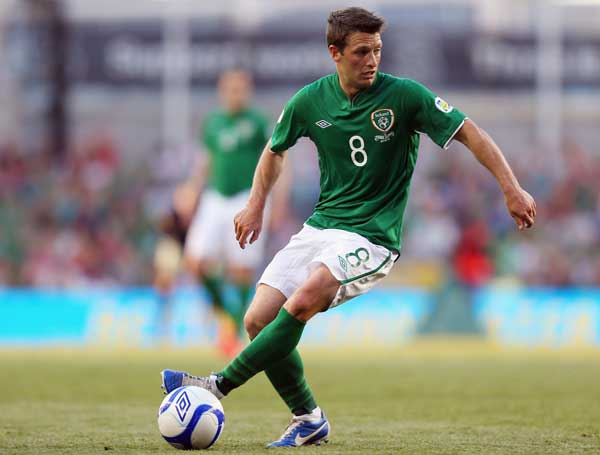 Hoolahan in action for Ireland

He said: "Has there been a bid? Not that I am aware of, absolutely not. At the moment it is a hypothetical situation that you are asking me about.

"There is no news to report in or out. We are working, the same as most teams and anything we have to tell you we will, but it is my responsibility to do things in the proper manner and for me that is behind-the-scenes."

Lambert was also quick to brush off questions about a possible bid for Hoolahan after watching his Villa side crash out of the cup to League One Sheffield United.

He said: "It's not fair to talk about other team's players. I don't think that's right. He's a Norwich player and like any player we go for, I don't think it's right to comment."