THE BBC has excluded George Best from their list of the greatest footballers of all time, causing quite a stir on Irish social media.

To celebrate the legendary Pele's 80th birthday, the BBC asked people to rank the very best players in the history of the sport, and offered up 10 names for everyone to consider.

No space then for 1968's European Footballer of the Year then? How many of those did Pele win? *wink*

On Pele's 80th birthday, we want you to rank the greatest footballers of all time.

Have your say: https://t.co/BMoJUC9UKF #bbcfootball

"I'm not biased...but George Best was better than all of them," wrote on Twitter user.

Another noted: "Pele said George Best..... So why is he not on the list. The list is meaningless without George Best."

"Agreed, Pele has always stated that in his opinion Best was the greatest footballer he ever saw. I wouldn’t argue with someone with his understanding of the game," said another in response.

Best is generally considered to be the island of Ireland's greatest ever footballing export, and is considered by most (BBC!!) to be one of the greatest players to ever play the game.

He starred as one-third of Manchester United's 'Holy Trinity', alongside Sir Bobby Charlton and Denis Law, and famously guided the club to European Cup success in 1968. 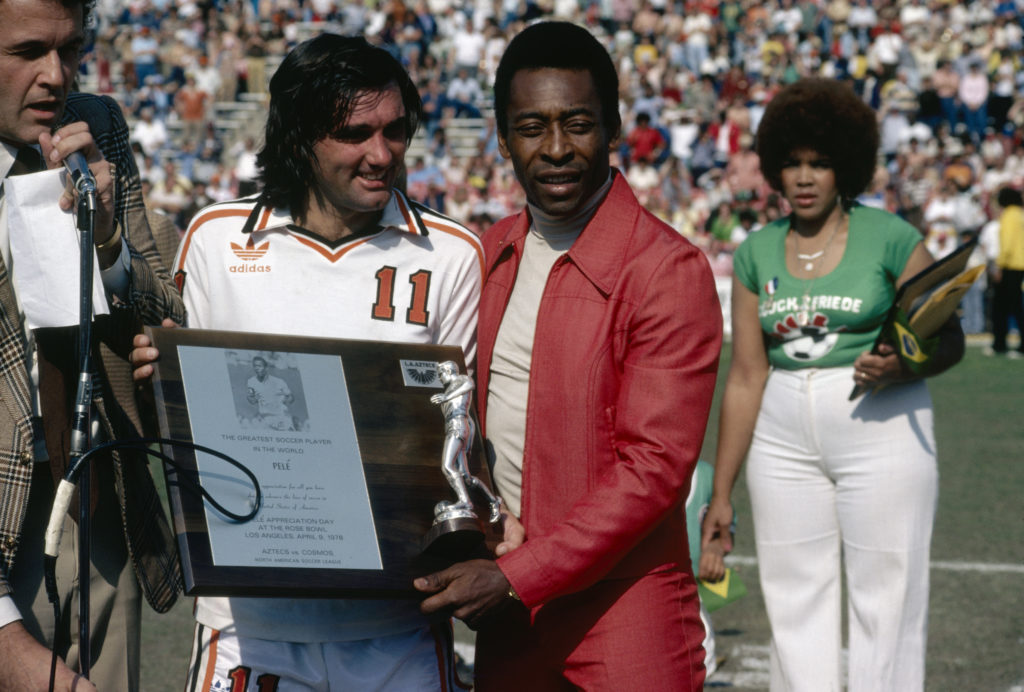 George Best presents Pele with a plaque commemorating the Brazilian as the best soccer player in the world during Pele Appreciation Day at Rose Bowl stadium in Pasedena, California, 9th April 1978.

Despite his genius, Best's life and career were marred by over-exuberance and personal problems, most notably alcoholism.

An extravagant 'playboy' lifestyle led to what was effectively early retirement for the Northern Irishman.

While he would continue playing football on-and-off until 1984, Best's career was all but over a decade earlier when he left Old Trafford at the age of just 28.

In November 2005 he died as a result of a lung infection and multiple organ failure, brought on by his problems with alcoholism. He was 59-years-old.