IRELAND'S Paul O'Donovan and Fintan McCarthy have taken gold in the Lightweight Men's Double Sculls at the European Championships in Munich today.

Sunday's success for Cork duo O'Donovan and McCarthy marks back-to-back golds in the event at the Rowing Championships after finishing first in Varese, Italy last year. 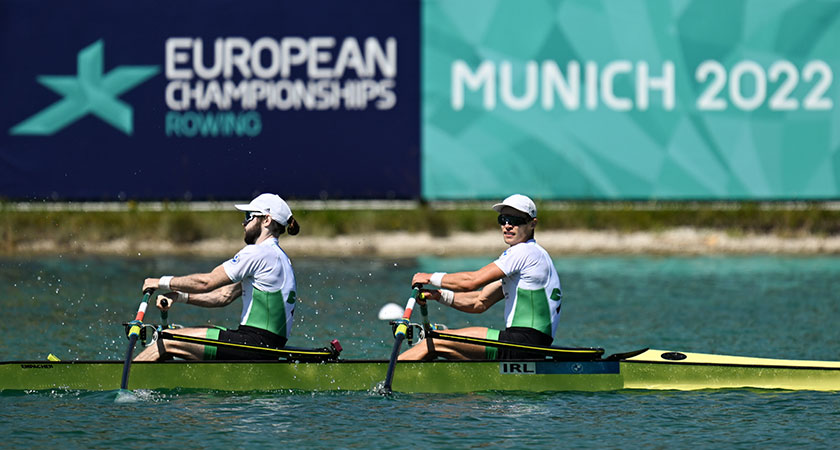 O'Donovan, left, and McCarthy on their way to winning gold (Image: Ben McShane/Sportsfile via Getty Images)

The pair also claimed gold in the event last summer at the Tokyo Olympics.

"We just kept a consistent pace the whole way and we had something in the end that I guess the other crews didn't," said McCarthy after the win.

"We kind of just do what we do, hold our pace that we know we can do from training and it seemed to work out for us.

The pair were up against familiar foes in the shape of Italy's Stefano Oppo and Pietro Ruta, who claimed bronze in Varese and Tokyo.

However, it was Swiss pair Jan Schaeuble and Raphael Ahumada Ireland who set the early pace, holding the lead after the first quarter, with Italy second and Ireland in third.

A strong second 500m saw O'Donovan and McCarthy take over the Italians and set their sights on the Swiss, who held their lead at the halfway point.

The Irish duo, just half-a-second behind at that stage, edged ahead of the Swiss just as the race was about to enter the final 500m. 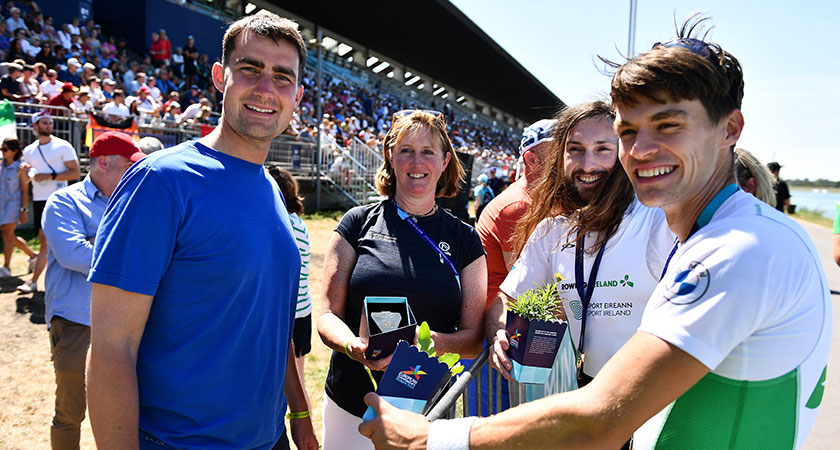 O’Donovan and McCarthy with Minister of State for Sport and the Gaeltacht Jack Chambers TD and Sport Ireland chief executive officer Dr Una May (Image: Ben McShane/Sportsfile via Getty Images)

Oppo and Ruta pulled ahead of the tiring Swiss pair to move into second but could do nothing to catch Ireland, who finished 3.68s ahead of the Italians.

"Fintan has been going really well all year, he's really stepped up again this year and I could feel that behind me driving me along," said O'Donovan.

"It made a big difference in the second half."

Meanwhile, Oppo praised his Irish rivals, who once again showed their prowess in the event.

"We try always to beat the Irish but they are so strong.

"We try always, we try next time."

Following Saturday's success for the women, Lambe said their silver showed the progress that had been made in the sport.

Both the Dubliner and teammate Keogh were part of the Ireland team that claimed bronze in the event at the Toyko Olympics last summer, while the current crew took bronze at the World Rowing Cup II in Poznan in June.

Ireland started strongly and were in the lead after the first 500m and despite falling behind to Great Britain, they held off the challenge of Romania, who finished less than a second behind in third. 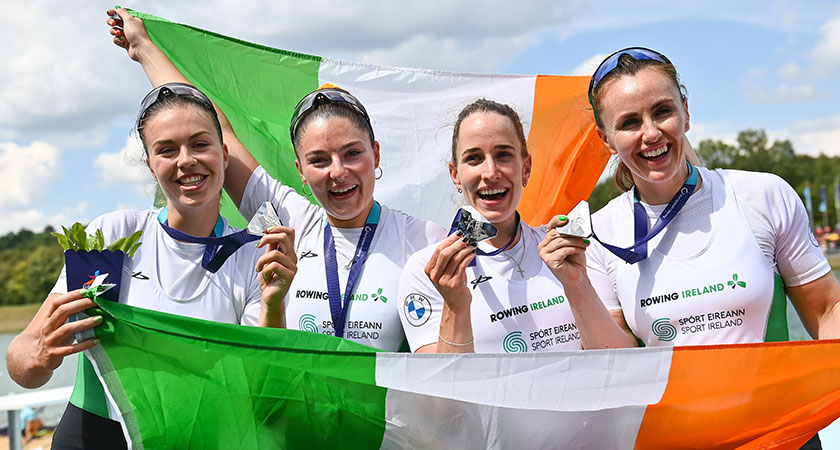 "We tried to keep our heads down," said Lambe.

"We knew we were underdogs coming into it, we managed to grab a bronze medal at the World Cup but that wasn't really expected.

"We knew externally people thought we were a medal chance but we tried not to think about that.

"It was just our crew, our focus the whole way and that's what got us through the weekend." 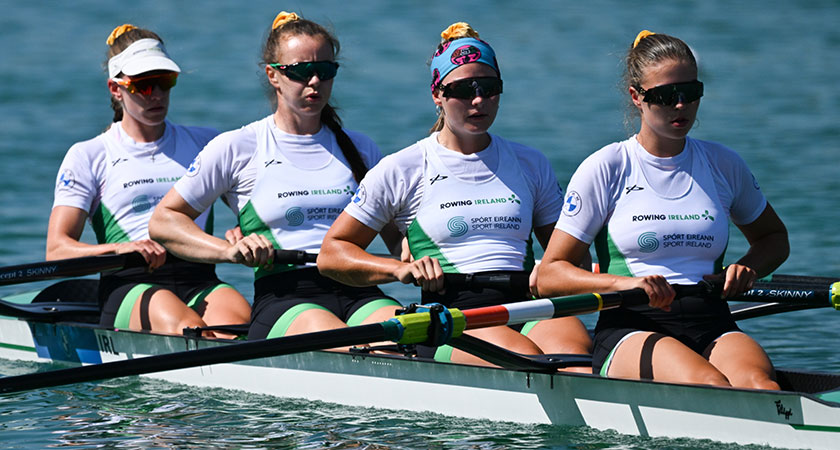 She added: "Six years ago the first ever crew boat for women's rowing made it to an Olympic final — that was an incredible moment.

"Six years on we're in a position where we can field an eight against nations twice, three times our size.

Elsewhere on Sunday, Ireland's Aoife Casey just missed out on a medal, finishing fourth in the Lightweight Women's Single Sculls. just 1.48s behind third-placed Martine Veldhuis of the Netherlands.

On Saturday, Emily Hegarty and Fiona Murtagh finished fourth in the final of the Women's Pair.