The accident happened in Spain, where Cotter has been staying for the past few weeks. 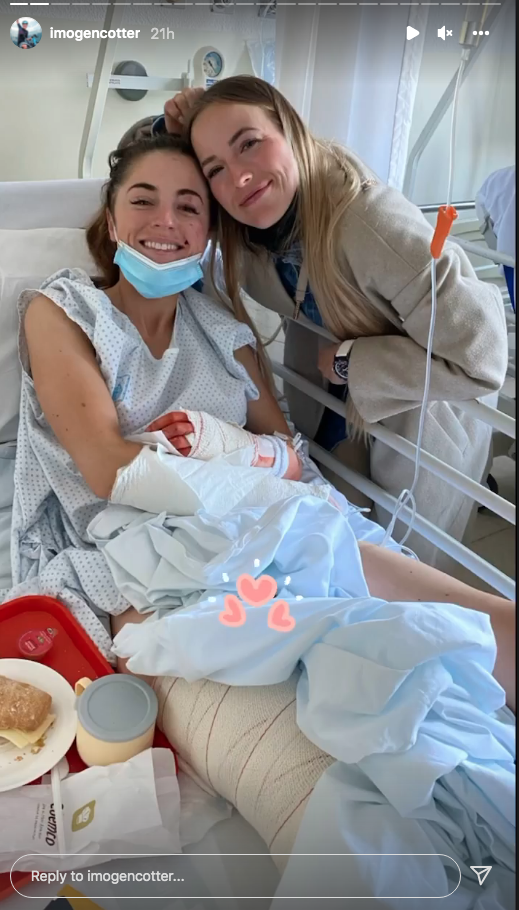 She headed to Belgium to take up a full time career in cycling. She won the national road race title in October last year.

Imogen was then signed by Plantar-Pura on a one-year full-time contract, allowing her to concentrate solely on cycling before her accident.

The Irish-women is based in Girona and explained that the near fatal accident happened when a car attempted to overtake her on the other side of the road. She also said that the driver“drove head-on straight into me at high speed”.

She brought to a nearby hospital by ambulance and later revealed the details of her collison.

“I feel so lucky to be alive. I was taken by ambulance to hospital, where it appears I fractured my patella and broke my radius, as well as needing quite a few stitches,”

“I had surgery late last night. I’m just so grateful to still be here to write this. It could have been so much worse”.

She also showed photos of her broken bike and gave a video of her injuries. both forearms, one bandaged and one in a cast while her legs and face were also injured. One knee is severely swollen while the other was in a cast after being operated upon on Wednesday night.

She said she felt “so lucky” and was “grateful to be alive”.

“I hardly got any sleep last night as I kept waking up thinking I could have died. I’m feeling very grateful to be here”.