REPUBLIC OF IRELAND boss Vera Pauw says her Irish side must beat Georgia in Tallaght if they want to keep their 2023 World Cup dream alive.

The Dutch woman is likely to make changes from the lacklustre 1-1 draw with Slovakia last Thursday, but has confirmed that she will not lose faith in Courtney Brosnan despite Brighton's Megan Walsh being part of Pauw's squad. 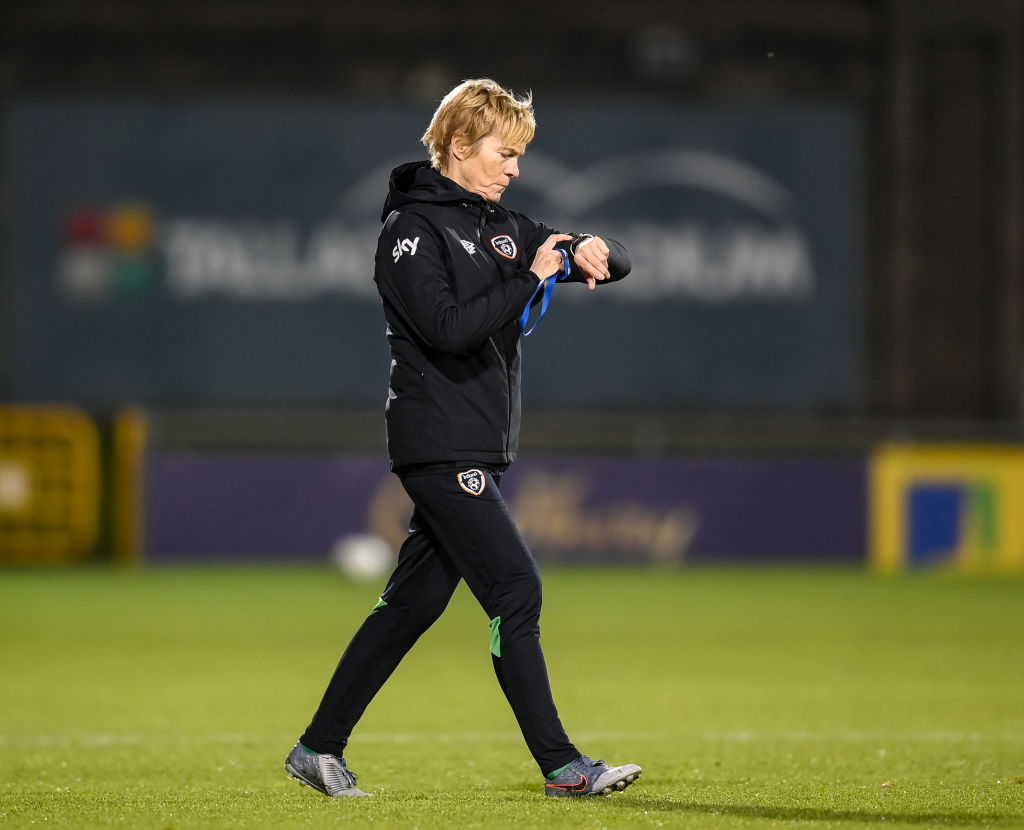 ‘Of course, we must win this game if we are to qualify for the World Cup,’ Pauw said

We have prepared well and are ready for the game, but we know that we must take three points.’

Ireland could be in luck as Georgia are the worst side in form in Group A. They sit bottom, having yet to find the net and have conceded nine goals, so Ireland's creative output could be key

But the Irish boss says there will be little or no tweaks to the Irish tactics in a match that has over 4,000 tickets sold.

We are in the best group. In every pot, it is the highest-ranked seed, more or less. Georgia should be the weaker opposition. But we will play in a way that has the same principles as we usually play but getting more players around the penalty box,’ the manager suggested.

We are confident in the game-plan. We think it works well. It is just about putting the dots on the I’s but we have to respect the opponent too.

‘It is not that they cannot play, but they have some strengths in their squad.

‘They are very fast up front, so we need to really take care of the space behind us and we have to block every pass forward immediately.’

The Republic of Ireland will play Georgia tonight at 20.00.

ROI training ahead of tomorrow night’s World Cup qualifier with Georgia. Thoughts of Vera Pauw on the pressure of a “must-win” game on @VirginMediaNews at 5.30. pic.twitter.com/eRr8S2gx5n